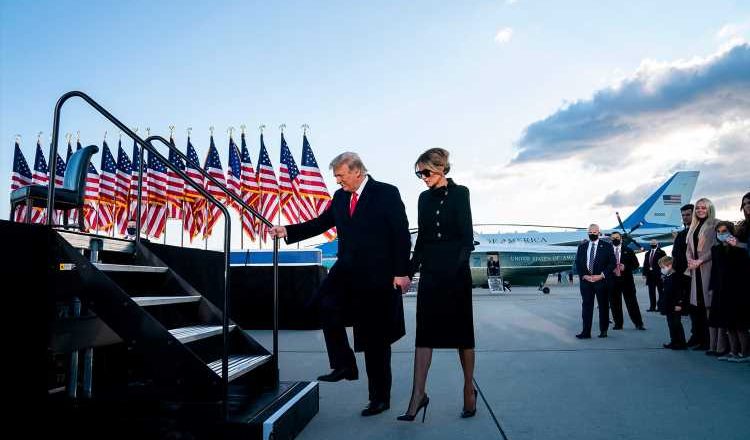 The Palm Beach International Airport will not be renamed after former President Donald Trump.

On Saturday, the South Florida Sun-Sentinel reported that several Florida lawmakers were opposed to renaming the Palm Beach County airport after Trump, who would often travel through to visit his Mar-a-Lago estate.

"When people hear [Palm Beach], they envision our beaches, our equestrian sports, and in some cases our agricultural contributions," County Commissioner Melissa McKinlay told the outlet. "It is a lifestyle."

McKinlay added that "Trump International" would be "better-suited for his golf courses, not our airport."

RELATED: Trump Is Hoping for an Airport to Be Named After Him, Report Says The Sentinel reported that Christian Ziegler, the vice-chairman of the Florida GOP and Sarasota County commissioner, had first suggested the airport be renamed after the former president, who reportedly talked about wanting an eponymous airport.

McKinlay then suggested that Ziegler "stick to renaming his own county facilities, not ours."

There are American airports named after at least eight U.S. presidents, including Ronald Reagan, Bill Clinton and John F. Kennedy.

It was first reported in December that Trump was inquiring with aides about having an airport named after him once he left office. Sources told The Daily Beast that Trump asked about the necessary "paperwork" required to have an airport named "Donald J. Trump." The outlet also cited sources who said Trump had mentioned having an aircraft carrier commissioned and named after him.

"This legislative session I will be sponsoring an amendment to rename U.S. Highway 27 as the 'President Donald J. Trump Highway,'" he wrote on Twitter. "Looking forward to working on this important designation honoring one of the greatest Presidents in American History."

RELATED: Trump Family Arrives in Florida as They Skip Out on Biden Inauguration

On Wednesday, Trump landed in West Palm Beach on Air Force One with his wife, former First Lady Melania Trump by his side just as his successor, President Joe Biden kicked off his Inauguration Day events.

Sources previously told PEOPLE that the Trump family plans to begin their next chapters in the Sunshine State. Trump, a lifelong New Yorker, became a Florida resident in 2019, filing paperwork to officially designate Mar-a-Lago as his family's place of primary residence.

Sources told PEOPLE in December that the residence at the club is undergoing renovations, and Mrs. Trump has been scoping out local schools for their 14-year-old son Barron.

Spokespeople for the president did not respond to a request for comment at the time, though a White House source told PEOPLE that the Trump family "has many homes and they will be traveling between them."