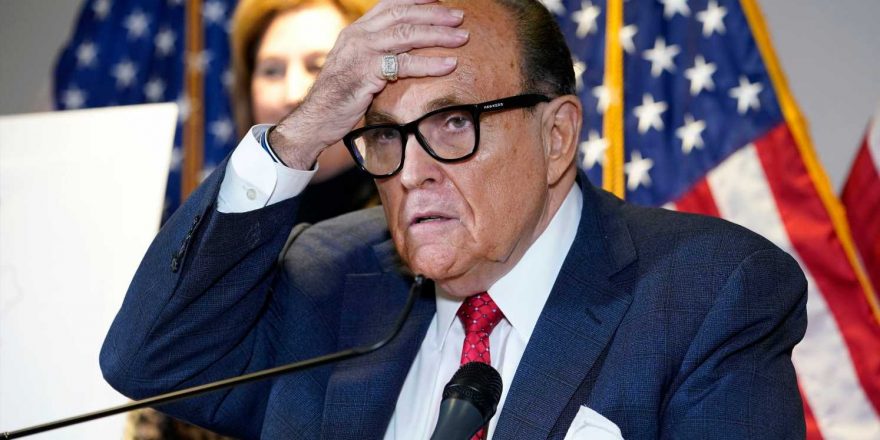 The move represents the highest-profile action yet as part of the inquiry into Giuliani’s lobbying efforts in Ukraine at a time when he was searching for damaging information to assist Trump in the race against President Joe Biden.

The development was first reported by the New York Times.

Giuliani and his lawyer did not immediately respond to requests for comment.

The Justice Department declined comment Wednesday; the FBI did not respond to inquiries.

Federal investigators have been examining Giuliani since at least early 2019, as part of his business dealings with Ukranian-born Lev Parnas and Igor Fruman, of Belarus, who had been indicted in the fall of 2019 on campaign finance charges.

An attorney, Kenneth McCallion, who has represented several Ukrainian clients including former Ukraine Prime Minister Yulia Tymoshenko in U.S. court cases, told USA TODAY at the time that agents asked him about Giuliani’s business dealings with Parnas and Fruman.

The two men played instrumental roles in connecting Giuliani with Ukrainian officials as Giuliani sought information about the financial dealings there of Biden’s son, Hunter Biden.

At the time, McCallion said he “was asked a lot of questions by FBI and other counterintelligence investigators who were looking at Giuliani’s comings and goings in Ukraine and business dealings.”

In the last year of the Trump administration, the federal inquiry had been tangled in an internal dispute as prosecutors sought to push it forward.

During the transition to the Biden administration, it was expected that Attorney General Merrick Garland would be consulted on how the inquiry would proceed.

The raid represents the second time a personal lawyer for Trump has been targeted by federal authorities.