The FBI is investigating an incident of alleged harassment by Trump supporters of a Biden campaign bus in Texas, the Texas Tribune reported, citing a local law enforcement official.

The campaign bus was en route from San Antonio to Austin on Interstate 35 on Friday when a caravan of vehicles with Trump signs and flags veered close to the bus and yelled profanities.

Democratic presidential nominee Joe Biden and his running mate, Senator Kamala Harris, were not on the bus and no one was hurt, although local law enforcement was called to help the bus get to its destination. The campaign scrapped an event scheduled in Austin for Friday after the incident.

President Donald Trump tweeted a video of the incident on Saturday night with the comment, “I LOVE TEXAS,” and briefly mentioned it during a campaign rally in Michigan on Sunday. 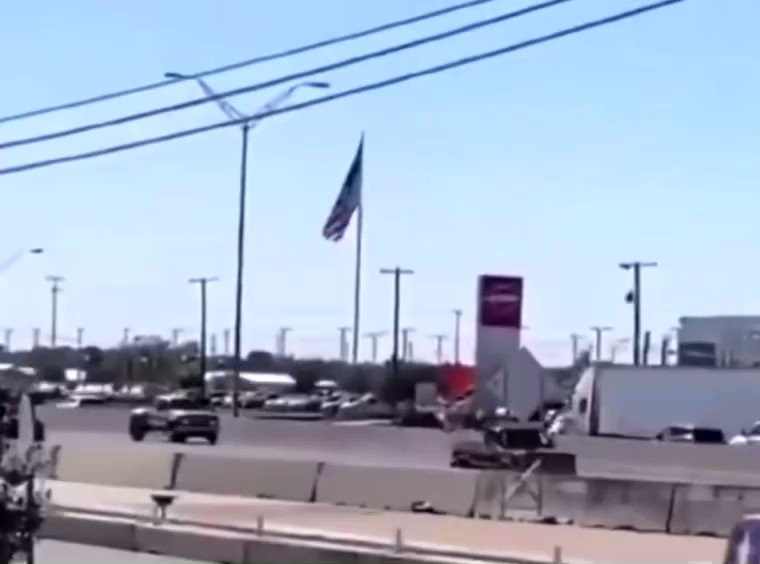 121.9K people are Tweeting about this


Tariq Thowfeek, Texas communications director for the Biden campaign, said the Trump fans “decided to put our staff, surrogates, supporters, and others in harm’s way” rather to engage in a conversation about the candidates’ different visions.

Ronna McDaniel, chairwoman of the Republican National Committee, said Sunday she hadn’t seen the whole video and couldn’t comment on the part where one of the cars appears to almost crash into the bus.

“Certainly we don’t want harm and we shouldn’t be hurting other people. The president would not endorse that,” McDaniel said on CBS’s “Face the Nation.”

The White House and Trump campaign didn’t immediately respond to requests for comment.

Donald Trump Jr, the president’s son, appeared in a video on Twitter last week encouraging supporters of the president to show up for one of Harris’s events in Texas.

“It’d be great if you guys would all get together, head down to McAllen and give Kamala Harris a nice Trump Train welcome,” Trump Jr said.

— With assistance by Jennifer Epstein