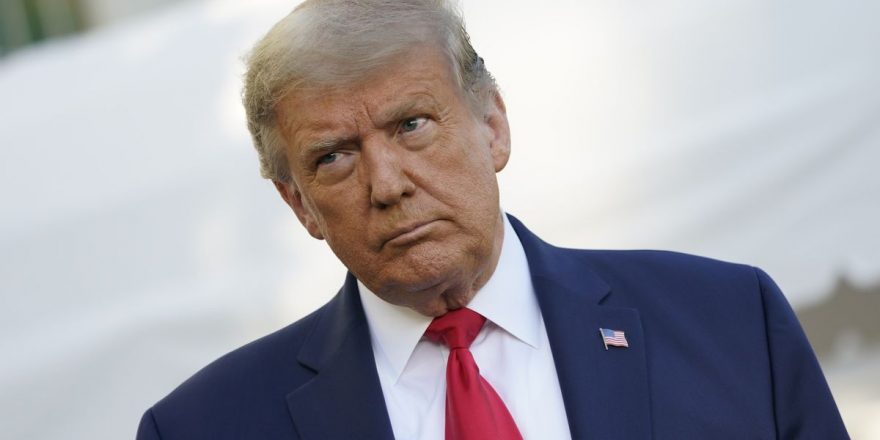 Facebook Inc. said it was extending a ban on posts by U.S. President Donald Trump “indefinitely,” or for at least two weeks, until Joe Biden takes office.

“We believe the risks of allowing the President to continue to use our service during this period are simply too great,” Chief Executive Officer Mark Zuckerberg said in apost Thursday. The blocks in place will be extended “until the peaceful transition of power is complete.” President-Elect Biden is to be sworn in on Jan. 20.

The social media giant suspended Trump on Wednesday for 24 hours — its first-ever ban on the president — on both Facebook and Instagram, for encouraging violent rioters who had mobbed the U.S. Capitol.Twitter Inc. also suspended Trump’s account for 12 hours conditional on him removing three tweets, including one video message of Trump expressing love for the insurgents and calling the election “fraudulent.” Twitter warned at the time that Trump could receive a “permanent suspension” if he continued to break the rules. Snap Inc. has also banned Trump indefinitely.

Twitter and Facebook had previously removed some of Trump’s content or put it behind a warning screen if it contained misinformation or incendiary language, but neither company had ever completely suspended his account, saying his messages had inherent news value. Zuckerberg said the current context is “fundamentally different.”

Trump’s decision to “use his platform to condone rather than condemn the actions of his supporters at the Capitol building has rightly disturbed people in the U.S. and around the world,” Zuckerberg said. The social network removed those statements because they judged their effect and “likely their intent” would be to provoke further violence.

The events in Washington Wednesday caused public outrage, much of it targeted at social media companies, who were blamed for providing the president with a megaphone to incite violence. Trump used Twitter as well as other social media providers, including Facebook and Google’s YouTube, to urge supporters to protest and remained silent for hours as the mob scene grew dangerous.

Twitter, Facebook and YouTube all took steps to delete or limit the circulation of some of Trump’s recent postings in the chaos of Wednesday’s events. But those moves didn’t quell the calls to delete the president’s accounts altogether.

“You’ve got blood on your hands, ‪@jack and Zuck,” tweeted venture capitalist Chris Sacca, a well-known early Twitter investor. “For four years you’ve rationalized this terror. Inciting violent treason is not a free speech exercise. If you work at those companies, it’s on you too. Shut it down.”

The sanctions against Trump started to spread beyond social media on Thursday.Shopify Inc., a Canadian e-commerce platform, said it pulled all digital stores affiliated with Trump, including the official retail site of the Trump Organization,Trumpstore.com off its platform.

“Shopify does not tolerate actions that incite violence,” a Shopify spokeswoman said by email. Trump’s actions violate the company’s Acceptable Use Policy, “which prohibits promotion or support of organizations, platforms or people that threaten or condone violence to further a cause,” she said. “As a result, we have terminated stores affiliated with President Trump.”

Since Trump’s inauguration, the nation has rarely gone so long without hearing from the president via the internet. When he came down with Covid-19 in October, observers took it as a sign he was truly sick when the tweets stopped for a few hours. Critics have long called on the platforms to enforce their own rules against Trump. After Biden’s inauguration, Trump becomes a private citizen and is more vulnerable to permanent bans if he breaks social media rules.

— With assistance by Danielle Bochove