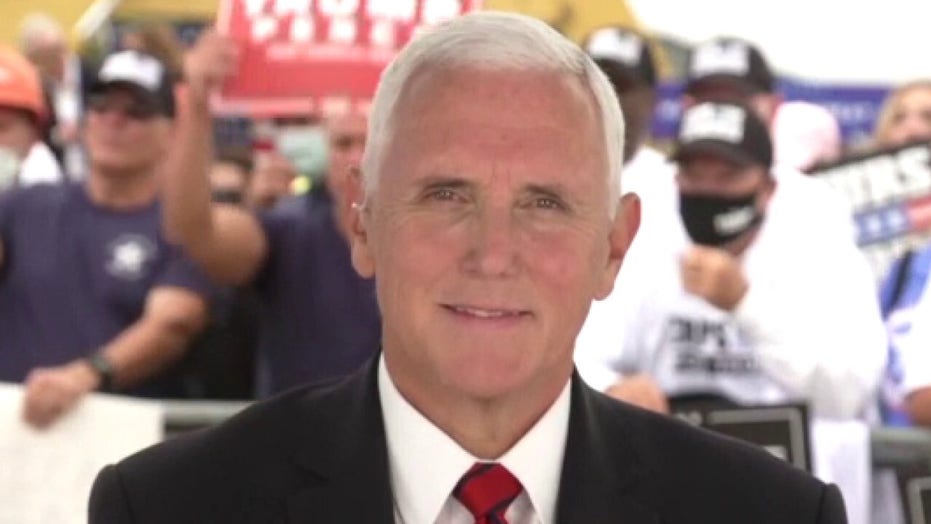 Former Ohio State University quarterback Cardale Jones said Monday his presence at Vice President Mike Pence’s rally in Columbus should not be taken as a gesture of support for President Trump’s campaign.

The ex-Buckeyes star posed for photos with Trump supporters at the event held at concrete contractor Nickolas Savko & Sons. In tweets after the event, Jones said he declined to be interviewed at the event because he was there to support a local business, not endorse a political candidate.

“I was there to support a local business who hosted the event,” Jones said. “No political or social attachment. Just support for the business!!”

Jones added that he wanted “peace, justice and equality for all” and acknowledged that politics "isn’t my forte.”

“As I continue to EDUCATE myself on both candidates and policies, then I’ll vote for who I THINK is best fit to lead our country,” the former NFL quarterback said.

SHIFT IN OHIO VOTE TALLIES AFTER ELECTION NOT A SIGN OF 'SOMETHING NEFARIOUS,' SEC. OF STATE SAYS

After playing a key role in the Buckeyes’ national title season and starting several games at quarterback the following year, Jones was selected in the fourth round of the 2016 NFL Draft. As a professional, he had stints with the Buffalo Bills, Los Angeles Chargers, Seattle Seahawks and, most recently, for the XFL’s DC Defenders.

Ohio is key battleground state in the 2020 election. Trump won the state by 8 percentage points in 2016, but recent polls have showed Biden with a slight edge over the president.