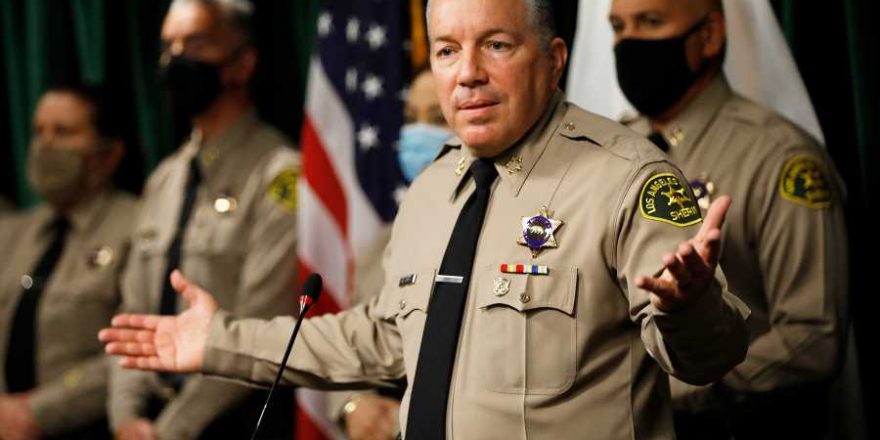 The gang scandal within the Los Angeles Sheriff’s Department has flared up again, with the county’s top watchdog accusing LASD brass of stonewalling its investigation into tattooed gang members within the department, and the department accusing the inspector general of an “unhealthy obsession to attack” the LASD.

A new letter to Sheriff Alex Villanueva from Los Angeles County Inspector General Max Huntsman reveals that Huntsman’s office is investigating at least 41 deputies for their alleged membership in tattooed “law enforcement gangs.” The letter cites a “partial list of deputies whom the Sheriffs Department itself has identified as allegedly being tattooed members,” a list that includes “eleven alleged Banditos and thirty alleged Executioners.”

His Deputies Got Caught Forming Gangs, But L.A.'s Sheriff Is Too 'Busy' to Talk About It

50 Best Action Movies of All Time

RS Recommends: 5 Devices You Need to Set Up Your Smart Home

The alleged deputy gangs within the LASD operate out of the department’s precincts, called “stations” in LASD lingo. The Banditos are linked to the East Los Angeles station, while the Executioners, according to Huntsman’s letter, are “a deputy gang based out of the Sheriff’s Department’s Compton Station.”

Deputy gangs have plagued the LASD for decades — as detailed by a county-commissioned 2021 report by the RAND corporation — and members have been accused of violence, discrimination, harassment, and intimidation, not only against members of the public but fellow members of the department. The county has paid out at least $55 million in settlements to resolve claims linked to alleged deputy gangs.

Not unlike in street gangs, sheriff-deputy gang members receive matching tattoos. The Bandidos emblem is a skeleton with a sombrero and a handlebar mustache holding a smoking revolver. As described by Huntsman, the Executioners’ tattoo features “a skeleton with a Nazi-style military helmet.”

The terminology used to describe these deputy gangs has been controversial. They have also variously been described as “subgroups” and “cliques.” In February, Sheriff Villanueva sent a letter to the county board of supervisors demanding that they “cease and desist from using the derogatory term ‘deputy gangs,’” arguing that the term “serves no purpose other than to fuel hatred … against our people.”

But Huntsman makes clear his office is investigating the deputies under a specific section of the California penal code that prohibits “law enforcement gangs.” And Huntsman is far from alone in denouncing LASD gang activity. Last year, Rep. Maxine Waters (D-Calif.) called for a federal investigation of the Executioners, whom she described as “a rogue, violent gang of law enforcement officials.” This February, Rep. Jamie Raskin (D-Md.), chair of the House Subcommittee on Civil Rights and Civil Liberties, similarly called for the Justice Department to launch “a full investigation” into “violent contingents of deputies” who belong to “unauthorized, exclusive, and secretive gangs.”

In his letter, Huntsman blasts Villanueva’s top deputy, undersheriff Timothy Murakami, for failing to turn over documents related to the gang investigation requested in January. “The Sheriffs Department may not refuse to produce the records requested,” Huntsman writes, “by unilaterally declaring that no deputy sheriff is a member of a ‘law enforcement gang.’” The inspector general writes that he’s “required by law to investigate” potential gang activity, and that the law also requires the LASD to cooperate.

Huntsman’s letter also makes clear that the investigation is not limited to the Banditos and the Executioners, but and also seeks documentation of deputies linked to “potential law enforcement gangs” known as the “Gladiators,” “Jump Out Boys,” “The Grim Reapers,” and “The Vikings.”

The post touts Villanueva’s commitment to “transparency and accountability” and claims that “all legally obtainable information requested by the Office of the Inspector General has been provided.”

Finally, it accuses the Inspector General of playing politics — seeking to tarnish Villanueva in an election year. “The timing of this letter suggests Mr. Huntsman is using his public office and resources,” the post contends, “to campaign against the sheriff leading up to the June primaries.”