Gabby Giffords: Joe Biden was there for me. He’ll be there for you, too

Former U.S. Rep. Gabby Giffords, D-Ariz., who survived an assassination attempt in 2011, gave a powerful speech in a video streamed Wednesday at the 2020 Democratic National Convention in which she recounted her road to recovery and urged Americans to support Joe Biden for president.

The two-and-a-half-minute video showed Giffords preparing with a speech therapist and playing “American (My Country, ‘Tis of Thee)” on a French horn before delivering her speech in front of an American flag. 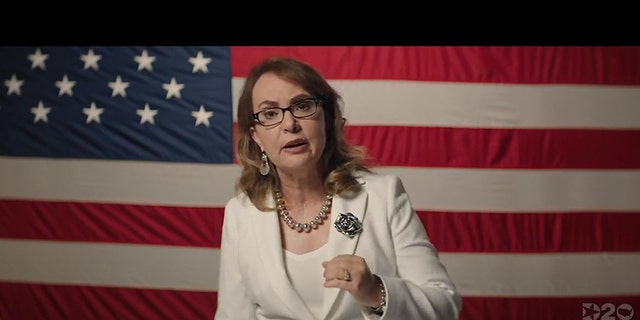 “I’ve known the darkest of days,” Giffords said. “Days of pain and uncertain recovery. But confronted by despair, I’ve summoned hope. Confronted by paralysis and aphasia, I responded with grit and determination. I put one foot in front of the other. I found one word and then another.”

Giffords made headlines in January 2011 after surviving an assassination attempt in Tuscon, Ariz. She and nearly 20 other people were shot – including six fatally – at an event for constituents that she was hosting. Giffords was left with severe brain injuries but went on to make a remarkable recovery. Since then she has established herself as one of the country’s most outspoken proponents of gun control.

“We are at a crossroads. We can let the shootings continue, or we can act. We can protect our families, our future. We can vote, we can be on the right side of history,” she said.

She then told viewers that Biden was there for her after the shooting and that they must participate in the November election to be “on the right side of history.”