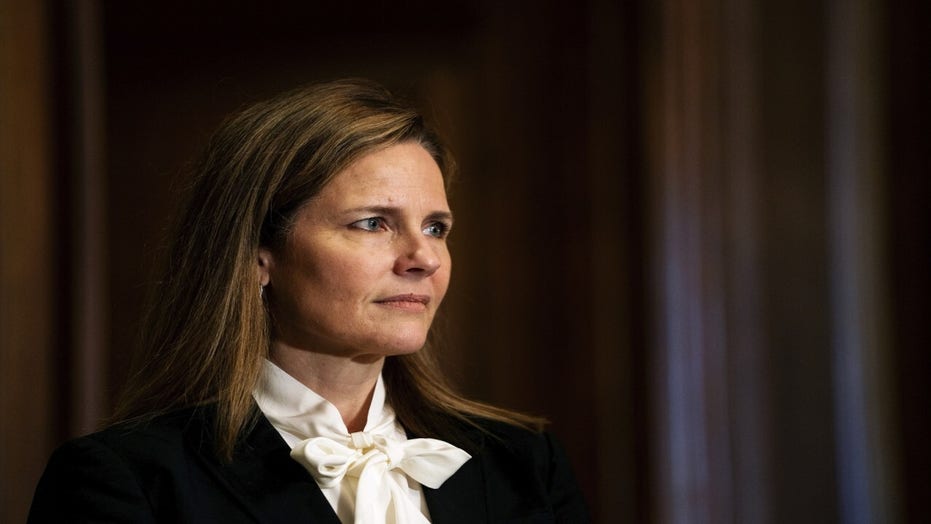 Sens. Todd Young and Michael Braun, both Republicans, and Patricia O’Hara, a former Notre Dame Law School professor, will speak at the start of the Senate Judiciary Committee hearing, according to new details released by the committee Friday night.

The trio of Hoosiers will each deliver a 5-minute speech about Barrett's qualifications for the high court before Barrett — the choice of President Trump to fill a court vacancy created by the Sept. 18 death of Justice Ruth Bader Ginsburg — is sworn in to testify.

Barrett, a Seventh Circuit Court of Appeals judge, will then deliver her opening remarks to the committee to cap off the first day of her confirmation hearings.

Questioning of Barrett will start in earnest Tuesday when Senate Democrats on the committee are expected to grill her on issues related to health care, abortion and gun rights.

Barrett graduated from Notre Dame Law School in 1997. After clerking for the late Supreme Court Justice Antonin Scalia and working in private practice, she returned to Notre Dame in 2002 as a law school professor. Her fellow Fighting Irish faculty supported her successful 2017 nomination to the federal appeals court.

O'Hara is a former dean of the Law School and a mentor and friend to Barrett. In an article about O'Hara's retirement, Barrett praised O'Hara's encouragement and kindness.

"Despite her many responsibilities, she visited me with gifts when my children were born and never forgets a birthday," Barrett, a mother of seven, said of her mentor. 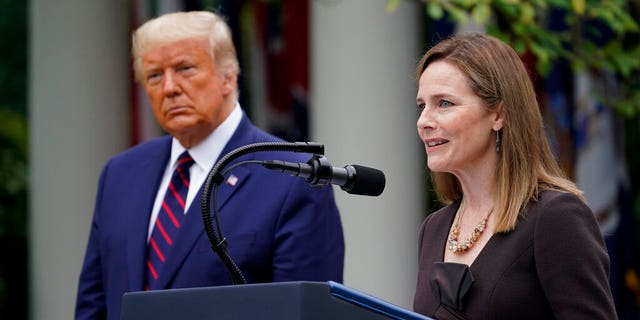 Judge Amy Coney Barrett speaks after President Donald Trump announced Barrett as his nominee to the Supreme Court, in the Rose Garden at the White House, Sept. 26, 2020, in Washington. (Associated Press)

Monday's hearing will kick off an ambitious schedule set by Senate Republicans to confirm Trump's third Supreme Court pick by the Nov. 3 election. Republicans hold a 53-47 majority over 45 Democrats and two independents in the upper chamber and the GOP appears to have the votes to approve Barrett, despite Democrats' outcry that the process is illegitimate just days before Americans will decide control of the White House and Senate.

One challenge to the confirmation is the White House coronavirus outbreak that has extended to at least three GOP members of the Senate, including two members of the judiciary committee.

House Judiciary Committee Chairman Lindsey Graham, R-S.C., will preside over the Capitol Hill hearing in person, but each senator on the committee will have the option of appearing virtually to stop the spread of the virus.

The two Republican committee members testing positive for the virus, Sens. Thom Tillis of North Carolina and Mike Lee of Utah, announced last week that they were isolating.

Monday's hearing will kick off at 9 a.m. with an opening speech by Graham. The top Democrat on the panel, Sen. Dianne Feinstein, D-Calif., will follow with her remarks.

Then each of the 20 other senators on the panel will be allowed to speak for 10 minutes each.

When all the senators are done, the introductions from Young, Braun and O'Hara will begin.

After all that, Barrett will then get her first chance to speak.

The hearings are expected to run through Thursday, with an anticipated Oct. 22 committee vote on advancing Barrett's nomination to the Senate floor.

If that timetable holds, Barrett could receive a full Senate vote by the end of October, making her the fifth woman to earn a lifetime appointment to the Supreme Court.