Democrats tap ‘fundraging’ to garner hundreds of millions for campaigns

Sources tell FOX Business’ Charlie Gasparino that firms and banks are giving almost twice as much to Biden than to Trump.

Mike Dorsam read that President Trump paid $750 in federal taxes two years in a row, took out his phone and decided a $7.50 contribution to Democratic presidential nominee Joe Biden seemed about right.

Think of it as “fundraging” — the term some political strategists are using to describe how Democrats have tapped into heightened emotions to boost campaign donations to unprecedented levels this year.

Across the 14 most-competitive Senate races, Democrats collectively raised nearly $200 million more than their Republican counterparts in the three-month period that ended Sept. 30, according to Federal Election Commission reports filed Thursday.

Leading the pack was Mr. Harrison, who collected $58 million for the quarter, beating the previous quarterly Senate fundraising record by about $20 million. Mr. Graham, who has been vocal about his challenger’s formidable cash hauls, raised $28 million, the most ever for a Republican Senate candidate. Neither campaign responded to requests for comment.

Mr. Biden said Wednesday that his election effort raised $383 million in September, setting a new presidential fundraising record for a second consecutive month. That is 54% more than the $248 million Mr. Trump’s re-election campaign said it raised.

Democratic donors are also showering cash on House campaigns, the new FEC filings show. The party’s candidates in all but five of the 25 races rated as tossups by the nonpartisan Cook Political Report outraised the Republicans. In Texas, Wendy Davis, one of the Democrats’ best House candidates in fundraising, more than doubled Republican Rep. Chip Roy’s $1.6 million third-quarter total.

Carolyn Campe, a retired lawyer in Boca Raton, Fla., had never made a campaign contribution until this election, records show. Now she has donated more than 6,000 times, often just a buck or two, to dozens of Democrats.

“I am so anxious to get rid of President Trump that I would do almost anything,” she said. “This is an emergency. It’s truly frightful. I just sit here and read the news and the political emails and donate, donate, donate.”

There are signs that GOP candidates also see their fundraising fortunes rise when tempers flare. The Trump campaign and the Republican National Committee raised $117 million over several months in a “Stop the Madness” impeachment-inspired fundraising drive.

Lacy Johnson, a Republican, raised more than $6 million during the third quarter for his challenge to Democratic Rep. Ilhan Omar of Minnesota, a member of the liberal “Squad” who has drawn frequent GOP criticism. Mr. Johnson is a long shot in a heavily Democratic area. 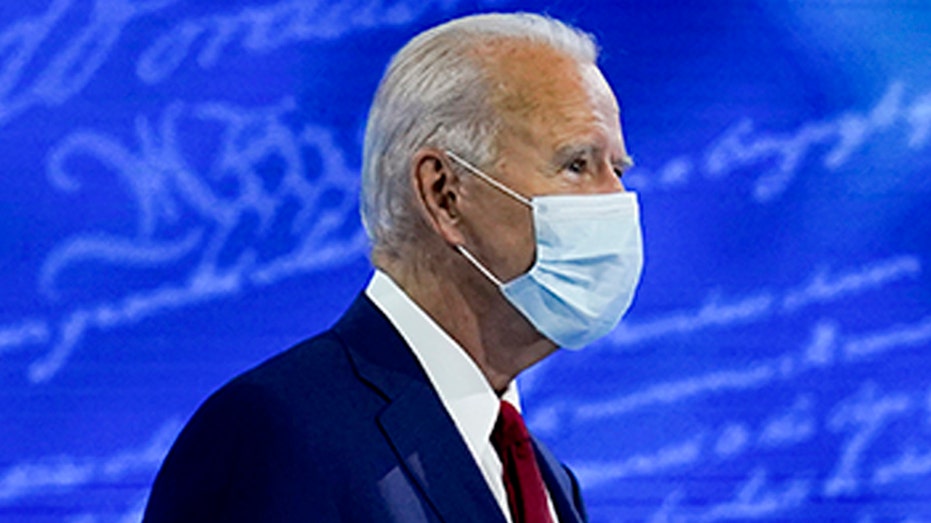 But small online donations have flowed more to Democrats than Republicans. Senate Majority Leader Mitch McConnell and other GOP heavyweights have been sounding alarms for months about Democratic fundraising. Mr. McConnell has complained that Republicans are outmatched by Democrats’ online-payment processor ActBlue.

The GOP started a version last year called WinRed, and it was quickly adopted by Mr. Trump and most Senate and House candidates. The platform helped Republicans raise about $672 million over the three months ended in September, less than half of what ActBlue processed for Democrats in the same period.

Democratic donors have been mobilized by headline-making events such as the death last month of Supreme Court Justice Ruth Bader Ginsburg and the debates.

She also bought one of the 35,000 fly swatters the Biden campaign sold after a fly perched atop Mr. Pence’s head for more than two minutes during the debate. Ms. Dorn said she wanted to help run up the fundraising total as a way to send a message to Republicans.

Mr. Dorsam, a public-school teacher in Illinois, said that in addition to giving to Mr. Biden, he has been donating mostly in $5 increments to a half-dozen Democratic Senate candidates across the country. He said he is incensed by Mr. Trump’s handling of the coronavirus pandemic and thinks that elected Republicans “have done nothing to counter his reckless actions.”

Mr. Ruffini, the Republican pollster, said the Democrats’ small-donor fundraising success—and woes in his own party—can’t be attributed solely to technology.

For several elections, Democrats have hammered home the importance of contributing small amounts in a way that Republicans haven’t, strategists in both parties said. Vermont Sen. Bernie Sanders fueled two presidential campaigns by urging supporters to give $27, imprinting the small-donor ethos on the entire party. Mr. Trump stands out among Republicans for his campaign’s ability to attract small donors.

Ms. Campe said she gives frequently to Democrats because she views Republicans as having “big, professional donors to help them. Democrats need us.”

Democrats such as New Jersey Sen. Cory Booker and New York Rep. Alexandria Ocasio-Cortez spread the word to millions of social-media followers about one-click lists on ActBlue that enable a donor to split giving between candidates in some of the country’s most important races. The “Get Mitch or Die Trying” ActBlue page created by the liberal group Crooked Media has channeled more than $30 million to Senate battlegrounds, according to the group’s website.

“‘Fundraging’ reflects the daily indignities of living in Trump’s America,” the progressive digital strategist Travis Mockler said. Especially with the coronavirus pandemic limiting political engagement such as knocking on doors and attending events, he said, donating has become the go-to outlet for Democrats who want to engage in politics.