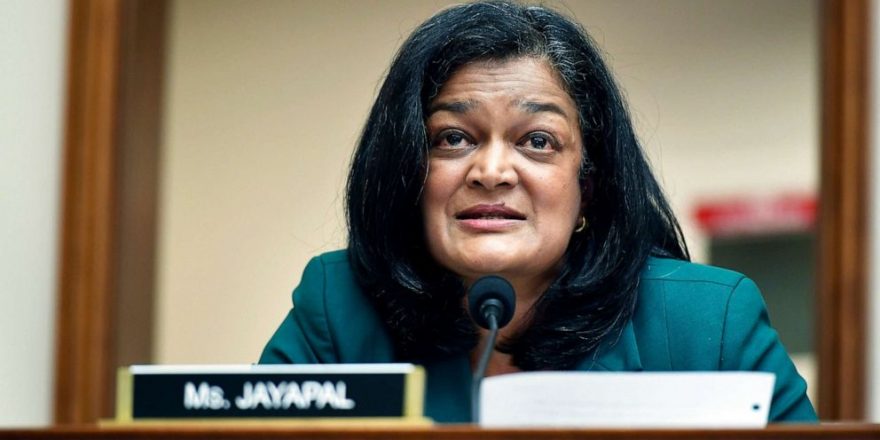 As Senate Republicans prepare to deliver a revised infrastructure proposal to the White House this week, progressive House Democrats are pushing party leaders to keep thinking big — warning against a narrow package.

A letter, obtained first by ABC News, calls on Democratic leaders to be skeptical of Republican overtures — and underscores the delicate balance President Joe Biden must strike inside his own party as he works to secure another major legislative achievement.

Progressives have called on Democratic leaders to “pursue a larger up-front investment” in infrastructure “that truly meets this historic moment,” beyond the roughly $2 trillion proposal first introduced by Biden to kick-start negotiations with Republicans.

Instead, the Democrats called on party leaders, who will help craft the package that makes its way through Congress, to look to Biden’s Build Back Better campaign proposal to spend $7 trillion on housing, education, clean energy and environmental infrastructure programs.

The pressure from the left, comes as bipartisan negotiations kick into high gear. On Tuesday, the president is expected to meet with a group of Republican senators, including Sens. Shelley Moore Capito and John Barrasso, at the White House to discuss a path forward.

Amid Biden’s stated interest in a bipartisan infrastructure package and GOP lawmakers’ meetings with key administration officials, progressives warned Pelosi and Schumer that “the trade-offs for Republican votes are stark.”

They called on them to continue discussions with the White House that “may require reforming or even eliminating the Senate filibuster as well as wielding the full powers available of the presidency, vice presidency, and relevant federal agencies to achieve these goals.”

In the Senate, which remains equally divided between both parties, Democrats lack the votes even among their own members to alter the legislative filibuster and the 60-vote threshold required to pass an infrastructure package.

Biden also appears to be pursuing a multi-track strategy on infrastructure legislation that could involve a more measured initial compromise with Republicans on funding for roads, bridges, airports and broadband, followed by a larger package that Democrats could pass with 50 votes in the Senate using the budget reconciliation process.

But progressives argued in their letter that Democratic leaders should consider passing their priorities in a “single, ambitious package combining physical and social investments at hand.”

“President Biden’s bill was an all-encompassing bill, it had human infrastructure. I think we’re ready to separate those and basically deal with one at a time. That’s the way I think we proceed, and again I believe that can be done bipartisan,” Manchin told ABC News last week.

Democrat-led committees are expected to begin crafting the major pieces of the infrastructure package in the coming weeks as negotiations between the White House and Republicans continue — with the goal of action on infrastructure legislation later this summer.