Home » Democrats Are Releasing a Massive Green Jobs and Justice Plan. Here's What's In It 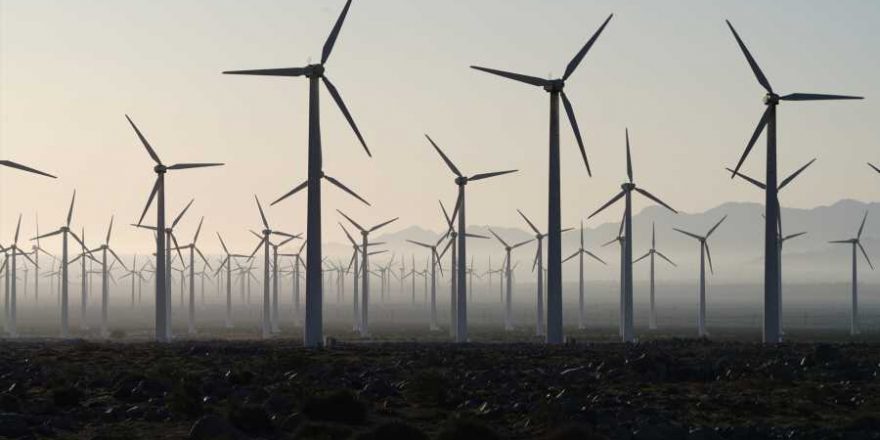 Democrats Are Releasing a Massive Green Jobs and Justice Plan. Here's What's In It

Progressive Democrats in Congress will on Thursday introduce the Transform, Heal and Renew by Investing in a Vibrant Economy (THRIVE) Act. The bill, which has been promoted for months, outlines a “bold and holistic” plan to address racial injustice, the climate crisis, and the economic anxiety and mass unemployment exacerbated by the pandemic. “I think that for us the pandemic has sadly just showcased our belief that we need to figure out how to help people thrive and not just survive,” says Rep. Pramila Jayapal (D-Wash.), one of the bill’s sponsors.

“Bold” may be an understatement. While President Biden’s proposed infrastructure plan calls for spending $2 trillion over the next 10 years, the THRIVE Act green-lights the investment of $1 trillion annually. The money would go toward creating an estimated 15 million “family-sustaining” union jobs, rebuilding the nation’s physical and social infrastructure, and cutting carbon emissions in half by 2030. The bill gives particular attention to lifting up communities of color that have borne the brunt of racial and environmental injustice. “It’s putting forth this unified vision for a recovery that is deeply intersectional, that is extremely bold, and that meets the scale of these multiple crises that we face,” adds Jayapal.

The massive scale of the THRIVE Act means that it exists for now as more of a marker than something with a chance of passing through a Congress that can’t even stomach far more moderate reform measures. But the same could be said of Green New Deal legislation, the principles of which are now largely supported by the American people. Lawmakers introducing the THRIVE Act are seeking to capitalize on this momentum, as well as the unique opportunity offered by a devastating year that has emphasized the imperative for equitable change.

The allocation of the $1 trillion annual investment called for in the THRIVE Act would be guided by a 20-member board composed with representation from impacted communities, indigenous communities, and labor organizations.

The infrastructure upgrades will be geared around cutting emissions in half by 2030, and involve upgrading and expanding water systems, the electrical grid, wind power, solar power, electric vehicle infrastructure, and public transit. The bill holds that by the end of 2030 the majority of Americans will live within walking distance of clean, affordable, high-frequency public transit.

But the THRIVE Act isn’t just a green infrastructure initiative that just tacks on a few racial justice measures. Instead, the bill is very much built around lifting up marginalized communities and righting the wrongs of years of environmental racism. There will be equitable hiring. There will be educational initiatives. There will be equity assessments and guardrails put up to prevent discrimination. Communities of color will be given the tools to sustain themselves on their own terms. The THRIVE Act holds that at least half of the $10 trillion in federal investment over the next 10 years will directly benefit those who have been most affected by systemic racism.

Indigenous communities have been given particular attention. The THRIVE Act was originally introduced as a resolution last September by then-Rep. Deb Haaland, who has since been confirmed as the first Native American secretary of the Interior. The bill is filled with language that centers indigenous people, ensuring they have autonomy over their lands. It also ensures free, prior, and informed consent, which means they’d need to sign off before something like, say, a massive pipeline is built through their lands.

“There’s been a total abandonment of this nation’s duty to engage with each nation on an issue about these projects,” Ashley Nicole Engle, the Green New Deal organizer for the Indigenous Environmental Network (IEN), says of the Dakota Access Pipeline. “Tribes are not organizations. We’re not special interest groups. We’re individual sovereign nations within this larger nation.”

The IEN is one of 15 environmental, labor, and justice groups that make up the Green New Deal Network, the progressive coalition that last year put together what it dubbed the THRIVE Agenda. Since Haaland introduced the THRIVE resolution last fall, it amassed over 100 sponsors before the THRIVE Act was announced in March.

The bill’s introduction on Thursday comes a day after Biden’s first address to Congress, but Jayapal doesn’t see the THRIVE Act as at odds with the administration’s plans, placing them both on the “continuum” of progress and casting the bill as a blueprint for what is possible. “I feel like the progressive movement and the president himself and the people around the president have really moved miles in terms of how they see these crises and what he’s put forward between the jobs and the families plan is incredibly progressive and quite far along on the spectrum,” she says. “However, obviously, we feel like we need even more than we need it faster.”

Part of what makes the THRIVE Act unique is its attention to organized labor, and the creation of not just jobs, but “family-sustaining” jobs. Democrats have long been criticized for glossing over the impact green-economy initiatives like the THRIVE Act will have on those losing their jobs. Remember in 2016 when Hillary told West Virginias that, “We’re going to put a lot of coal miners and coal companies out of business”? The comment was taken out of context (Clinton went on to detail her plan for a just transition), but the gaffe fed into the idea that Democrats were treating fossil-fuel workers like disposable pawns, and that reimagining the economy to take on the climate crisis is at odds with sustaining their livelihoods. It’s hard enough to believe in promises from a political candidate. It’s even harder when it could mean losing your job.

“The deindustrialization of the country has created a lot of cynicism about both the role corporations and government played in really creating a transition for those manufacturing workers,” says Mary Kay Henry, president of the Service Employees International Union (SEIU), which is also part of the Green New Deal Network. “That’s why we are so fierce in saying they can’t just be any old job. They have to be living wage jobs where workers have the opportunity to form a union.”

But there have been some recent signs that the fossil-fuel workers could be coming around to the idea of transitioning to a green economy. Last week, United Mine Workers of America President Cecil E. Roberts told The New York Times that he would be open to a transition so long as there are available jobs in renewable energy and the government provides aid to newly out-of-work miners. “We’re on the side of job creation, of a future for our people,” Roberts said. “If that isn’t part of the conversation at the end of the day, we’ll be hard pressed to be supportive.”

“Biden has anchored his climate action in the creation of good jobs that people can actually feed their families on as opposed to creating a green energy sector that is poverty wage,” Henry explains. “I think that’s created a huge shift in the labor movement thinking. Yes, we’re not going to have the same mining jobs in West Virginia, but what jobs can exist as we rebuild physical infrastructure and open up solar and wind.”

The THRIVE Act isn’t likely to make it through Congress as a single piece of legislation and cure what ails America, but, as Jayapal puts it, it’s providing a vision for what the nation can “see as possible.” A decade ago few in the Democratic establishment would have dreamed of even considering the idea of transitioning to an economy predicated on clean energy. Nevertheless, the ideals put forth in Green New Deal legislation have seeped into the policies of the Biden administration, to the policy preferences of average Americans and, increasingly, into what fossil-fuel workers see as sustainable — not just for the country, but for their own livelihoods.

“I always remind people that sometimes in organizing and progressive movements it feels like you’re not making progress, or it’s too slow and too slow and too slow,” Jayapal says. “Then suddenly there’s a tipping point. There’s something that happens in the outside environment that wakes people up, which I think the pandemic has done. The movement has been building and building and building, and so it’s ready for that moment when that tipping point occurs, and it can quickly jump into action. I feel like that’s where we are and we’re always going to want more, but we’ve moved so dramatically. It’s really exciting.”