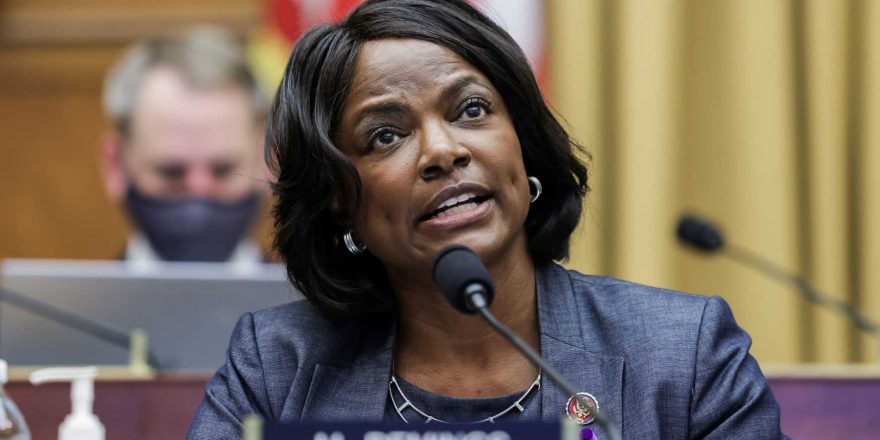 Demings had previously confirmed she was looking at a bid for higher office in Florida. She had not discounted the possibility of challenging Republican Gov. Ron DeSantis.

Her decision to instead seek a Senate seat comes as Democrats look to defend their razor-thin majority in the chamber from Republicans eager to win back the congressional power they lost in the 2020 election.

Politico, which first reported Demings' plans, said the Democrat still has a smidgen of room to change course but plans to make her final decision on the race as early as next month.

In the 2020 election, Demings was seen as a top contender on then-candidate Joe Biden's list of potential vice presidential picks.

Now a third-term member of Congress, the 64-year-old Demings was the first Black woman to serve as chief of police in Orlando. She also was an impeachment manager in the first Senate trial of former President Donald Trump.

"Val is an impressive and formidable candidate whose potential entrance would make the race against Rubio highly competitive," the Democratic source said.

Trump was acquitted in the GOP-held Senate on the articles of abuse of power and obstruction of Congress. Biden ultimately picked former California Sen. Kamala Harris as his running mate.

Rubio, 49, has already announced he plans to seek a third term in the Senate in 2022. Political analysts say his seat is likely to stay in Republican hands.

A spokesman for Rubio did not immediately respond to CNBC's request for comment on Demings' plans.

Florida, long a crucial battleground in presidential elections, has in recent years become a Republican stronghold. The state now has two Republican senators and a Republican governor, and it went for Trump over Biden in 2020.

A spokesman for Rubio's campaign, without mentioning Demings, told CNBC that Democrats "are tripping over themselves in a race to the left" as they search for a candidate.

"Senator Rubio's record of results for Florida is unmatched, from passing the bipartisan PPP program that saved millions of Florida jobs to providing critical tax relief for hard working families," the spokesman said.