A proposal in the emerging Democratic spending bill that almost nobody is talking about could lift millions of America’s neediest people out of poverty, according to a new report.

The proposal would bolster Supplemental Security Income, or SSI, which provides direct financial support to people who have disabilities or are elderly, and who have minimal assets and income.

President Joe Biden has endorsed the proposal and said he wants it to be part of the “human infrastructure” bill that Democrats hope to pass in the fall. On Monday, the Urban Institute released a report suggesting that fully funding the initiative could reduce the number of Americans living in poverty by 3.3 million.

The cost would be substantial: More than $500 billion in new government spending over 10 years, according to estimates. But it has several component pieces, each of which would have substantial impact.

Rebecca Vallas, a senior fellow at The Century Foundation, said the findings prove that the proposal represents a “once-in-a-generation” opportunity to update SSI.

“Enacting President Biden’s SSI commitments would go a long way towards fulfilling his pledge that seniors and disabled people should never have to live in poverty in America,” Vallas said.

SSI is less well-known and frequently confused with SSDI, which stands for Social Security Disability Insurance and provides financial support to people with disabilities who have paid into the system by working. SSI, by contrast, is available to anybody who meets the criteria for age or disability, along with low income and assets.

SSI is vital and indispensable to the roughly 7.8 million Americans who currently receive the program’s monthly checks. But Congress has done little to update the program since it became law in 1972.

Former President Richard Nixon, who signed the law creating SSI, said its enactment meant “the nation’s aged, blind, and disabled people would no longer have to subsist on below-poverty-level incomes.” But today, monthly benefit checks max out at $794, which is below the federal poverty level.

In addition, just $2,000 in savings can make an individual ineligible for benefits, because the program’s “asset limit” hasn’t changed since 1989. 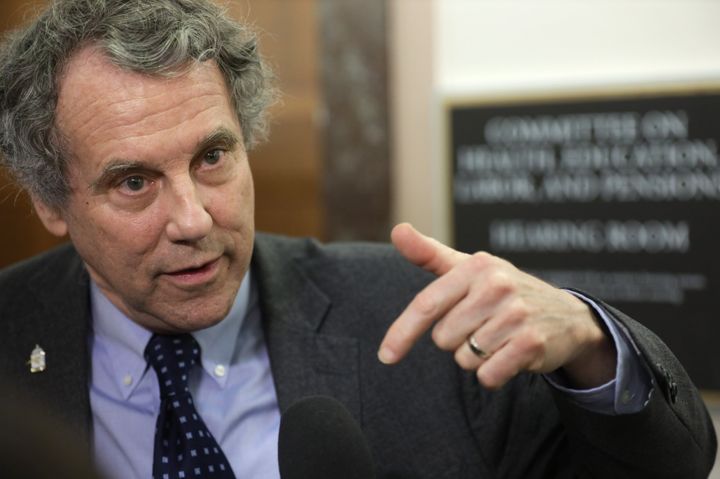 The reforms under discussion would raise the benefit up to the full poverty level and increase the asset limits ― as well as change the formula so those follow inflation more closely in the future.

The legislation would also eliminate a “marriage penalty” that effectively makes many couples choose between keeping their benefits and getting married, and alter a prohibition on “in-kind support” that can dramatically reduce benefits when people accept groceries or a room from someone like a friend or family member.

Taken together, these changes would make some people newly eligible for SSI while providing more money to many who already get the checks. And they would span the generations, according to the Urban Institute projections. That projection of 3.3 million fewer people in poverty includes more than 1.1 million elderly Americans and more than 400,000 children.

The report also notes that the changes “would be highly targeted to a population experiencing serious economic hardship, including children and adults who are blind or have severe disabilities that prevent them from working.”

A Popular Idea — And A Political Challenge

Improving SSI is popular, according to polling, and has been a longtime cause for veteran lawmakers, including Sen. Sherrod Brown (D-Ohio), Rep. Raúl Grijalva (D-Ariz.) and Rep. Jan Schakowsky (D-Ill.). It’s also received support from some newly elected Democrats, like Rep. Jamaal Bowman of New York.

Outside supporters include advocates for the poor and people with disabilities, as well as labor unions.

But while the SSI proposal doesn’t face stiff opposition, it is competing for resources alongside a bunch of other popular provisions that Democrats want to pass. And that includes provisions similarly designed to address poverty and help the elderly and people with disabilities.

Just how much money is available for all of these programs ― and, by extension, any changes to SSI ― will depend ultimately on the overall size of the spending package.

A budget resolution that Democrats passed last month created room for an agenda that leaders said would authorize about $3.5 trillion in spending over 10 years.

Last week, Sen. Joe Manchin (D-W.Va.) said that was too much money and he would not vote for such a bill, citing fears of inflation and expanding government too much. But $3.5 trillion is already way down from the more than $6 trillion that Sen. Bernie Sanders (I-Vt.) and his allies had originally said they wanted to spend, because they said it was necessary to meet the population’s needs.

Fully funding the SSI legislation would probably require about $510 billion in new spending, according to estimates from the Social Security Administration. But some of the individual reforms, such as raising the asset limits, would cost a tiny fraction of that. Raising the asset limits, for example, would likely cost just $8 billion over 10 years.

Advocates are hoping for more, especially given the extent to which the people who count on SSI are among those whose low incomes and age or disability status have made them especially vulnerable to the worst effects of COVID-19.

“The only thing more shameful than how long SSI and its beneficiaries have already been forgotten,” Vallas said, “would be to leave them behind again now, on the heels of a pandemic that’s hit these groups harder than pretty much anyone ― while spurring the largest influx of new entrants into the disability community in modern history.”

Raising the asset limits, for example, would likely cost just $8 billion over 10 years.

CORRECTION: A previous version of this article misstated how much it would cost to raise asset limits. It would cost $8 billion, not $8 trillion.