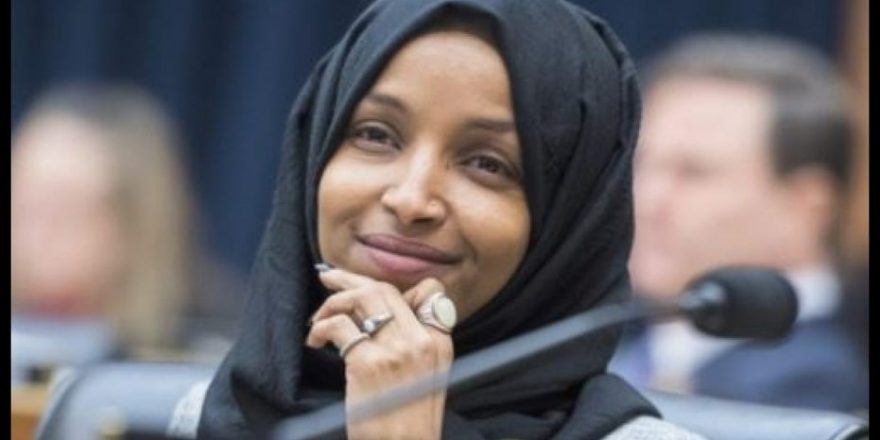 Rep. Ilhan Omar slammed “constant harassment & silencing” from a group of House Democrats in an early-Thursday morning tweet as tensions among some House Democrats over her alleged anti-Semitism exploded out into the open this week.

“Equating the United States and Israel to Hamas and the Taliban is as offensive as it is misguided,” the group of Democrats, said of Omar. The signers of the statement included Reps. Brad Schneider, D-Ill.; Brad Sherman, D-Calif.; Josh Gottheimer, D-N.J.; Jake Auchincloss, D-Mass.; and Ted Deutch, D-Fla.

“Ignoring the differences between democracies governed by the rule of law and contemptible organizations that engage in terrorism at best discredits one’s intended argument and at worst reflects deep-seated prejudice,” the group added. “The United States and Israel are imperfect and, like all democracies, at times deserving of critique, but false equivalencies give cover to terrorist groups. We urge Congresswoman Omar to clarify her words placing the US and Israel in the same category as Hamas and the Taliban.”

Omar, D-MN responded in a late-night tweet that was among her strongest statements against fellow Democrats yet, accusing them of islamophobia.

“It’s shameful for colleagues who call me when they need my support to now put out a statement asking for ‘clarification’ and not just call,” she said. “The islamophobic tropes in this statement are offensive. The constant harassment & silencing from the signers of this letter is unbearable.”

Omar added: “Citing an open case against Israel, US, Hamas & Taliban in the ICC isn’t comparison or from ‘deeply seated prejudice’. You might try to undermine these investigations or deny justice to their victims but history has thought us that the truth can’t be hidden or silenced forever.”

The latest episode of intra-party division among Democrats over comments from Omar began during a Monday hearing with Secretary of State Antony Blinken. Omar pressed Blinken on his opposition to the International Criminal Court investigating alleged war crimes in both “Palestine and Afghanistan.”

Omar insisted there are alleged war crimes to investigate committed by both “Israeli Security Forces and Hamas.” She also alleged the Taliban and the Afghan government are responsible for war crimes. In a tweet, Omar said that there were “unthinkable atrocities committed by the U.S., Hamas, Israel, Afghanistan, and the Taliban.”

Omar drew sharp condemnation from both sides of the aisle for essentially equating the United States and its longstanding ally Israel to the Hamas terrorist organization and the Taliban.

“It’s not news that Ilhan Omar would make outrageous and clearly false statements about America and Israel,” Sherman said in an independent statement on the matter. “What’s newsworthy is that she admits Hamas is guilty of ‘unthinkable atrocities’. It’s time for all of Israel’s detractors to condemn Hamas. And it’s time for all those of good will to reject any moral equivalency between the U.S. and Israel on one hand, and Hamas and the Taliban on the other.”

“Ilhan Omar must be removed from the House Foreign Affairs Committee. She should have never been appointed to this Committee in the first place,” Rep. Lee Zeldin, R-N.Y., said in a tweet.

“This is absolutely disgusting from a Member of Congress. I lost two legs and a finger defending the USA and fighting the radical Islamic terrorists that @Ilhan Omar is now defending,” Rep. Brian Mast, R-Fla., said. “She is completely unfit to serve our country.”

This is not the first time House Democrats have been roiled by allegedly anti-Semitic comments from Omar.

The body passed a resolution in 2019 condemning bigotry in response to comments from Omar suggesting that Israel supporters were pushing for U.S. politicians to declare “allegiance” to Israel. That was seen as a form of the longstanding “dual loyalties” trope that has been used against Jewish people for centuries.

Those tensions faded into the background during 2020 as Democrats united in opposition to former President Donald Trump and in support of protests against racism and police brutality. But they began to resurface last month amid conflict between Israel and Hamas when Omar and other ‘Squad’ Democrats like Rep. Rashida Tlaib, D-Mich., largely faulted Israel for the violence and pressed President Biden to dial back American support for the Jewish state. 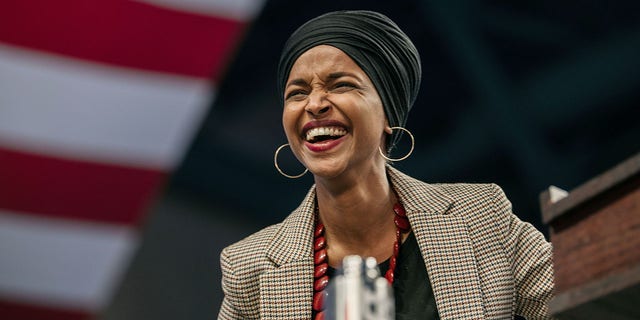 Representative Ilhan Omar, D-Minn., speaks at a campaign rally for independent Vermont Senator and former presidential candidate Bernie Sanders at the University of Minnesota’s Williams Arena on November 3, 2019 in Minneapolis, Minnesota. Tensions between Omar and pro-Israel Democrats are exploding into the open this week. (Photo by Scott Heins/Getty Images)

“This is not a conflict between two states. This is not a civil war. It is a conflict where one country, funded and supported by the United States government, continues an illegal military occupation over another group of people,” Omar said on the House floor.

Rep. Debbie Wasserman Schultz, D-Fla., proclaimed on the House floor that “Hamas and Islamic jihad are singlehandedly responsible for the escalation that has led to the bloodshed of Israelis and Palestinians… Israel has every right to defend herself.”

Wasserman Schultz was also one of the Democrats who joined the statement slamming Omar for comparing the U.S. and Israel to the Taliban and Hamas. Also included on the statement were Reps. Lois Frankel, D- Fla.; Elaine Luria, D-Va.; Kathy Manning, D-N.C.; Jerrold Nadler, D-N.Y.; Dean Phillips, D-Minn.; and Kim Schrier, D-Wash.

Fox News’ Houston Keene and Gregg Re contributed to this report.