The U.S. Department of Transportation has ordered Delta Air Lines to pay a $50,000 fine to settle claims by three Muslim passengers that they were subjected to discriminatory treatment by airline employees.

In a consent order on Friday, DOT held that Delta violated federal anti-bias laws when its pilots removed the Muslim passengers from two separate flights in July 2016 after the airline’s own security offices had given them clearance to travel.

In addition to the fine, the airline must have the flight attendants, pilots and customer service agents involved in the incidents undergo civil rights training.

The department said that the order “establishes a strong deterrent against future similar unlawful practices by Delta and other carriers.”

Delta disagreed with DOT’s conclusion that it engaged in discriminatory conduct, according to a response included in the consent order, but acknowledged that the two incidents could have been addressed “differently.”

One of the two cases involved a Cincinnati couple, Nazia and Faisal Ali. The two were not named in the DOT order, but they were identified by the Council on American-Islamic Relations (CAIR), which has been representing them.

The Alis boarded a Delta flight at Charles de Gaulle Airport in Paris on July 26, 2016. They were traveling home after a 10th anniversary trip to Europe. Another passenger told a flight attendant that the couple appeared “fidgety, nervous, and sweating” and made the passenger feel “very uncomfortable,” the order stated. The flight attendant observed Faisal Ali using the word “Allah” several times while texting on his phone and claimed that he made eye contact with her when she walked by but “did not smile.” Nazia Ali was wearing a headscarf. Another flight attendant who walked through the cabin said that she saw Faisal Ali changing the screen on his phone when she passed by.

The captain on board the flight looped in Delta’s corporate security officer, who determined that the Alis were American citizens who raised “no red flags.” A Delta supervisor removed the couple from the plane for further vetting. But even after the Alis were cleared for travel, the captain refused to let them back on the flight “because the flight attendants were not comfortable” having the couple on board.

“It appears that but for [the couple’s] perceived religion, Delta would not have removed or denied them re-boarding from [the flight],” DOT wrote in its evaluation.

The couple flew back to Cincinnati the next day. In a 2016 interview with the Cincinnati Enquirer, Nazia Ali said the experience was “humiliating.”

“We were treated like criminals,” she said. “I thought, ‘We are American citizens. You can’t do this to us.’”

Watch an interview with Nazia Ali in this WKRC news report from 2016.

The second incident involved a Muslim passenger traveling from Amsterdam to New York on July 31, 2016. In this case, passengers told flight attendants that the unnamed individual was making “significant eye contact,” according to the consent order. They said they observed him in the gate area speaking with “a person of similar ethnicity” who appeared to give him a small package. On the aircraft, flight attendants said that the individual moved from a non-window seat to a window seat, looked out the window “constantly” and appeared to be sweating.

Delta corporate security told the flight’s captain that the individual’s record had “no red flags.” But flight attendants insisted that they were “uncomfortable” and the captain ultimately returned to the gate and asked for the individual to be removed and rebooked on a later flight.

The airline insisted that it did not discriminate against the Muslim passengers.

“In both cases, Delta maintains that it acted on observations of behavior, rather than identity,” the airline said in its response. “Delta asserts that it has learned from the two incidents at issue here, and has improved its processes because of them.” 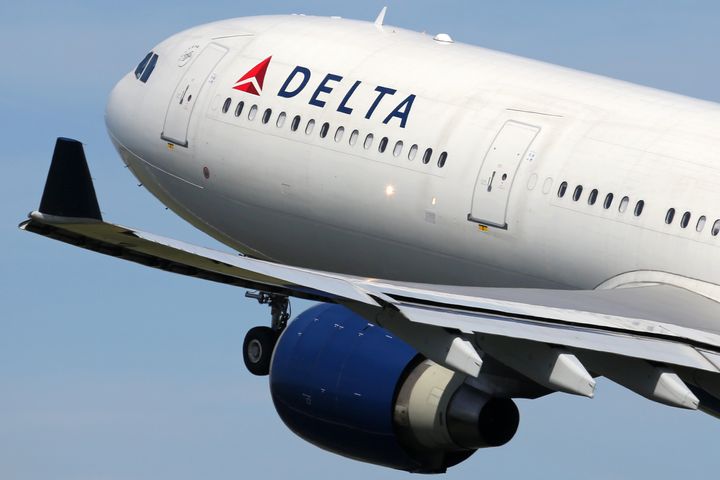 Muslim Americans have reported being racially profiled and receiving extra screening while traveling on airplanes. In response to these reports, CAIR has published a “Know Your Rights While Traveling” guide in seven languages with information on what security and airline officials can and cannot do.

Karen Dabdoub, executive director of CAIR’s Cincinnati chapter, told the Associated Press that the $50,000 fine amounted to a “slap on the wrist” for a multibillion-dollar company like Delta.

“But it’s a good sign that DOT is taking this seriously,” she said. “I’m glad to see that Delta received some sort of a sanction.”