Democrat Joe Biden is winning the presidential popular vote by more than 3.9 million votes and is on his way to being the first candidate to defeat an incumbent president in 28 years ― and only the fourth in the last 100. He did so by flipping Arizona, Michigan and Wisconsin away from President Donald Trump, and likely Pennsylvania and perhaps even Georgia as well.

But approaching 48 hours since polls closed nationwide, Biden has not been declared the winner. This has opened a wide avenue for Trump to falsely claim the presidency is being stolen from him, which is in turn provoking angry supporters to turn out in increasing numbers outside vote-counting centers and in state capitols.

This is happening because Republican-controlled legislatures in Michigan, Pennsylvania and Wisconsin refused to update their laws to allow election officials to open, process and count mailed ballots early enough to get close to a complete tally on Election Day.

Biden has won Michigan by over 150,000 votes, Wisconsin by a slimmer 21,000 or so and he appears on pace to win Pennsylvania. These leads may grow as provisional ballots are counted. Had these three states been allowed to process and count mailed absentee ballots ahead of time, Biden would have hit 270 electoral votes on election night. Michigan and Wisconsin were not called for Biden until Wednesday afternoon, and there is not yet a projected result in Pennsylvania.

One likely motivation for that delay was to create a window for the Trump campaign to mount legal challenges to block counting of presumed Biden-heavy mailed votes. Trump is now down in too many states by, in many cases, too many votes, for that strategy to work. But it’s still created a dangerous vacuum for his claims of illegitimacy and fraud.

The coronavirus pandemic dramatically altered the way Americans voted. Far more used absentee ballots, as nearly every state liberalized their rules for this to allow everyone to cast one without an excuse. Like so much else in the country, how people decided to vote polarized along partisan lines. Democrats chose to cast absentee ballots in substantial numbers, while more Republicans chose to vote in-person on Election Day. This split created a skewed view of the results based entirely on when election officials were allowed to count mailed ballots.

Same day in-person votes went heavily for Trump, while the early returned absentee ballots, which constituted the vast majority of votes in strong Democratic counties, had to wait. 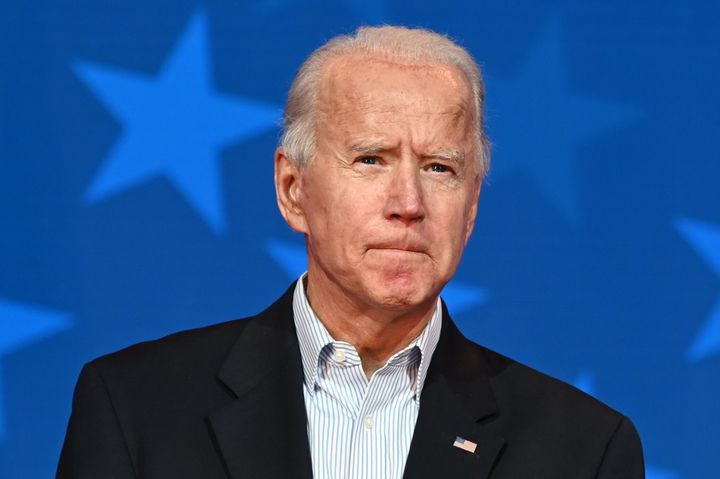 This scenario was predicted as early as the spring when the coronavirus first spread through the country and states began to loosen their absentee voting requirements. A cross-partisan group of election law experts called on states to allow officials to, at the very least, allow ballot processing as they come in, if not count them.

In Michigan, election clerks begged the Republican-controlled Legislature ahead of the state’s Aug. 4 primary election to allow them to process and count ballots ahead of time. But the lawmakers did not budge. It took 40 hours to count all ballots in the primary. As the general election approached, the Legislature passed a law allowing officials to begin processing ballots the day before the election, a minor change.

The same dynamic played out in Wisconsin, where election clerks sought the same change from the Republican-controlled Legislature, only to be ignored and rebuffed. Even Republican Sen. Ron Johnson, a staunch Trump supporter, called on the Legislature to let clerks process and count ballots ahead of time.

“I think we should change the law so the ballots can be counted well before Election Day, so that Wisconsin results are known by 9, 10, 11 o’clock on Election Day, so Wisconsin isn’t part of the problem,” Johnson said in September.

And then there’s Pennsylvania, the most populous and the last of these three states to finalize their tally. Throughout the summer and fall, election clerks of all partisan persuasions begged the legislature ― known as the General Assembly ― to let them process ballots and prepare them to be counted on Election Day.

“As it currently stands, our state’s 67 counties are not permitted to pre-canvass,” Gene DiGirolamo, a Republican Bucks County Commissioner, wrote in September. “If we are not given the authority to do this, we’ll be forced to contend with a man-made disaster — one that easily could be avoided if our legislature and governor would work together.”

The Republican-controlled legislature insisted that it would only allow clerks to process, or pre-canvass, absentee ballots if they could also enact laws making it harder to vote and easier to intimidate voters. The Republican-run state House of Representatives passed a bill to allow the pre-canvas, but it also would have gotten rid of almost all ballot drop-boxes in the state, banned voters from being able to personally hand in their ballots at remote locations and let poll watchers from anywhere in the state observe voting and ballot counting in Philadelphia. These were non-starters for Democratic Gov. Tom Wolf, and the state Senate never passed the bill. No compromise was ever reached.

Pennsylvania Republican leaders have decided to use the uncertainty created by the slow count that they created to unfairly cast doubt on their state’s democratic process. Republican state Senate leaders called on the Pennsylvania secretary of state, a Democrat and the top election official, to resign on election night based on a couple of minor issues blown out of proportion. One of those leaders, Majority Leader Jake Corman, had reportedly talked to the Trump campaign before the election about using the delayed count to cast doubt on the election and then move for the legislature to throw out the vote totals and hand the electoral college votes to Trump.

These partisan refusals and acts has allowed Trump to send false tweets like “STOP THE FRAUD!,” which he has continued to do into Thursday afternoon.

CORRECTION: An earlier version of this article said that Biden would be the third candidate to defeat a presidential incumbent in 100 years. He would be the fourth.