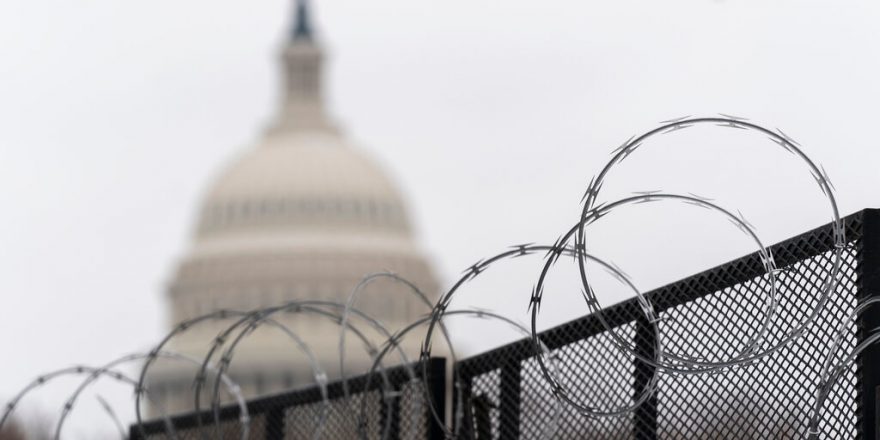 Security precautions have a way of defying gravity.

What goes up never comes down.

What say you, Sir Isaac Newton?

Those things will never disappear.

The Secret Service closed off Pennsylvania Avenue in front of the White House after the 1995 Oklahoma City bombing. 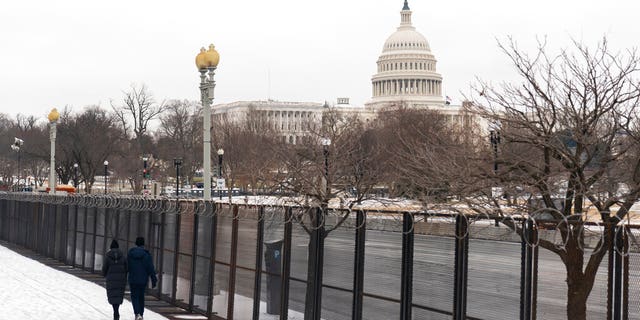 “Clearly, this closing is necessary because of the changing nature and scope of the threat of terrorist actions,” said former President Bill Clinton a few weeks after a bomb destroyed the Alfred P. Murrah Federal Building.

Pennsylvania Avenue nearly defied security physics in 2000. Del. Eleanor Holmes Norton, D-D.C., and the late Sen. Daniel Patrick Moynihan, D-N.Y., endorsed a plan to reopen Pennsylvania Avenue with new precautions. The goal was to reconnect traffic on the east and west sides of downtown Washington and eliminate an “image of fortification” at 1600 Pennsylvania Ave.

But then 9/11 happened. And security physics prevailed.

So, what will happen at the U.S. Capitol?

America’s seat of government is ringed by two enormous fences, festooned with concertina wire. Armed guards in camouflage roam the grounds. The current perimeter pushes out several blocks from the Capitol itself on the north, nearly to Union Station. Only those who work on Capitol Hill are allowed in.

The current contingent of National Guard troops is committed to remaining in Washington through mid-March. U.S. Capitol Police and congressional leaders would have to formally request a longer stay. But Fox is told it’s likely the Capitol Police and others will request a small National Guard group to linger after that. It certainly won’t be as large as the mass of soldiers on shift now. It could be a certain number of troops that security officials could deploy quickly if there’s an emergency.

“It’s naive to think that in the middle of March (the guardsmen) go away,” said one knowledgeable source.

He added that “March 12 is what we’re focused on.”

But Austin was precise in his language. So far, congressional leaders or the Capitol Police have yet to send the Pentagon a “request” for troops to stay longer.

“My plan is to not keep them one day longer than is necessary,” said Austin. “Having said that, they know and understand that if our lawmakers need help, they need protection, they stand ready to provide that protection.”

Fox is told some sort of additional request is likely to come soon.

The problem is that the Capitol Police are still reeling from last month’s riot. Ranks are depleted. Morale is low. Officers are suffering from injuries – physical and mental.

A mob demonstrated just how easy it is to penetrate the nation’s citadel of democracy. Regardless of viewpoint, that ought to petrify every American. The legislative branch of government cannot just be that pregnable to a mob.

There’s concern that the Capitol Police may not be up to the job of protecting the Capitol right now. The day-to-day stuff, sure. But there are whispers the department is so traumatized it couldn’t defend American democracy against another insurgence. 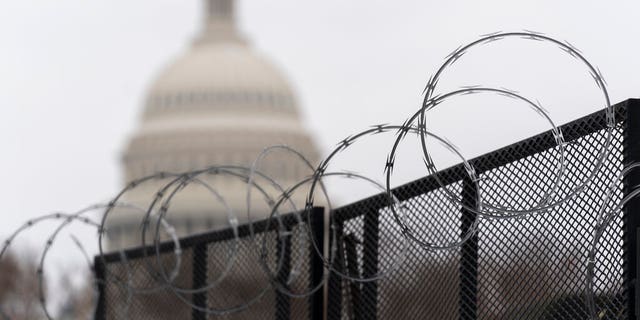 Authorities have suspended six officers. Twenty-nine are under investigation for their actions on Jan. 6.

“Some officers fought harder than others,” said one knowledgeable source.

The Capitol is an ugly place now, shrouded in a skein of steel fencing, festooned with razor wire. As someone who comes to the Capitol on a daily basis, it’s eerie to park my car and trudge up Constitution Avenue – six desolate lanes of roadway, bereft of traffic. Or even human beings.

How long do the fences remain up around the Capitol?

Fox is told that the outer perimeter of fencing around the Capitol will likely come down in the next couple of weeks. But the fencing around the immediate Capitol grounds – stretching from Constitution Avenue on the Senate side to Independence Avenue on the House side – would probably remain up until they figure out an overall enclosure plan. Fox is told there are conversations about constructing a special, high-tech fence around the Capitol that could be raised or lowered electronically at a moment’s notice.

It’s unclear how much it will cost to have troops patrolling the Capitol and the budget for additional fencing. But House Speaker Nancy Pelosi, D-Calif., has been adamant that there will be a “supplemental spending bill.” Twelve individual spending bills fund the government every year. A “supplemental” bill is essentially a “13th” spending bill – to cover the costs of unforeseen events, such as responding to natural disasters and war.

Or, in this case, securing the U.S. Capitol.

At some point, post-pandemic, the Capitol will start to get back to “normal.” But the current regimen of tracking visitors in the Capitol is haphazard. Fox is told that before the riot, the Capitol had already acquired a more expansive, electronic system to handle visitors coming to the Capitol for official purposes. It has just never been deployed. This system would feature a color-coding badge system and establish what locations in the Capitol to which a visitor has access.

But there is a broader concern about how Jan. 6 will forever impact access to the Capitol. What goes up, never comes down in security circles.

However, lawmakers always want constituents to come and see them. They want the Capitol complex to be open. They are worried about the optics of a militarized facility.

There’s a danger Congress could “under correct” in response to Jan. 6.

And, if that’s the case, security physics don’t apply. What went up, may come down.