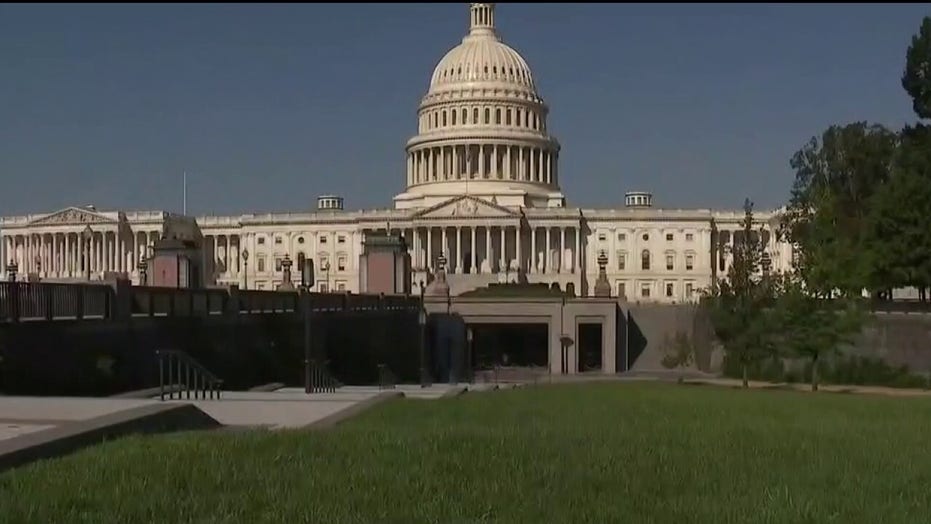 A failed vote to end a filibuster.

That’s what Democrats needed if they wanted to alter Senate precedent on the legislative tactic, this one linked specifically to lifting the debt ceiling.

The Senate finally took a vote Thursday to end a filibuster on legislation to increase the debt ceiling by $480 billion. Eleven Republicans chipped in to help hit the magic 60-vote threshold to halt debate, and, later, pass the bill.

Senate Republican Leader Mitch McConnell of Kentucky offered Democrats a deal to avoid a fiscal meltdown and a debt-ceiling crisis.

There is a lot of spin out there about McConnell backing down from his plan to make Democrats raise the debt ceiling on their own. One narrative is that McConnell was trying to salvage the Senate. He supposedly feared that Democrats would use a prospective, failed cloture vote to end the debt ceiling as a reason to alter one of the Senate’s longest-held traditions: the filibuster. The theory went that McConnell is a steward of the Senate’s customs and traditions. So he opposed changing the filibuster. Moreover, getting rid of the filibuster would prevent Republicans from blocking any legislation.

“McConnell blinked,” said Sen. Chris Coons, D-Del. “I think Sen. McConnell took a hard look at the risks this was posing to the filibuster and decided that he’d step aside and let us move forward.”

There was murmuring for days that Democrats could try a “nuclear option” to upend the Senate’s filibuster provisions, via a simple majority vote, and create a special carve-out for the filibuster pertaining to debt ceiling bills.

Never had the votes

Despite a lot of threats and insinuations, the Democrats never had the votes to upend the filibuster for debt ceiling-related bills.

On Tuesday night, President Biden indicated it was a “real possibility” that Senate Democrats could try to alter the filibuster to lift the debt ceiling.

The Senate would need all 50 Democrats – plus, a vote of Vice President Harris, the president of the Senate — to make the change in Senate filibuster procedure. But it is clear that Sen. Joe Manchin, D-W.Va., was never willing to provide his vote to change the filibuster. What remained a deeper mystery was the position of Sen. Kyrsten Sinema, D-Ariz.

On Wednesday, Manchin said “forget the filibuster,” when asked about changing Senate provisions for cutting off debate.

“I don’t know what the desires were of some people thinking it might happen. It was never going to happen.” 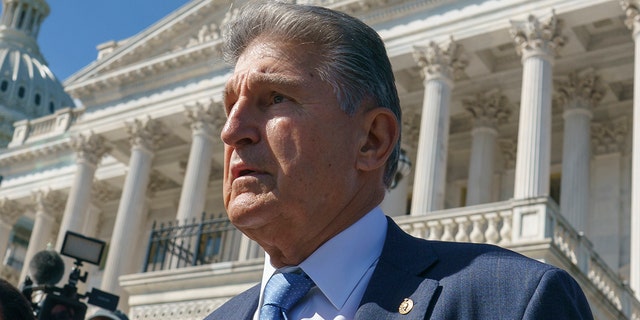 On Thursday, Manchin reiterated that there was no way he would support a filibuster change for the debt ceiling. The entire suggestion was a misnomer.

“That wasn’t going to happen,” Manchin told Fox News’ Jason Donner. “I don’t know what the desires were of some people thinking it might happen. It was never going to happen.”

This is why McConnell faced trouble selling the new debt ceiling agreement to Republicans. The “changing the filibuster” argument doesn’t hold much water.

“I’m dumbfounded,” said Sen. Lindsey Graham, R-S.C., of McConnell’s gambit. “We blinked. And why? Because two people. I don’t know if they mean more or are threatening to change the rules of the Senate if we make it hard. I’m not going to live that way.”

“I’m dumbfounded. We blinked. And why? Because two people.” 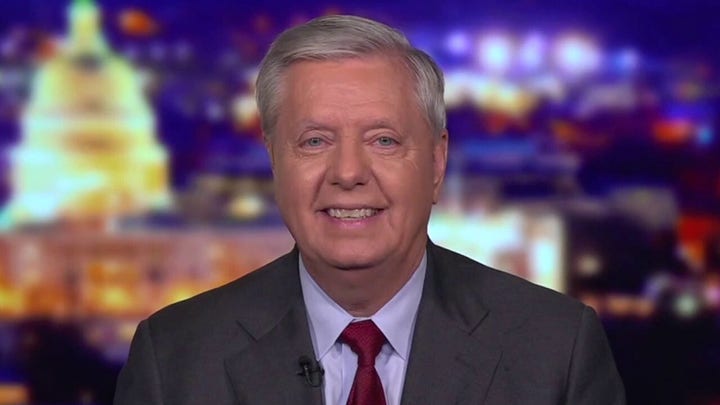 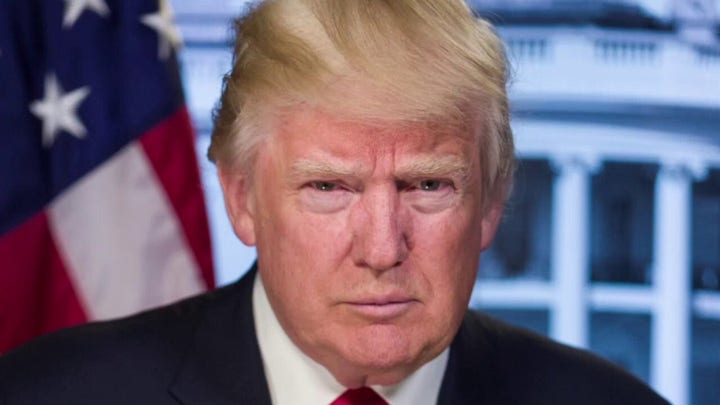 Unlimited debate is a feature of the Senate – except when it’s neutralized by a cloture vote. In addition, one of the few things that is not up for Senate debate is a “reconsideration” of the failed procedural vote. In other words, voting again on the same thing that failed.

This is important. A failed procedural vote would be necessary to create a special carve-out for debt ceiling-related bills. A prospective carve-out would make measures dealing with suspending or lifting the debt ceiling exempt from filibusters. Democrats could then lift the debt ceiling on their own.

However, Democrats needed at least 51 votes to establish this new precedent for debt ceiling-related bills. All 50 Democrats (actually, 48 Democrats and two sympathetic independents) would have to stick together and have Harris break the tie.

This is the vaunted “nuclear option.” The Senate ignites a nuclear option by posing a question to the Senate’s parliamentarian. The interrogative, in layman’s terms, may go something like this: “Is it not the precedent of the Senate that it takes a simple majority to overcome a filibuster on a debt ceiling-related bill compared to 60 yeas?”

The answer to the question is no. But, because the Senate is trapped in a parliamentary cul-de-sac, with no debate allowed, Senate Majority Leader Chuck Schumer, D-N.Y., could make a point on the floor that it is the position of the Senate to only require 51 votes to terminate a filibuster on a debt ceiling bill, not 60. That forces a Senate vote to overrule the parliamentarian’s ruling that a 60-vote threshold applies in these cases. A simple majority of 51 yeas is all that’s needed to go over the head of the parliamentarian. 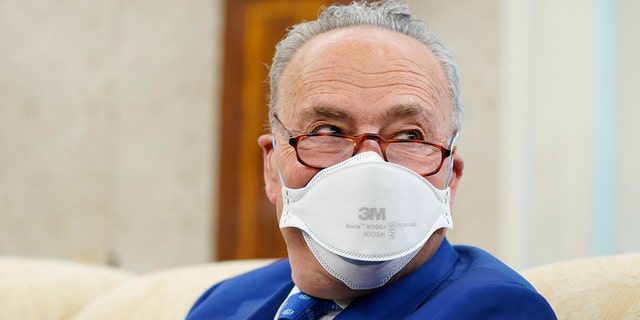 And, if Democrats hypothetically had 51 yeas, they could lower the bar for ending filibusters in these instances.

The Senate would have found itself in the same parliamentary posture as Nuclear Options I and II if there was a failed cloture vote Wednesday.

However, there is a bigger issue afoot here:

Nuclear Options I and II opened Pandora’s Box to forever altering the Senate by chipping away at the filibuster.

But a move to alter the filibuster on the debt ceiling is unique compared to the previous atomic action in the Senate.

If the Senate created a special carve-out for the debt ceiling, that would mark the first foray into changing filibuster provisions for legislation. Previous filibuster changes dealt exclusively with nominations.

Where would filibuster changes stop? Special carve-outs for immigration reform? DC statehood? Guns? Voting rights? Democrats could conceivably advance any bill – so long as they had at least 51 votes to end a filibuster.

There is a lot of danger in this gambit for Democrats.

If Democrats deployed a nuclear option on the debt ceiling or anything else and lost the Senate in the 2022 midterms, Republicans would bypass Democrats to undo vast swaths of their agenda. Democrats, then in the minority, would be powerless to stop the GOP. Democrats couldn’t filibuster. Republicans could then approve virtually any piece of legislation they wanted – and unwind many of the Democrats’ policies with a simple, majority vote.

So the debt ceiling crisis is on the backburner. And Nuclear Option III is off the table.