Home » Politics » DC officer Michael Fanone, who was attacked at the Capitol riot, says he was 'absolutely sickened' by Mitch McConnell's efforts to quash the Jan. 6 commission 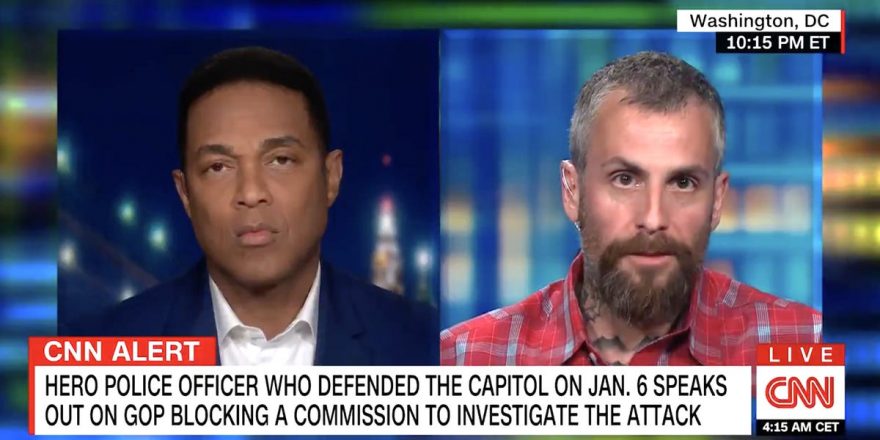 DC officer Michael Fanone, who was attacked at the Capitol riot, says he was 'absolutely sickened' by Mitch McConnell's efforts to quash the Jan. 6 commission

A Washington, DC, Metropolitan Police officer who was attacked at the January 6 Capitol riot said he was “absolutely sickened” by Mitch McConnell’s attempt to block the commission into the event.

Michael Fanone spoke with senators ahead of their vote on the commission last week alongside Gladys Sicknick, the mother of officer Brian Sicknick, the Capitol Police officer who died after the riot. Fanone was attacked during the riot and suffered a heart attack.

He told CNN’s Don Lemon on Wednesday that he heard McConnell was asking GOP senators to vote against the commission while he was there.

CNN previously reported that McConnell had asked other GOP senators to vote against the commission as a “personal favor” to him.

Fanone said: “I was absolutely sickened. You know, here I am escorting the mother of a dead policeman, while she and myself advocate for the formation of a commission to investigate the circumstances which resulted in her son’s death.

“And you have a leader on Capitol Hill who’s making phone calls asking for personal favors and doling out political capital to push for, you know, a no vote on that commission. It was absolutely disgraceful.”

In the interview, Fanone also praised Rep. Liz Cheney, who was removed from her powerful role in the House GOP leadership for speaking out against former President Donald Trump’s false claim that he actually won the 2020 election.