Famed naturalist David Attenborough said climate change is a “crime” humanity has committed against the planet in an interview that aired Sunday, asking why society should have the prerogative to continue “poisoning life on earth” when there is still time for redemption.

Attenborough made the comments during an interview with “60 Minutes,” following the release of his book and Netflix documentary, “A Life On Our Planet.” The projects have been referred to as his final “witness statement” following a life spent in the natural world.

Host Anderson Cooper asked about such terminology, noting the statement is typically given after a crime.

“Well, a crime has been committed,” Attenborough, 95, replied. “And it so happens that, I’m of such an age, that I was able to see it beginning.”

“It isn’t that I enjoy saying: ‘Doom, doom, doom,’” he continued. “On the contrary, I’d much rather [say]: ‘Enjoy, take thrill, excitement, pleasure, joy, joy, joy, joy.’ But if you’ve got any sense of responsibility, you can’t do that.” 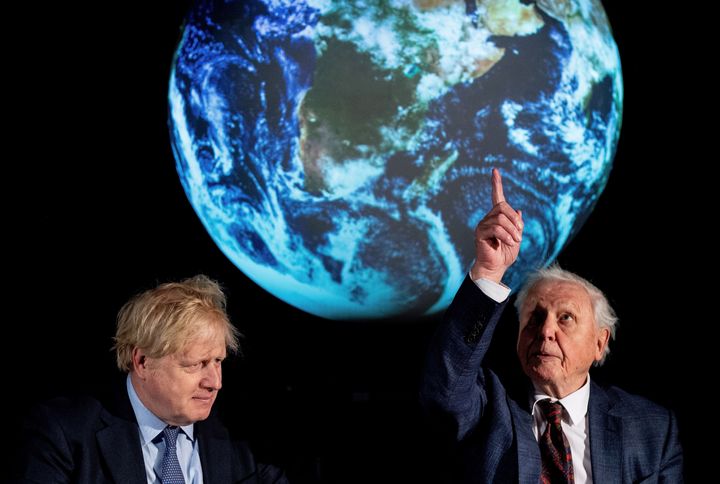 The documentarian’s comments come amid ongoing and increasingly dire warnings from the planet’s scientists that climate change is largely continuing unabated. A report released last month by the Environmental Protection Agency detailed a disturbing shift in the United States caused by a warming world: The destruction of permafrost in Alaska, a spike in heat waves nationwide and longer-lasting wildfire and pollen season.

“We went on this reef, which I knew. And it was like a cemetery,” he said of his last venture there. “Because all the corals … had died. They died because of a rise in temperature and acidity.”

In his book and documentary, Attenborough pointed to existing technology that could help greatly alleviate the threat of climate change, primarily an immediate shift away from fossil fuels and an effort to “rewild” large tracts of the planet, giving the natural world time to recover.

The threat, he concluded, has grown so large as to be beyond the burden of any one nation.

“I would say that the time has come to put aside national ambitions and look for an international ambition of survival,” he said. He later added: “What good does it do to say, “Oh, to hell with it, I don’t care.’ You can’t say that. Not if … you love your children. Not if you love the rest of human― how can you say that?”