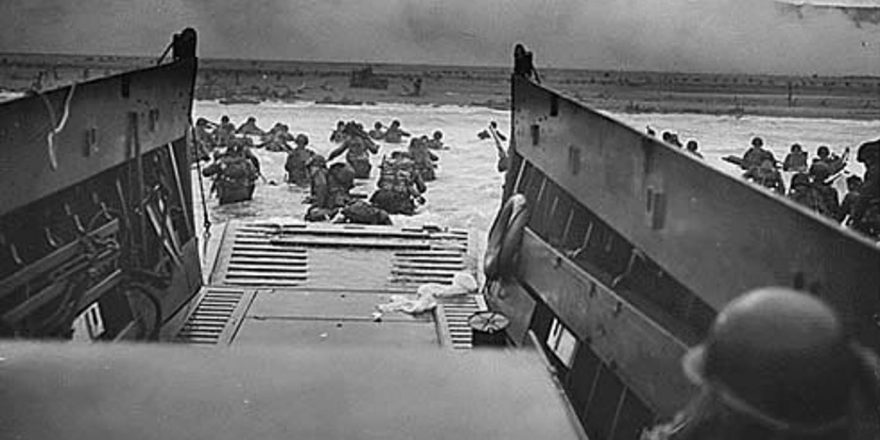 US soldiers wade through surf and German gunfire to secure a beachhead during the Allied Invasion, on the beaches of Normandy on June 6,1944. On June 6, 1944, on the first day of Operation Overlord, around 4,300 Allied personnel lost their lives serving their country in what would be the largest amphibious invasion ever launched. World leaders are to attend memorial events in Normandy, France on June 6, 2019 to mark the 75th anniversary of the D-Day landings. (Photo: US ARMY via EPA-EFE)

As we solemnly recognize the 77th anniversary of D-Day and honor the valor and sacrifice of Allied forces who stormed ashore that historic, windswept day, we should pause to consider an often-overlooked question: What did we learn?

There are many ways to answer. But for someone trying to examine those distant echoes for clues to the future, there is one critical lesson as old as conflict itself: To win battles – and wars – against skilled adversaries your odds increase dramatically if you can present an unmanageable number of dilemmas from places (or domains) that they can see and those that they cannot.

The Allies’ D-Day invasion along the Normandy coast was a textbook example of overwhelming force, deception and information advantage applied simultaneously at multiple points, leaving the German defenders few good options to stop attacks from land, sea and air.

Retired Navy SEAL commander: Find your own ways to serve to honor the fallen on Memorial Day

The 160,000 Allied troops who came ashore from their forward bases in the U.K. pressed German forces stretched thin by the war on the Eastern Front. German commanders disagreed about whether to defend the beaches – within range of Allied naval guns – or further inland, where they were more vulnerable to bombing. The invaders kept the Germans guessing about whether the Normandy attack was a feint.