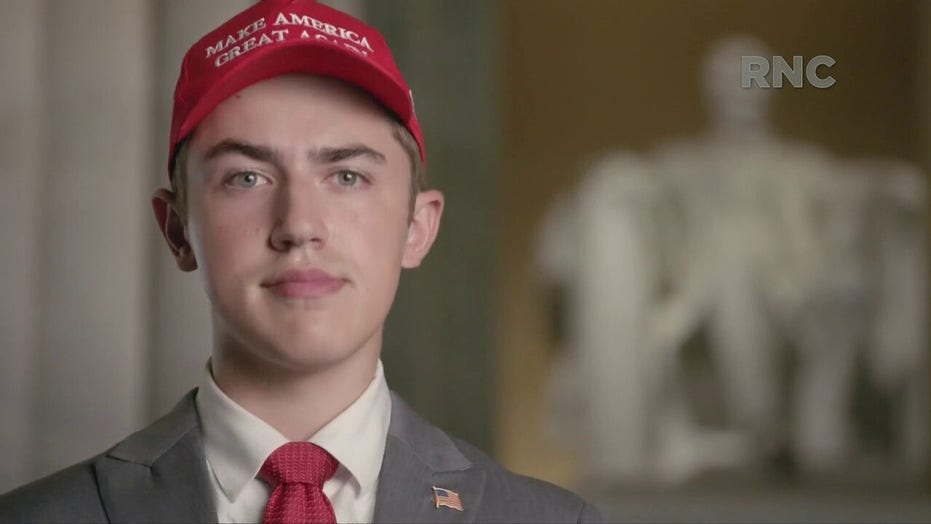 Nicholas Sandmann: No one has been a victim of unfair media coverage more than President Trump

Nicholas Sandmann speaks at the second night of the 2020 Republican National Convention.

Nick Sandmann, an 18-year-old graduate from Covington Catholic High School who was at the center of a nationwide viral video controversy, lambasted "cancel culture" in his speech to the Republican National Convention, calling on the country to join President Trump in calling the media out.

"I wouldn’t be canceled. I fought back hard to expose the media for what they did to me and won a personal victory. While much more must be done, I look forward to the day that the media returns to providing balanced, responsible and accountable news coverage," he said. "I know President Trump hopes for that too."

He continued: "In November, I believe this country must unite around a president who calls the media out and refuses to allow them to create a narrative instead of reporting the facts. I believe we must join with a president who will challenge the media to return to objective journalism."

In 2019, a video of Sandmann, wearing a red Make America Great Again Hat, went viral, showing the teenager standing directly in front of Native American elder Nathan Phillips on the steps of the Lincoln Memorial. Sandmann had been on a trip from his Kentucky school to Washington, D.C. for the March for Life on Jan. 18, 2019.

When the video was initially released, many perceived Sandmann to have been mocking Phillips by smirking inches from his face, while the Omaha tribe leader sang and played a drum. But full footage showed a more complicated image where the Covington students were not the instigators: Phillips had actually walked up to the Covington school kids after another group began taunting the teenagers.

Still, Sandmann was labeled a "racist;" actress Alyssa Milano tweeted in response to the incident that the "red MAGA hat is the new white hood." During his speech on Tuesday night, Sandmann railed against the backlash that he encountered.

"I learned that what was happening to me had a name. It was called being cancelled. As in annulled. As in revoked. As in made void," he said. "Canceled is what’s happening to people around this country who refuse to be silenced by the far left. Many are being fired, humiliated or even threatened. Often, the media is a willing participant."

Earlier this year, Sandmann settled for undisclosed amounts with both CNN and The Washington Post.

"I’m proud to say that throughout my media nightmare I have had President Trump’s unwavering support," he said. Echoing Trump's long-standing attacks on news outlets, he added, "I know you’ll agree with me when I say no one in this country has been a victim of unfair media coverage more than President Donald Trump."

At the end of his video, Sandmann put the MAGA hat back on and said, "And one more thing: Let's make America great again."