Officials still cannot say exactly how many billions of dollars in Paycheck Protection Program loans fraudsters made off with in the past couple of years, but they know it is a lot.

Reports and estimates vary, but multiple inspectors general have said the total value of the fraudulently obtained loans through the Paycheck Protection Program is likely to total in the billions. A total of $800 billion was earmarked for relief by the Small Business Administration during the early days of the COVID-19 pandemic.

"I can't rule out that the fraud could be not only in the tens of billions, but maybe, as some have estimated, upwards of $100 billion," Department of Justice Inspector General and Pandemic Response Accountability Committee (PRAC) Chair Michael Horowitz told Fox News. "But it's too early for me to tell you how high that number is going to go. I know it's in the billions."

Fox News spoke with Inspector General Horowitz in his capacity as chair of the Pandemic Response Accountability Committee, where he leads a roundtable of the government’s inspectors general on chasing down fraud and inefficiencies in pandemic relief programs. The group is working on collecting data and making government-wide recommendations to avoid waste and criminality in future crises.

"PRAC has 21 inspectors general working together. We meet regularly, we compare notes, we share information, we share resources," Horowitz said. "It has been, I think it's fair to say, for us as a community, a game changer. But by making sure we're collaborating and working effectively, sharing data, sharing information, sharing resources. You can't oversee $5 trillion with just a handful of people."

Horowitz said there are major areas where the government failed to initially enact safeguards against fraud in the PPP loan program.

"Well, I think first and foremost, verify the identity of the person who’s applying. Identity theft has been a very significant problem, and what we found was that basic steps to determine identity weren’t undertaken," Horowitz said.

He adds that a basic verification check that runs applications against the Treasury Department’s "do not pay" system, which flags individuals and entities who have indicators of fraud, was overlooked during the early days of the program.

"It turned out 57,000 loans were paid out in those first few weeks to individuals who were on the do not pay list," he told Fox News. "There wasn’t a check on it. That’s a system that was already in place that could have easily been checked."

He also cited the Social Security Administration’s deceased individual’s list as a database that could’ve been used to curb some instances of fraud in the program.

Horowitz is not the only watchdog raising flags on pandemic-relief fraud. Fox News spoke to multiple government officials involved with designing, implementing and accounting for massive government spending to counter the worst economic effects of the pandemic.

TENNESSEE MAN PLEADS GUILTY TO USING COVID-19 AID FOR HIMSELF

"We issued three white papers making sure that folks knew the importance of setting up the proper internal control framework to ensure that, although we have these things moving quickly, that the control structure could stand the test of fraud," Small Business Administration Inspector General Hannibal "Mike" Ware told Fox News. "We knew that fraud was going to occur regardless. Because this much money, moving that quickly, the fraudsters would be lining up at the door, which is what we found."

Ware was one of the first oversight officials to warn Congress and other government officials about what was expected to be rampant fraud in a number of pandemic-relief programs. The Small Business Administration was in charge of dispersing the PPP loans, and Ware said the agency processed "14 years’ worth of lending within 14 days." 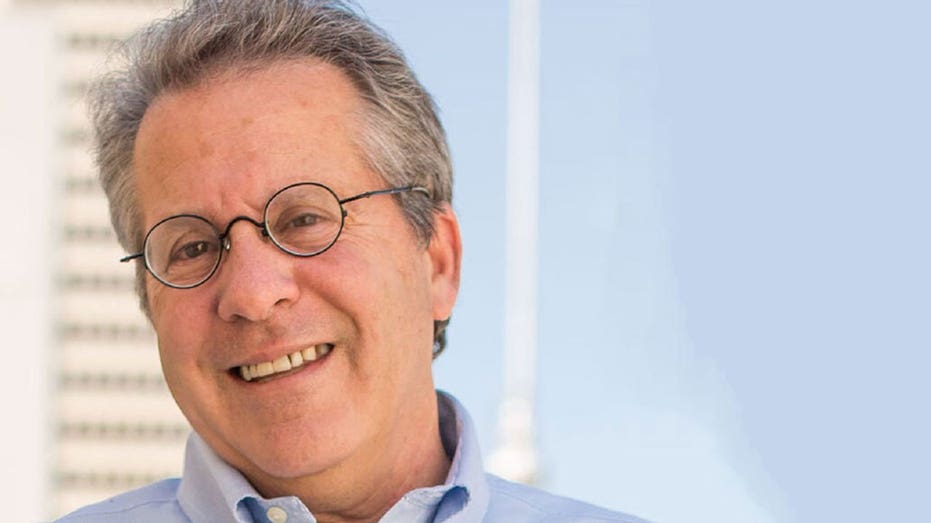 Gene Sperling, a senior adviser to President Biden who previously served under the Clinton and Obama administrations. (White House)

"It was definitely a widespread problem from the start of the program," Ware said. "… If these controls are not in place, they're going to be susceptible to a huge amount of fraud risk."

Gene Sperling is a special adviser to President Biden and the architect of the American Rescue Plan, the administration’s flagship COVID-relief legislation. He said the current administration inherited large amounts of preventable fraud from the Trump-era pandemic-relief plans.

"It was no secret that we were inheriting significant fraud in small business loans and unemployment that took place in 2020, particularly at the onset of the pandemic," Sperling told Fox News.

Sperling said he’s worked closely with PRAC and the SBA to understand and implement fraud controls for existing and future emergency relief programs. He’s made recommendations to various agencies and is drafting an executive order to address identity theft, which fueled much of the PPP loan fraud.

"While it was understandable that the focus in 2020 was on getting small business relief out as fast as possible, I believe future emergency legislation and administrative action can absolutely do better in keeping basic guardrails even in emergencies," Sperling said.

PPP FRAUD CAN BE IDENTIFIED, TRACKED ON WEBSITE CREATED BY SOFTWARE ENGINEER

The unofficial enforcement model adopted by the program’s architects is known as chase and pay, where the money is dispersed quickly with the understanding that fraud is likely to happen, and law enforcement agencies investigate and pursue criminals afterwards. Watchdogs say the choice between speed of dispersal and verification guardrails is a false one.

"I don't believe that a proper controlled environment has to be sacrificed at the altar of speed," Ware said. "I think that they could go hand in hand if thought out beforehand."

Tom Schatz, president of the Citizens Against Government Waste, has been raising the flag on government inefficiency and incompetency for decades. He is not surprised that the PPP loan program was ridden with fraud. The same failures in pandemic-relief verification have existed across government for years.

BITCOIN CASE: MEET THE COUPLE WHO ALLEGEDLY SCAMMED $4.5B IN CRYPTO

"The federal government, they're still using paper. They don't verify, they're in a rush to get it out, they're not trained sufficiently," Schatz told Fox News. "So just about everything that could go wrong does go wrong. And when the pandemic came along, they were completely unprepared for the scope of what needed to be done."

With billions of taxpayer money taken out of government coffers and put into the pockets and bank accounts of fraudsters, the government has had no shortage of investigations to undertake. In California, two cases are illustrative to the kind of brazen fraud and lavish living seen so often in PPP loan fraud cases.

According to court documents obtained by Fox News, the Ayvazyan family worked collectively to defraud the Paycheck Protection Program of up to $18 million. They were caught and placed on house arrest. With prison on the horizon, Richard Ayvazyan and his wife Marietta Terabellian cut off their ankle monitors and fled to Montenegro, leaving their two teenaged children behind. 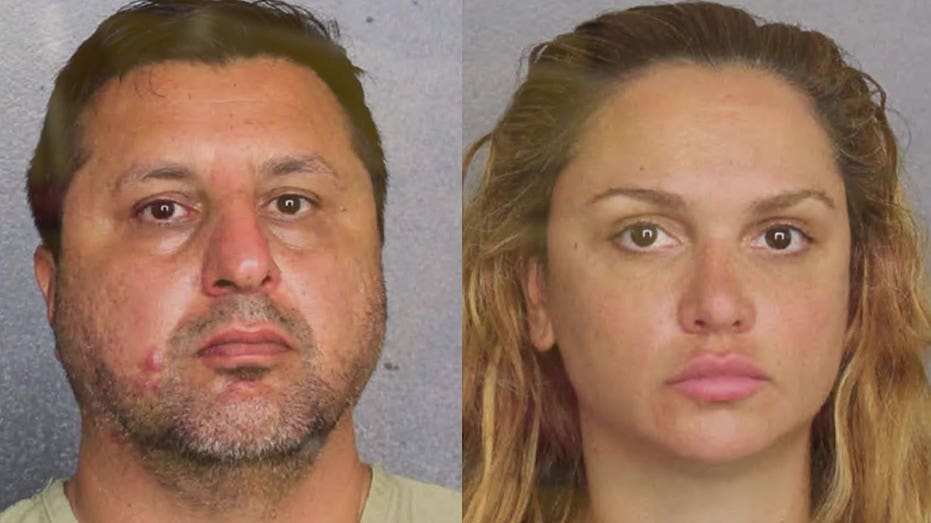 The Ayvazyan family worked to defraud the Paycheck Protection Program of approximately $18 million and are currently awaiting extradition.

In another case, Andrew Marnell adopted fake identities to fraudulently obtain up to $8.5 million in PPP loans. He used the money to fund risky stock markets and live large in Las Vegas casinos and hotels. He has pleaded guilty and is scheduled to be sentenced in July.

Fraud in the Paycheck Protection Program isn’t limited to career criminals and wannabe stock market traders. In some cases, well-known and successful people couldn’t resist the opportunity to defraud the government out of a few million dollars.

Former NFL wide receiver Joshua Bellamy, who was originally drafted in 2012, carved out an eight-year career in the league, earning over $8 million. 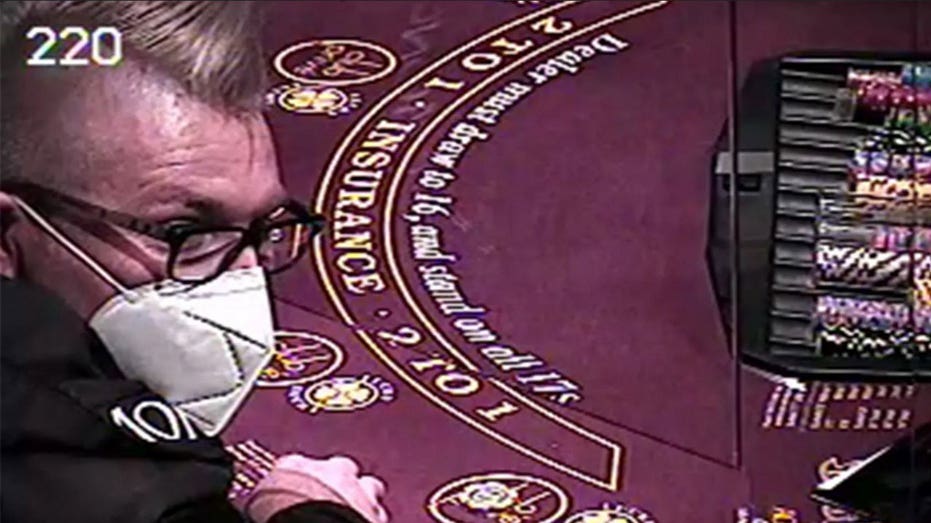 It’s alleged that he bilked the PPP Loan Program for $1.2 million and spent some of the money on luxury jewelry and stays in Florida casinos. He pleaded guilty to conspiracy to commit wire fraud and was sentenced to three years in prison.

The scamsters operated freely while legitimate small business owners had difficulty in securing funds to retain their employees during the worst of the pandemic.

Nancy Calamusa owns New Jersey Pediatric Feeding Associates, a private medical treatment facility that helps feed infants with medical issues that preclude them from eating on their own. She says she was initially denied seven times for PPP loans. Her business was able to stay afloat, but not without downsizing of her staff and availability of services.

"I followed the rules. I did what I was supposed to do. I was told that I could only, you know, apply for X amount of dollars, which is what I did," Calamusa told Fox News. "I didn't take more than I was allowed to. I didn't defraud the government by lying and saying I had more employees."

The divide between traditional financial institutions, which the majority of legitimate small businesses rely upon, and big tech financial companies is another driver of fraud in the Paycheck Protection Program. Banks would often have ongoing relationships with business owners and their own digital verification methods that helped stymie fraud attempts before they reached the SBA.

Watchdogs say this is not the case for some financial technology companies. Congress is currently investigating four companies, BlueVine, Kabbage, Cross River Bank and Celtic Bank. All four have been cited by various reports as facilitating a large amount of fraud in the program.

The PPP program undoubtedly kept countless American small businesses afloat during the worst of the pandemic. It also undoubtedly lined the pockets and bank accounts of criminal fraudsters to the tune of $100 billion or more.

"It's systematic failure both in the executive branch and in Congress, where the real responsibility lies with getting this under control," Schatz said. "… These reports just sit in a pile or they come up for hearings and then nothing's done."

The damage from fraud in the Paycheck Protection Program is done and the program has since ended. Still, Horowitz knows that law enforcement investigations and government efforts to recoup the money will be ongoing for years.

"So, to the average taxpayer, I say we as oversight IG's, as inspectors general, we're on the case," Horowitz said. "We're getting information out there to the public. We believe transparency is the best disinfectant."