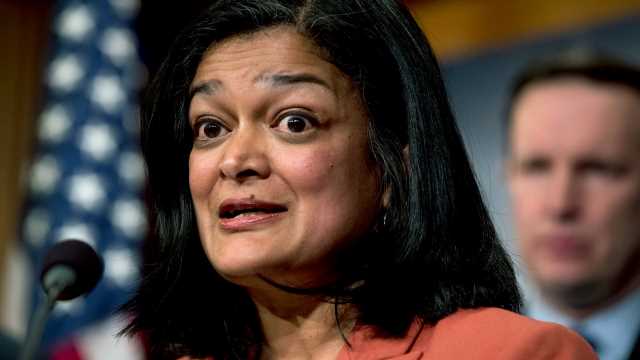 Rep. Pramila Jayapal, D-Wash., took to Twitter to continue the pressure campaign on President Biden to forgive student loan debt of up to $50,000 by executive order but she might not have been prepared for some of the responses.

“I want to hear from you,” she wrote on Twitter. “How would cancelling $50,000 of student loan debt help you and your family?”

Some of the replies on Twitter to Jayapal’s tweet questioned what could be done for those who had already paid off their loans. “Could I have the $50,000 I already paid put back in my bank account?” one user wrote.

“Pls figure out what to give working class people who didn’t go to college to avoid this and feel they’re footing the bill with nothing in return,” another user wrote.

Senate Majority Leader Chuck Schumer, Sen. Elizabeth Warren and Rep. Ayanna Pressley two weeks ago urged the president to use his executive authority to forgive debt. In a resolution they urged  Biden to use “existing legal authorities” under the Higher Education act of 1965. The resolution also “encourages” Biden to use executive authority under the Internal Revenue Code of 1986, which would prevent administrative debt cancellation from resulting in a tax liability for borrowers.

Biden indicated on Tuesday that writing off $50,000 in student debt is not something that he believes can be “done with presidential action,” but said he is prepared to eliminate $10,000 for students.

The Hill reported that Biden’s comment followed previous statements by the White House that said it was looking into what power the president has in acting unilaterally on the matter.

He later told CNN during a town hall that he would “not make that happen.”

Sen. Bill Cassidy, R-La., wrote an op-ed on FoxNews.com Tuesday saying that Republicans “need to have a better answer to calls for debt forgiveness.”

One of his arguments is that Congress and the administration “should do a better job of informing borrowers about what options exist to make affordable payments, while simplifying options to remove confusion.”

Biden indicated on Tuesday that writing off $50,000 in student debt is not something that he believes can be ‘done with presidential action,’