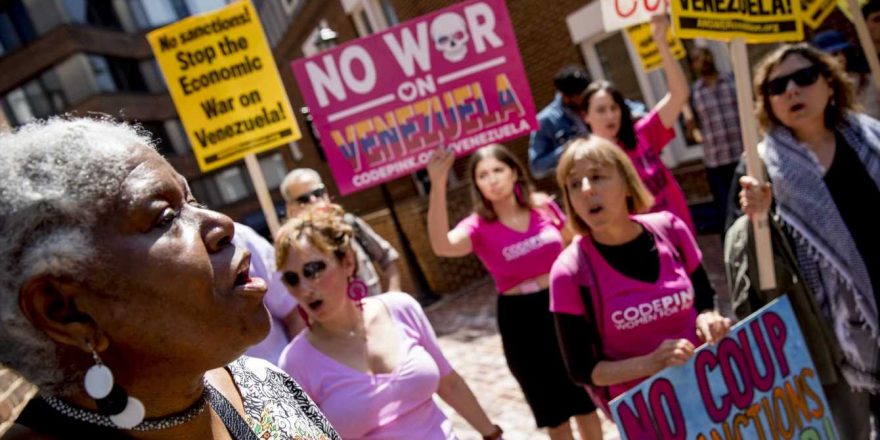 As President Biden’s 100th day in office approaches, the radical anti-war group CodePink, which regularly makes headlines by its loud interruptions and protests at hearings on Capitol Hill and elsewhere, is criticizing the way Biden has been conducting foreign policy.

In a statement, the group gave Biden a “D” grade on his foreign policy, but praised him for his efforts domestically on issues like COVID-19 and infrastructure.

“On the foreign policy front, however, progressives are surprised and disappointed at how little has changed,” the group said in a statement.

While it lauds some moves, such as the announcement of the withdrawal of troops from Afghanistan, restoring Palestinian aid and rejoining the Paris climate accord, even in some of those areas there is dissatisfaction.

Biden announced this month that the U.S. will withdraw troops from Afghanistan by September, which is a delay from the May deadline set by President Donald Trump but he still drew criticism from hawks on the Hill for leaving too soon.

While CodePink is happy with the withdrawal, it says that sticking to the May deadline set by Trump would have “led the Taliban to continue peace talks and made the withdrawal easier.” 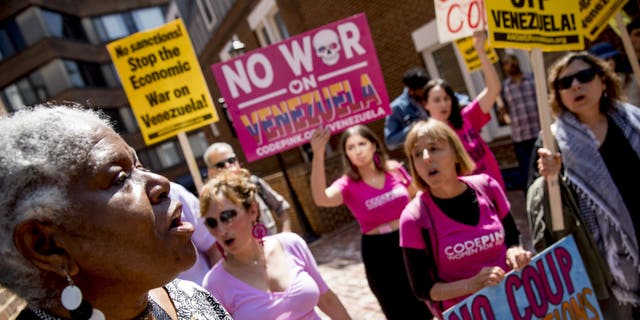 U.S. activist Medea Benjamin, co-founder of the anti-war group Code Pink, second from right, and others, sing together outside the Venezuelan Embassy in Washington, Thursday, May 2, 2019.  (AP Photo/Andrew Harnik)

Among its complaints are the proposed military budget, which marks an increase from the prior administration – and includes money for new nuclear weapons. It also cites the continued sanctioning of countries like Venezuela, North Korea, Iran and Syria, and accuses the Biden administration of “hoarding” vaccine technology.

Other criticisms include “incendiary rhetoric” and actions against China and Russia, continued support for Israel, the refusal so far to remove sanctions on Cuba, and the support for Juan Guaido in Venezuela over despot Nicolas Maduro – who the group describes as the “twice elected President Maduro in elections certified by international election observers as free of fraudulent activity.”

“The American people are ready for a new, progressive foreign policy centered on cooperation, peace and diplomacy, especially in the face of the pandemic and the global climate crisis that demands a unified commitment to reduce greenhouse gases,” the group says. “That’s why it is so disappointing that Biden is, for the most part, continuing Trump’s bullying, militaristic policies on the global scene.”

The criticism from CodePink shows the pressure the Biden administration continues to face from groups on the left, while also facing criticism from the right for going too far left on those issues.

Areas like immigration, border security and stimulus checks as part of COVID-relief packages are all areas where President Biden has faced criticism from the left of the Democratic Party.