Home » Cities are getting a windfall from Biden’s COVID relief bill. Now how are they going to spend it? 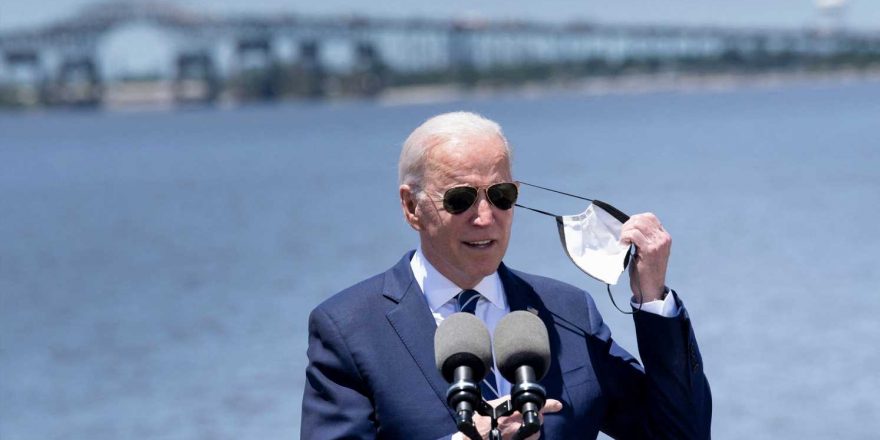 The crunch tightened during a global pandemic.

But an infusion of $350 billion in federal COVID-19 rescue funds now headed to local and state governments this week sets up a new – and welcomed – dilemma: how to spend a financial windfall.

Two months after President Joe Biden signed his American Rescue Plan into law, the Treasury Department on Monday made available a historic amount of direct aid to thousands of city and county governments. Local governments are in line to collectively receive more than $110 billion over two years in addition to $125 billion for the reopening of public schools. Another $195.3 billion will go to states.

“For the most part, city budgets are in a survival mode anyway. There’s not a lot of money,” said Louisville, Ky., Mayor Greg Fischer, whose city lost around 5% to 10% during the pandemic. “So these funds kind of get us back to where we were, which was not resourced as well as we should be. But it’s much better than just surviving.”

A year ago, tax revenue collections nosedived in cities as businesses shuttered during state-ordered lockdowns at the start of the pandemic. Many cities cut government workers and programs. The aid is designed to replenish governments with revenue they lost, allowing mayors to hire cops and firefighters or launch capital projects that were halted.

Even though doomsday revenue scenarios initially forecasted didn’t materialize, the public sector lost 1.3 million jobs since the start of the pandemic, according to the Treasury Department.

Yet the fiscal situations vary in town and cities across the country. Some mayors say hardships remain, with unemployment still below last year’s mark and revenue struggling to catch up. For others, the emergency has largely passed.

“We just got the largest sales tax check in city history last week,” said Oklahoma City Mayor David Holt, whose city saw tax collections drop 5% during the pandemic. Holt was among more than 30 Republican mayors who publicly pushed for the COVID relief funds, despite GOP resistance in Washington. Now, sales tax in Oklahoma City is coming in 38% higher than last spring.

“I would have told you two months ago, we’re going to spend the money to restore our police and fire budgets. But we don’t necessarily have that need now. It’s just taken too long for it all to happen,” he said. “I can’t go back now and fill a police position in June of 2020.”

Still, he said Oklahoma City will have a “methodical and thoughtful conversation” on how to make sure the funds have a lasting legacy. “We’re going to make good use of it. Maybe now, it’s more recovery and less rescue.”

Money a year in the works

Most cities haven’t finalized how they will spend its funds, and several plan to engage the public before deciding.

The money follows a year-long lobbying effort in Washington by the U.S. Conference of Mayors after the pandemic hit. The federal CARES Act, signed by former President Donald Trump last year, offered relief to only the 38 cities with 500,000 or more people in addition to states.

CARES funds were also limited to expenses “directly related” to COVID-19, not replacing lost revenue. Democrats pushed for direct aid for state and cities in subsequent relief packages but the Republican-controlled Senate opposed it.

Cities will receive aid from the American Rescue Plan in two tranches – one this year, the second in 12 months. Payments are expected within days after the Treasury Department approves a city’s application. Dollar amounts were determined by population and poverty in each community. Money must be spent by the end of 2024.

In Nashville, which relies heavily on tourists drawn to the honky-tonk bars and downtown nightlife, hotel taxes designated to pay off the city’s convention center debt fell by two-thirds during the pandemic. Sales tax dropped by around 40%. The city avoided cuts thanks largely to a property tax increase.

“It’s very well-received,” said Nashville Mayor John Cooper, who referred to the aid as “the Biden money” – $260 million which will go to Nashville over two years. Cooper, a Democrat, said it will be no trouble to find uses in a “growing city with lot of challenges.”

“The nice thing for us is that we can look at the Biden money and not have to worry first about education. They’ve got their own path to a large amount of funding,” Cooper said.

Local and state governments are also authorized to use the money to invest in water and sewer or broadband infrastructure.

More than 250 mayors participated in a Zoom call this week hosted by the U.S. Conference of Mayors, led by Fischer, the group’s president, to discuss how they can spend the money.

“We asked everybody on the call, ‘Have you all gotten back to your pre-COVID number on employees?’ And nobody said they did,” said Dayton, Ohio, Mayor Nan Whaley, vice president of the conference of mayors, whose city saw tax collections drop between 8% and 10% during the pandemic. Whaley, who hopes to use funds to pay for new police and firefighter classes that were put off last year, said the relief money can be “transformational” for cities.

Yet mayors on the call – while pleased to receive the money – also raised concerns about the limitations.

FILE—In this Dec. 19, 2019 file photo, Dayton mayor Nan Whaley talks in her office in Dayton, Ohio. Whaley announced Monday April 19, 2021, she will try to unseat Ohio's Republican governor after her effort to work with him on gun reforms in the aftermath of a mass shooting in her city stalled. (Photo: Daniel Sewell, AP)

Cities can use funds on targeted relief for communities in low-income census tracts disproportionately hurt by the pandemic, but primarily through health and housing initiatives. Whaley said mayors would also like to be able to use the funds on new community centers, health centers or markets to respond to food deserts in these areas.

“For us, it is really key in these qualified census tracts that we get broader than just housing,” Whaley said. “That’s not going to cut it for really transformational change for these folks that have really be so economically impacted by Covid. And I think Treasury knows that.”

The Treasury Department has opened a 60-day window to take in feedback from mayors and governors on the funds.

Bryan Burnett, Republican mayor of Rochester Hills, Michigan, a suburb of Detroit, said he hoped to use a portion of the $6.2 million his city will receive on road infrastructure. But roads, bridges and other general infrastructure are not among the acceptable uses unless approved through lost revenue replacement. Biden is pushing approval for a $2.3 trillion jobs plan that include more than $600 billion on transportation infrastructure.

“I don’t know if it’s because they don’t want it to interfere with the president’s infrastructure bill that he’s asking for now, but for us it would really meet a more significant need,” Burnett said. “We’re not going to be paying premium back pay. We don’t really have broadband issues here.”

‘Ready to hit the ground running’

White House officials said they included the money for states and cities in the rescue plan because of a lesson learned from the Obama era, when they believe inadequate money for local governments in the 2009 stimulus plan slowed the economic recovery from the Great Recession.

Kapszukiewicz, a Democrat, anticipates filing an ordinance this summer to appropriate $40 million to $50 million of the $90 million Toledo will get the first year. He’s identified six broad categories where money could go toward: budget stabilization, the well-being of city employees, public safety, housing, neighborhoods and economic development.

But because the money is not recurring, he said Toledo will likely use the money to fund one-time capital costs rather than adding new employees. That means sewer work, new police cars or shotspotter technology, he said, rather than new police officers.

“I’d love to be able to hire 100 more police officers in the city of Toledo,” Kapszukiewicz said. “But who would want that job? Who would want to be hired on a temporary grant essentially when the money for those 100 positions would run out in two and a half years?”

Miami, which has a population of around 450,000, narrowly missed the threshold to receive relief direct funds under the CARES Act. It’s now set to receive $138 million over two years. Last year, the city projected a $25 million deficit, but only ended up with a $2 million shortfall. Florida had laxer Covid guidelines than much of the country, which enabled more businesses to stay open.

Despite a fiscal situation that wasn’t as bad as feared, Miami Mayor Francis Suarez said the money is needed, arguing it will help stimulate the economy and help citizens in need.

“We’re going to give it to essential workers who have been working hard throughout the pandemic to keep our citizens safe,” he said. “We want to shore up our budget to the extent it needs it and then, of course, almost all of it, we’re going to give it back to the people.