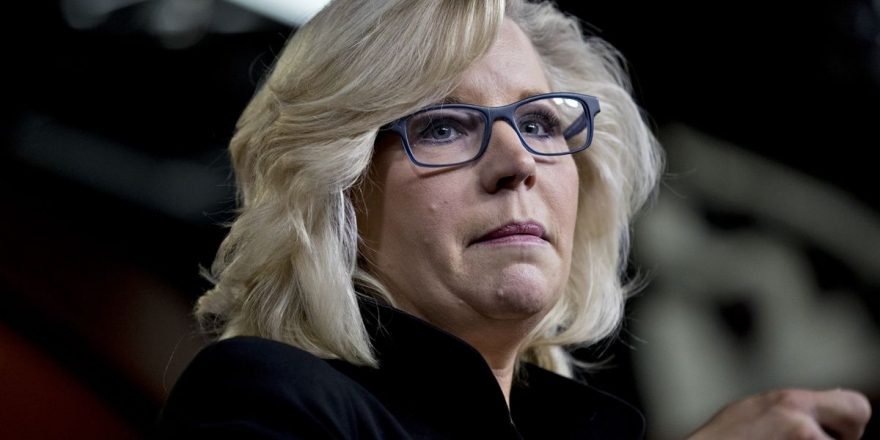 Cheney Faces GOP Move to Oust Her Over Trump Impeachment

Representative Liz Cheney, the No. 3 House Republican, is facing calls to resign from leadership after she said she would vote to impeach President Donald Trump.

Three members of her party say Cheney should be ousted from her role as Republican conference chair after she said Trump was responsible for inciting the violent mob that stormed the U.S. Capitol last week.

Representative Jim Jordan, an Ohio Republican and member of the conservative House Freedom Caucus, said he’s pushing for House Republicans to strip her of her leadership duties. Representatives Matt Rosendale of Montana and Andy Biggs of Arizona have also called for her to step down. Cheney, of Wyoming, was re-elected to the job without objection and without a roll-call vote late last year.

“The conference ought to vote on that,” Jordan told reporters on Wednesday. “I think she’s wrong.”

Cheney, who has broken with Trump in the past, rebuffed those calls, telling reporters Wednesday that she’s “not going anywhere.”

“This is a vote of conscience,” she said. “It’s one where there are different views in our conference. But our nation is facing an unprecedented, since the Civil War, constitutional crisis. That’s what we need to be focused on.”

Cheney, the daughter of former Vice President Dick Cheney, is the highest-ranking Republican to call for Trump’s removal from office. She said in a statement Tuesday that there has “never been a greater betrayal by a president of the United States of his office and his oath to the Constitution.”

The House is poised to pass a single article of impeachment on Wednesday afternoon accusing Trump of inciting the mob that attacked the Capitol. Trump on Tuesday rejected taking any responsibility for the assault, which occurred after he addressed a rally near the White House.

The calls for Cheney to step down highlight divisions among GOP members about whether they should remain loyal to Trump or forge a party without him. Rosendale said in a statement Tuesday that Cheney was “weakening” Republicans for “personal gain.”

No House Republicans voted to impeach Trump in 2019 and he was acquitted by the Senate in 2020. At least five other Republican House members — John Katko of New York, Adam Kinzinger of Illinois, Fred Upton of Michigan, Jaime Herrera Beutler of Washington and Dan Newhouse of Washington, also said they would back impeachment. More are likely to follow.

Representative Tom Cole, an Oklahoma Republican defended Cheney, saying that he “respects” her decision to call for impeachment and it was an “honorable” and “brave” statement, even though he doesn’t support impeachment himself.

“I have every confidence in Liz Cheney’s ability to do any job,” Cole told reporters on Capitol Hill. “And you can’t punish somebody when they say it is a vote of conscience and they act on their own conscience.”