Home » Politics » Charlie Hurt: Joe Biden has been 'part of the problem in DC for 50 years'

Charlie Hurt: Joe Biden has been 'part of the problem in DC for 50 years' 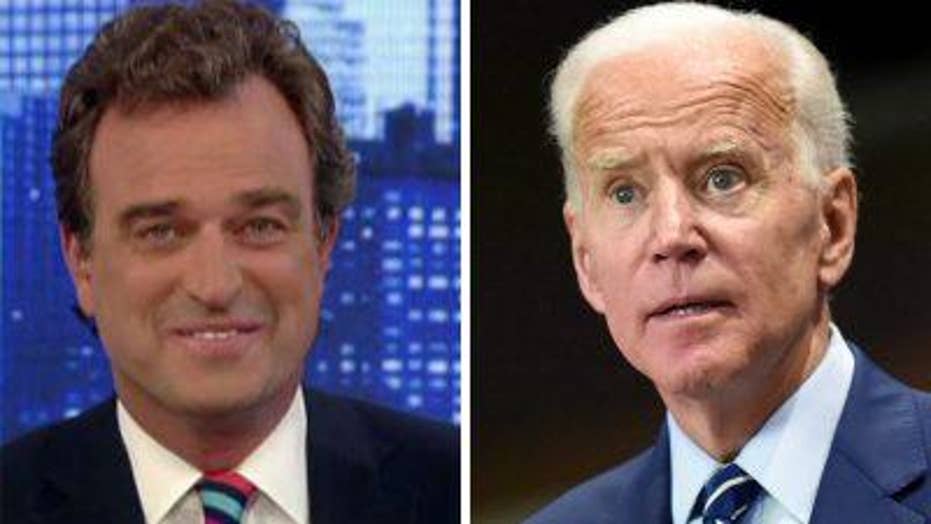 Former Vice President Joe Biden constant push to become president has made him a big part of the problem with the federal government, according to Charlie Hurt.

In his time in D.C., Biden's main focus has been trying to win his way to the Oval Office, Hurt claimed Tuesday on "The Story."

"People forget Joe Biden has been part of the problem in Washington for nearly 50 years," he said.

"The entire time he's been in Washington, he's been trying to figure out how to become president. He's run a couple of times and it's been disastrous.

"The closest he's ever gotten to the White House is when Barack Obama needed somebody that fit his description. It's a good reminder that he really is kind of bad at this."

Looking at past elections, the Washington Times opinion editor added the current crop of more liberal Democratic candidates resembles a candidate from the 2004 presidential election.

Hurt said many Democratic voters didn't like then-President George W. Bush, but instead of immediately coalescing around a centrist Democrat, they sought politicians like former Vermont Gov. Howard Dean.

"They ran off with Howard Dean for a long time, and then at the last minute they were reminded electability was the only thing they cared about, so they jumped into the arms of John Kerry," he said. "Of course it didn't work out so well."

On the campaign trail, Biden recently raised eyebrows with his latest campaign promise — this time, pledging to cut prison incarceration by "more than" 50 percent.

Speaking with an ACLU member at a campaign event on in South Carolina over the weekend, Biden was asked about the initiative being headed by the organization to develop a "roadmap for cutting incarceration by 50 percent."

"Do you commit to cutting incarceration by 50 percent?" the man, who identified himself as an ACLU member, asked.