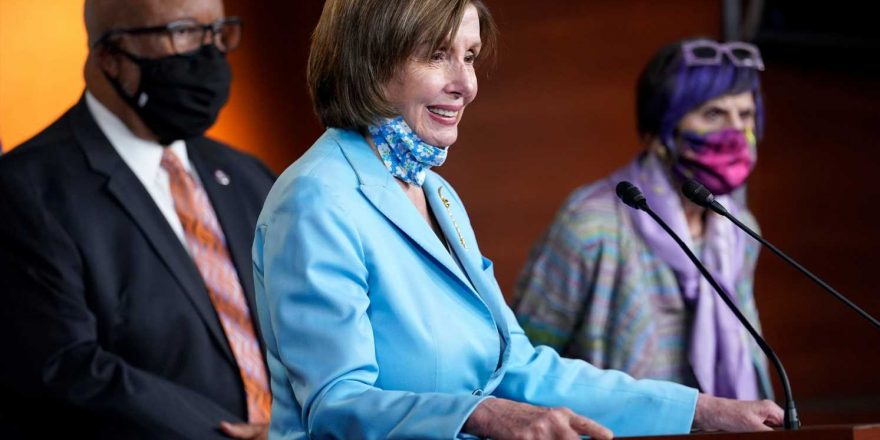 WASHINGTON – Republican senators who could prevent the creation of a Capitol riot commission voiced their concerns Thursday, a day after the House approved the creation of a bipartisan investigation with subpoena power.

Thirty-five House Republicans joined Democrats on Wednesday in passing a bill to create a bipartisan, independent commission to thoroughly investigate the Capitol riot Jan. 6. The bipartisanship sparked optimism that the Senate would approve the commission despite opposition from Senate Minority Leader Mitch McConnell, R-Ky.

But Sen. Richard Burr, R-N.C., who voted to convict former President Donald Trump of inciting the insurrection, opposes such a commission. Burr noted the Justice Department is conducting one of the largest criminal investigations in history and congressional committees are conducting multiple investigations.

“I don’t believe establishing a new commission is necessary or wise,” Burr said.

Sen. Richard Burr, R-N.C., arrives for a Senate Republican caucus luncheon meeting in the Russell Senate Office Building on Capitol Hill on May 20, 2021 in Washington, D.C. Republicans in the Senate appear to be poised to vote against the formation of a independent commission to investigate the Jan. 6 assault of the U.S. Capitol by Trump supporters. (Photo: Chip Somodevilla, Getty Images)

Sen. Susan Collins, R-Maine, who also voted to convict Trump, said she supported a 9/11-style commission, but that changes in the House bill would be needed for her support. She echoed McConnell in criticizing the House bill for allowing the Democratic chairman to oversee all staffing.

Another impeachment supporter, Sen. Pat Toomey, R-Pa., said he is undecided on whether to create a commission. “I’ll have a statement when I make a decision,” he said.

At least 10 Republican senators would have to join the 50 Democrats to overcome a potential filibuster of the commission. Given that three of the seven GOP senators who voted to convict Trump in February of inciting the mob have doubts about the House bill, the odds of Senate approval appear slim.

Regardless, Senate Majority Leader Chuck Schumer, D-N.Y., vowed to bring the bill to a vote.

The bill creating the panel would give the commission subpoena power to call witnesses and produce a report by Dec. 31. The commission would have 10 members, with half appointed by leaders of each party. Subpoenas would depend on support from at least one member of the opposing party.

Modeled after the widely hailed, independent panel that investigated the Sept. 11 terrorist attacks, this commission would be charged with scrutinizing what provoked a pro-Trump mob to assault the Capitol and what can be done to prevent another attack.

House Speaker Nancy Pelosi, D-Calif., said Americans would have confidence in the commission’s findings because it is bipartisan. She also said that the report and recommendations would carry more weight for combining all the information uncovered about the attack, in contrast to a series of hearings working on narrow topics.

“It sounds like they’re afraid of the truth, and that’s most unfortunate,” Pelosi said of Republican opposition. “But hopefully they will get used to the idea that the American people want us to find the truth and that’s what we intend to do.”

The House vote on the bill was 252-175. Homeland Security Chairman Bennie Thompson, D-Miss., and Rep. John Katko of New York, the top Republican on the panel, negotiated the bipartisan bill.

Leading GOP lawmakers, including House Minority Leader Kevin McCarthy, R-Calif., have said they oppose any commission that would look at the Jan. 6 attack without examining protests by Black Lives Matter activists during the summer.

“After careful consideration, I’ve made the decision to oppose the House Democrat’s slanted and unbalanced proposal for another commission to study the events of Jan. 6,” McConnell said.

Trump urged McCarthy and McConnell to oppose a bill he called a “trap.”

“It is just more partisan unfairness and unless the murders, riots, and fire bombings in Portland, Minneapolis, Seattle, Chicago, and New York are also going to be studied, this discussion should be ended immediately,” the former president said in a statement issued Tuesday night through his Save America PAC. “Republicans must get much tougher and much smarter, and stop being used by the Radical Left.”

A group of U.S. Capitol Police officers wrote a letter, obtained by USA TODAY, that expresses “profound disappointment” with recent comments from McCarthy and McConnell for expressing “no need” for a commission.

“The brave men and women of the USCP were subjected to hours and hours of physical trauma which has led to months of mental anguish,” they wrote in the letter, which was circulated by Rep. Jamie Raskin, D-Md.

The USCP later tweeted that the letter, written by a group of officers, is “NOT an official USCP statement” and the agency “does not take positions on legislation.”

“The January 6 attack on the U.S. Capitol was one of the darkest days in the history of our country.  Americans deserve an objective and an accurate account of what happened,” the two said in a joint statement Wednesday. “As we did in the wake of September 11,  it’s time to set aside partisan politics and come together as Americans in common pursuit of truth and justice.”

New Jersey Democratic Rep. Mikie Sherrill, who was in the House chamber when rioters stormed the Capitol and temporarily halted the Electoral College vote count confirming President Joe Biden’s victory, said the events of that day demand a thorough and independent review.

“We need this commission because the American people must understand exactly what happened so we can all forge a more resilient democracy,” she said on the House floor before Wednesday’s vote. “We need this commission because on Jan. 6 I was lying on the floor to avoid possible shooters in this very chamber, holding a gas mask in one hand and a phone in the other as I called my husband in case I didn’t make it home.”

If approved, the 10-member commission:

•Would study the facts and circumstances surrounding the Jan. 6 attack and what provoked it.

•Would be appointed with five members from Democrats and five from Republicans. Commissioners are expected to have expertise in law enforcement, civil rights and intelligence.

•Could issue subpoenas to secure information, with approval required by a majority of commission members or by agreement between the Democratic chairman and Republican vice chairman.

As head of the House Administration Committee, Rep. Zoe Lofgren, D-Calif., has already held hearings that exposed a lack of training, equipment and intelligence sharing that put Capitol Police officers at risk. She said the commission will find out what happened and why.

“A howling mob attacked the United States Capitol,” Lofgren said. “They were pounding on the doors. They had maimed police officers. They were chanting, ‘Hang Mike Pence.’ Who paid for them to come here? Who incited them?”

McConnell said there would be no shortage of bipartisan investigations through congressional committees.

“It is not at all clear what new facts or an additional investigation — yet another commission could actually lay on top of existing efforts by law enforcement and Congress,” McConnell said. “The facts have come out, and they will continue to come out.”

“This was an attack on the constitutional transfer of power in a peaceful manner, and an attack on the symbol of democracy around the world,” Sen. Mitt Romney, R-Utah, said Tuesday. “If they want to look at other things, why perhaps they can do that another way. But the key thing that needs to be associated with this effort would be the attack on this building.”

Sen. Tommy Tuberville, R-Ala., said he supported a commission with the same number of members for each party, as the House proposed. He said studying riots beyond what happened Jan. 6 would place too heavy a burden the Capitol commission.

“If we want to broaden that, it’ll be a lot,” Tuberville said of Jan. 6. “Heck, we’ve had a lot of riots. I don’t know whether you want to make it the same commission. I don’t know whether you want to mix that. I think probably if you do one, you’d want to do both, and you might need to do a different group where you can do it, do due diligence and get them done in a short period of time.”

And Louisiana GOP Sen. Bill Cassidy told reporters Wednesday he does not share McConnell’s view that the proposal is “slanted and unbalanced.”

Senate Minority Whip John Thune, R-S.D., whose job is to count votes, said it wasn’t clear whether 10 Senate Republicans would join Democrats in overcoming a filibuster and approving the commission.

“There are some of our members who I think obviously have an interest in seeing the commission go forward and others who think it would be counterproductive because of the work that’s already been done, and that it could be weaponized politically and drug into next year,” he said.