LONDON — Scotland’s highest court has ruled that Boris Johnson’s decision to shut down parliament was unlawful, in a significant blow to the prime minister’s authority.

Three judges, chaired by Lord Carloway, Scotland’s most senior judge, on Wednesday overturned a previous ruling that the courts could not intervene in the prime minister’s political decision to suspend parliament until mid-October.

Lawyers, who were acting on behalf of over 75 opposition members of Parliament and peers, said Johnson’s move to suspend parliament on Monday was illegal and designed to stifle parliamentary debate and scrutiny on Brexit.

“This was an egregious case of a clear failure to comply with generally accepted standards of behaviour of public authorities,” the Court of Session’s ruling said on Wednesday morning.

“It was to be inferred that the principal reasons for the prorogation were to prevent or impede Parliament holding the executive to account and legislating with regard to Brexit, and to allow the executive to pursue a policy of a no-deal Brexit without further Parliamentary interference.”

It added: “The prime minister’s advice to HM the Queen and the prorogation which followed thereon was unlawful and is thus null and of no effect.”

Responding to the ruling, Scottish National Party MP Joanna Cherry QC, who led the legal case, said: “Today’s ruling of the highest court in Scotland that Boris Johnson’s plans to shut down the UK Parliament ahead of Brexit are unlawful and unconstitutional is a huge victory and a vindication of our case. The prorogation must now be stopped.”

Opposition parties called on the government to recall parliament immediately.

Tom Brake, the Liberal Democrats’ Brexit spokesperson, said: “The implications of this decision made by the Scottish Courts should not be underestimated — the shutdown of Parliament has been found unlawful and the government must now act accordingly.”

A spokesperson for the UK government said it was “disappointed” by the decision, and would appeal to the UK Supreme Court.

“The UK government needs to bring forward a strong domestic legislative agenda. Proroguing parliament is the legal and necessary way of delivering this,” they said.

Read more:Boris Johnson plans to solve Brexit by building a bridge over the sea between Scotland and Northern Ireland 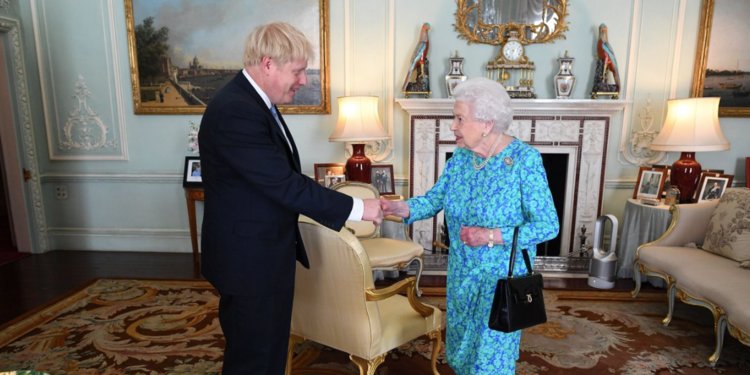 Johnson’s government will now appeal the Scottish appeal court’s decision — which also contradicts a ruling made by English judges last week — at the Supreme Court.

The Supreme Court has already scheduled an emergency hearing for the Scottish and English cases on September 17, along with a third challenge brought in Belfast.

Johnson suspended, or prorogued, parliament on Monday, claiming that the longest parliamentary session ever should be brought to a close so that his government could introduce a new domestic agenda with a Queen’s Speech.

But opponents said the timing of his move indicated he was seeking to stifle opposition to his Brexit plans ahead of the October 31 exit deadline.

Johnson’s move to prorogue parliament, which was approved by the Queen, also meant he would not receive questions from the House of Commons’ powerful Liaison Committee on Wednesday afternoon, as had been planned.

Naomi Smith, CEO of Best For Britain, described it as an “important victory for democracy.” She added: “The Prime Minister and his unelected advisors have shown contempt for our Parliament and a willingness to rip up constitutional principle to get their way. Their actions have been rightfully judged unlawful. “If this decision is now upheld in the Supreme Court, Boris Johnson’s plan will have come completely unstuck. The suspension of Parliament will fall through, Parliament will be recalled and the time will be right for MPs to legislate for a final say on Brexit.”

Our Brexit Insider Facebook group is the best place for up-to-date news and analysis about Britain’s departure from the EU, direct from Business Insider’s political reporters. Join here.