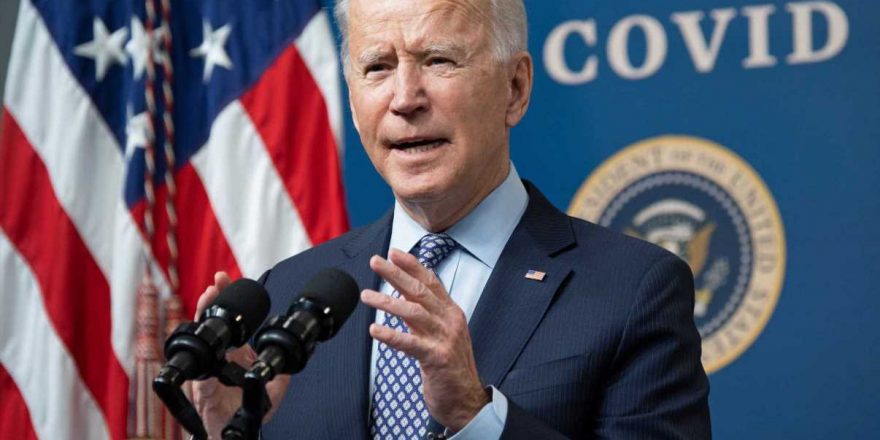 The Pharmaceutical Research and Manufacturers of America, known as PhRMA, is a political advocacy group that represents over 30 pharmaceutical firms, including Covid vaccine makers Pfizer and Johnson & Johnson. Late last month it started running a digital ad campaign on Facebook and Google targeting Biden's decision, a CNBC search of the companies' ad archives revealed.

While PhRMA blasted the Biden administration's move shortly after the announcement, the group didn't officially announce a campaign against the waiver push. The details of the effort had yet to be reported.

Proponents of waiving patent protections say it allows poorer nations to ramp up production of the Covid vaccine.

A spokesperson for PhRMA did not return CNBC's request for comment.

PhRMA's ads on Google call out Biden by name.

Google's ad archive shows that one of the ads on the search platform cost the group between $1,000 and $50,000. The other cost under $100. Both targeted the area in and around Washington, D.C, according to Google's data.

Each Google ad was live for up to five days through the end of May, according to the search engine's ad transparency report.

The Google ads link to articles written by PhRMA's public affairs team and published on the group's website. One of the posts sports the headline: "The Biden Administration allows politics to upend a pragmatic pandemic response." The article claims that "not only will this policy do nothing to help save lives globally, it could have a damaging impact for American patients."

Another PhRMA post cites a poll by a Hill-HarrisX poll that shows that 57% of registered voters who took the survey are against the waiver.

Facebook's ad library shows that PhRMA spent over $245,000 since late April and throughout May on digital spots. A fraction of that spending went toward ads that ran at the end of May taking aim at Biden's decision.

The Facebook ads all had the same message: "Eliminating IP protections undermines our global response to the pandemic and compromises safety." One spot had a potential reach of up to 1 million people, according to data from the social media giant. That ad targeted people in Maryland, Washington, D.C., and Virginia. The PhRMA Facebook ads are currently inactive.

Even prior to launching the digital ad campaign, PhRMA was actively lobbying the Biden White House on the patent waiver issue.

First quarter lobbying disclosure reports, which span from the month Biden was inaugurated through March, show that PhRMA lobbied the Executive Office of the President as well as Health and Human Services on "international intellectual property and market access policy issues," among other concerns.

PhRMA spent just over $8.5 million on lobbying over the course of the first three months of 2021. Data from the nonpartisan Center for Responsive Politics shows the organization spent over $25 million in 2020 and nearly $30 million in 2019 on lobbying related expenditures.