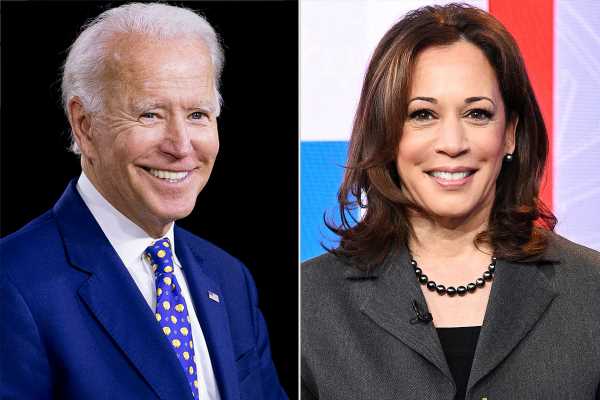 Set for Jan. 20, the 2021 inauguration comes as cases of the novel coronavirus are spiking across the United States.

In an effort to contain the spread, the Biden-Harris transition earlier announced plans to host a much more scaled-back and largely virtual inaugural celebration.

Presidential Inauguration Committee CEO Tony Allen said in a statement that the upcoming events will reflect the incoming administration's commitment to diversity and highlight "more of our nation’s people than ever before while keeping everyone safe."

According to the transition's statement, the parade "will celebrate America’s heroes, highlight Americans from all walks of life in different states and regions, and reflect on the diversity, heritage, and resilience of the country as we begin a new American era."

Participants in the event will be announced in the coming weeks, and will include "musical acts, local bands, poets, dance troupes, and more paying homage to America’s heroes on the frontlines of the pandemic."

As is tradition, the inaugural events will also include an official swearing-in ceremony for Biden, 78, and Harris, 56.

That portion of the event will take place in front of the U.S Capitol and feature Biden, future First Lady Jill Biden, Harris, and incoming Second Gentleman Doug Emhoff.

The Joint Congressional Committee on Inaugural Ceremonies, which is working with Biden’s team on the event planning, previously announced that it would be limiting the number of attendee tickets to the 535 members of Congress, plus one guest for each.

The committee said it typically gives out about 200,000 tickets for the inauguration, which has historically included a number of other events, such as inaugural balls and parties, as part of the festivities. Due to the pandemic, this year's events will be different, but certain traditions will be maintained.

The swearing-in will be followed by a Pass in Review, a long-standing military tradition in which the President-elect "will review the readiness of military troops."

According to the transition, every military branch will be represented during that ceremony and "participants will be socially distanced and PIC will have vigorous health and safety protocols in place."

Biden will also receive a presidential escort from 15th Street to the White House, though one without the presence of large crowds.

Each branch of the military will be represented during the official escort, "including The U.S. Army Band, a Joint Service Honor Guard, and the Commander-in-Chief’s Guard and Fife and Drum Corps from the 3rd U.S. Infantry 'The Old Guard.' "

The transition previously announced it had utilized Dr. David Kessler, former head of the Food and Drug Administration, to advise on how best to host the event in an effort to prioritize safety and health.

In a December interview, South Carolina Rep. Jim Clyburn, co-chair of Biden's inauguration committee, suggested the administration might hold a large-scale celebration on the Fourth of July provided the virus is under control and vaccines are widespread by then.

Both Biden and Harris have each received their first doses of COVID-19 vaccines.