Home » Politics » Biden's credibility on inflation, gas, economy is melting like an ice cube in the summer sun

America isn’t doing so well right now. If you have a baby, travel or eat, you may have noticed. America’s small businesses have noticed, the Wall Street Journal reported this week that "fifty-seven percent of small-business owners expect economic conditions in the U.S. to worsen in the next year" matching an all-time low recorded in pandemic dominated April 2020. Nonetheless, Biden and his acolytes evidently have not noticed – either that, or they just don’t particularly care about the misery their wrongheaded policies are inflicting on the American people.

While the American economy tumbles down the rabbit hole of his failed policies, Biden grasps for catchy phrases to save a presidency whose credibility is melting like an ice cube in the summer sun.

Most recently, he called President Trump "the MAGA King," as if calling Trump the leader of a movement to Make America Great Again was an insult. Seriously? Biden really needs to spend some time talking to people outside his administration’s progressive bubble.

Out here is the real world, inflation remains destructively high. While the administration crows about supposed wage gains, American workers are steadily losing more ground every month, because the highest inflation rate since the early 1980s is eating up all their pay increases – and then some – leaving them worse off in real terms. Meanwhile, gas prices are at a record high and still rising. Grocery store shelves are barren. Mothers and fathers are desperately scrambling to find formula to feed their babies.

The situation isn’t improving, and given this administration’s commitment to tax and spend – at this point, just spend and spend – policies, there’s no light at the end of the tunnel.

Biden and the Democrats are in a deep hole, and the only thing they seem to be able to do is to keep digging.

The Consumer Price Index rose another 0.3 percent last month, and now stands at an annualized rate of 8.3 percent. The Producer Price Index, which measures wholesale prices and thus serves as a reliable indicator of future inflationary pressures, is up a whopping 11 percent compared with one year ago.

And all that is despite GDP shrinking by 1.4 percent last quarter, which undoubtedly exerted a disinflationary effect. In other words, inflation would be even worse if the economy were not teetering on the precipice of recession. 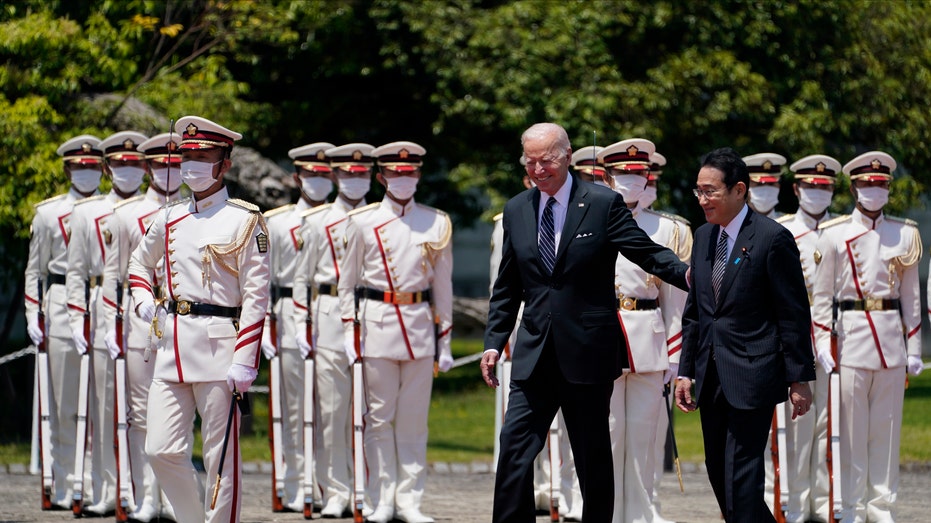 We’re in the midst of a self-reinforcing inflationary spiral wherein rising prices lead to rising prices, squeezing the budgets of working families and draining the savings of retirees.

Federal Reserve Chairman Jerome Powell is attempting to tamp down out of control demand by increasing interest rates. He admitted in a recent press conference that this would be painful. He’s right. It will be painful for the middle and working class Americans who are driving that demand. 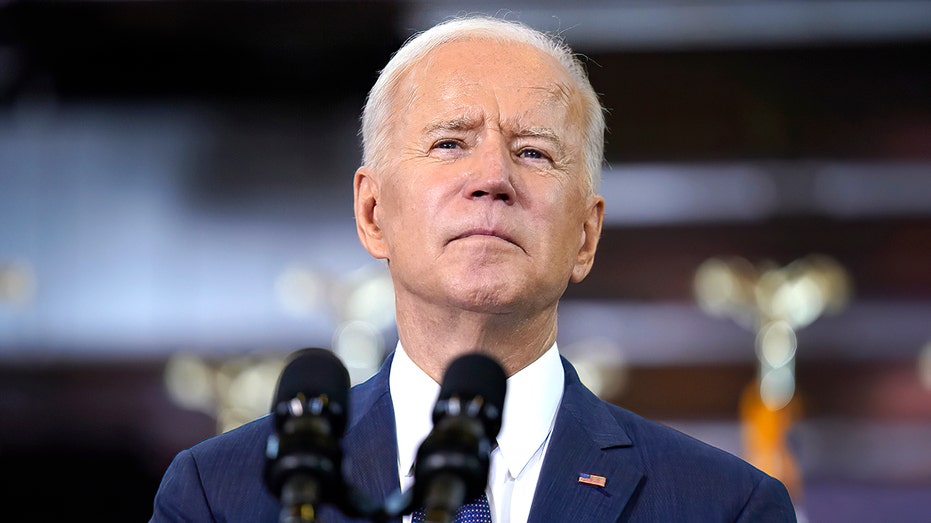 Clearly, someone is simply confused about what drives inflation and, as between Biden and Chairman Powell, I don’t think there’s much confusion who that is.

Unfortunately, it increasingly appears that we will have to endure a sharp recession and likely a period of stagflation before inflation returns to manageable levels, just as we did in the early 1980s, when Ronald Reagan and Federal Reserve Chairman Paul Volcker teamed up to tame the inflation beast that had previously bested three successive administrations under both parties.

It didn’t have to be this way. Policymakers in Washington could have sat back and watched the market correct itself following the devastation inflicted by the pandemic and associated lockdowns. They could have then taken credit for the rebound and probably coasted to reelection.

Instead, President Biden and congressional Democrats wanted to seize what they saw as an opportunity to remake America. And, jealous of the credit Donald Trump and the Republicans were claiming for their stimulus packages during the height of the recession, the Democrats pushed through their own enormously expensive, and entirely unnecessary, $1.9 trillion COVID "relief" legislation early in Biden’s first year. 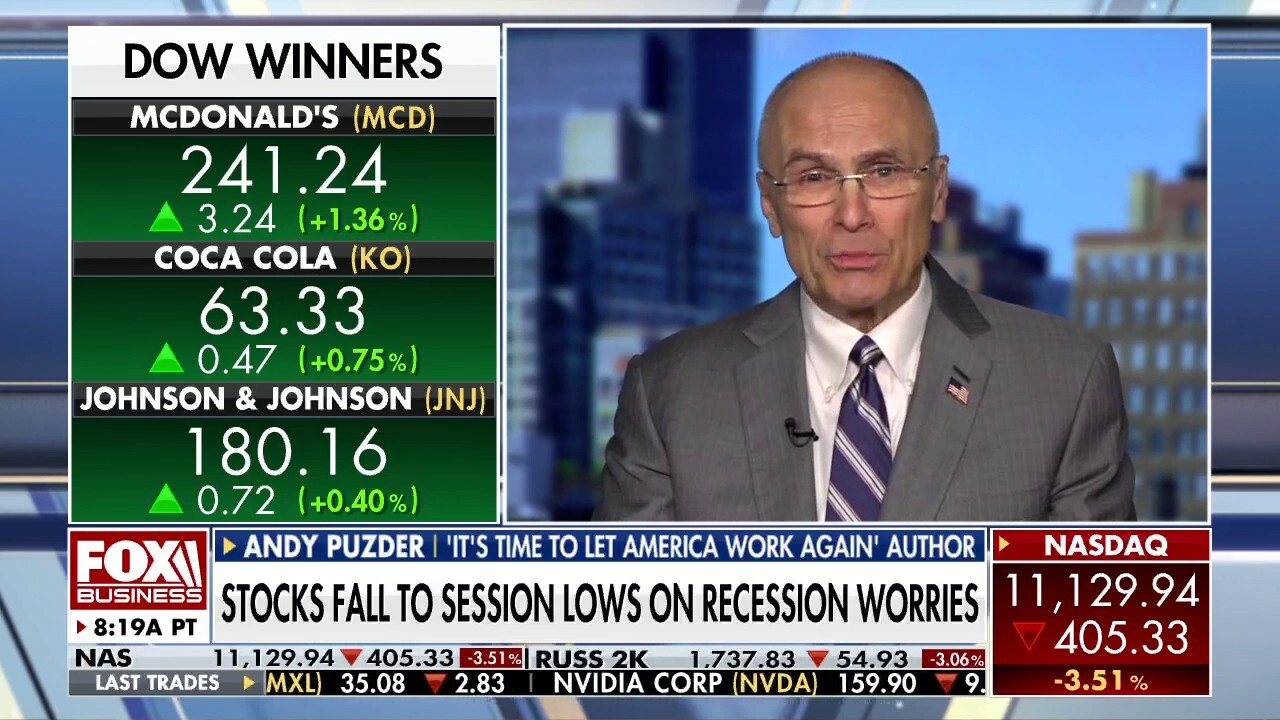 That, coupled with a $1+ trillion "infrastructure" bill passed a few months later, injected massive amounts of money into an overheating economy. With demand already outstripping supply as the country emerged from lockdowns and consumers once again began spending on things like entertainment and travel, the White House recklessly inflated the demand bubble with trillions of (borrowed) dollars for no better reason than to claim partisan victories, and with no regard for the real state of the economy.

We are all by now familiar with the results. While inflation is a worldwide problem, out-of-control inflation is a domestic US problem caused and then exacerbated by bad policy. Biden needs to open his eyes and correct course – immediately. The longer he waits to address these problems, the more painful it will be on working and middle class Americans and the small businesses that employ them.

But course correcting is not in the Biden Blame Game playbook. Biden and the Democrats are in a deep hole, and the only thing they seem to be able to do is to keep digging.

For the sake of the country, they must stop – or be stopped at the ballot box – before it’s too late for future generations.

It actually would be a relief to have a president intent on Making America Great Again. Maybe then more Americans could afford gas and food – and mothers could find some baby formula.

Andy Puzder was chief executive officer of CKE Restaurants for more than 16 years, following a career as an attorney. He is currently the executive chairman for 2ndVote Value Investments, Inc. and a Senior Fellow at both the Pepperdine University School of Public Policy and the America First Policy Institute. He was nominated by President Trump to serve as U.S. Labor Secretary.