Biden's budget proposal: What to know

This plan would boost overall spending to the highest sustained level not seen since World War II.

Debt would outpace the nation’s gross domestic product by 117% in a decade.

This is on top of the trillions of dollars Congress allocated last year and over the winter to combat the pandemic. And it has nothing at all to do with potentially spending $1.7 trillion on infrastructure, as proposed by President Biden.

Here a couple of things to remember about budgets sent to Congress by presidents: Budgets are aspirational. Press releases on steroids. Phantoms.

If we had a king and not a president, Biden would spend $6 trillion in fiscal year 2022, down to the nickel as outlined in his budget. There would be no "budget request." After all, the Constitution is clear that the executive branch doesn’t decide how much money the government spends. The power of the purse resides with the legislative branch.

This is why a budget is a "request." Not an actual document that denotes spending.

Take a look at Article I, Section 9 of the Constitution: "No Money shall be drawn from the Treasury, but in Consequence of Appropriations made by Law."

In fact, American presidents didn’t even have to lay this all out with a budget request until the mid-1970s.

Democrats in Congress didn’t like how President Richard Nixon "impounded" money in the 1970s, refusing to spend some of it, despite congressional direction. The Constitution says Congress determines how much money the government expends. But it’s up to the executive branch to actually send it out the door.

So, in 1974, Congress approved The Budget Act. Congress wanted to better track how the executive branch spent the money appropriated by lawmakers. So, Congress required the president to submit to Congress a budget blueprint, outlining all of his spending priorities.

Budgets do not become law. And Congress never adopts a "budget resolution" that mirrors what the president submitted to Capitol Hill. In fact, sometimes Congress doesn’t even approve an overall budget for a given fiscal year.

Budgets are ballpark blueprints for spending. Fiscal spit-balling. Yet on Friday and over the weekend, lawmakers from both sides of the aisle and journalists exhausted excessive verbiage on something that doesn’t have the force of law and really is just a big idea sheet.

Sure, President Biden proposed scads of new spending, which the left embraced and the right abhorred. But much of the money that the federal government will spend in fiscal year 2022 is already on autopilot.

Around 70% of all federal spending is on cruise control, devoted to entitlements: Medicare, Medicaid, Social Security and interest on the national debt. This is called "mandatory spending." That’s because Congress, long ago, passed bills to automatically spend money on these popular programs – without an annual appropriation. In other words, it’s "mandatory" that the government spend this money.

People may complain about how much Washington spends. But most Americans embrace nearly every cent of the "mandatory" spending primed to go out the door, whether President Biden placed it in his budget or not. It had to be there since it’s mandatory.

Much of the rest of federal spending comes from annual appropriations. Those are the 12 spending bills Congress assembles each year to run the government. Congress has to pass those – or there’s a government shutdown. That accounts for about 30% of all federal spending.

Congress doesn’t have to spend any money in this area. That’s why this portion of spending is known as "discretionary," because, well, Congress has "discretion" over what it elects to spend. Mandatory spending is "mandatory." 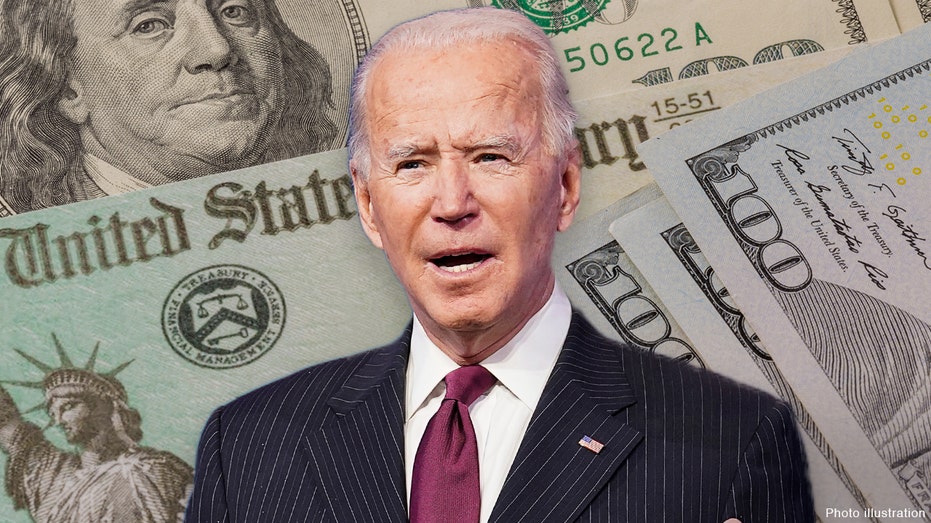 Still, Congress will establish the size of the spending allotments for appropriations. These are called "302(a)" and "302(b)" allocations for mandatory and discretionary spending.

This is why it’s sometimes misplaced to get hyped up about a president’s budget submission to Congress. Sure. There are plenty of programs and spending issues to fight over on the discretionary side of the ledger. But so much of the entitlement money is just pre-programmed. Presidents Biden, Trump, Obama, Bush, Clinton or Bush really didn’t have much control over it.

The verbal jousting about budgets is intriguing because many in the public aren’t aware that these spending requests are just that. It may confuse voters who think President Biden signed off on this money and it’s en route, out the door, never to be seen again, without any congressional say.

You can do virtually anything you want in a budget, be it crafted by a president or lawmakers.

Democrats used to excoriate former House Speaker Paul Ryan, R-Wis., when he was Budget Committee chairman, over the budgets he produced. Ryan would argue those budget blueprints would balance the federal books over various time windows. Those budgets would also repeal ObamaCare. Yet Democrats took issue with Ryan as his budgets frequently counted federal revenue generated by ObamaCare as counting toward deficit reduction.

In other words, you can’t have it both ways. But in a budget, since it technically doesn’t "count," you can practically do anything you want.

As House Speaker Nancy Pelosi, D-Calif., always declares, "Show us your budget and we’ll show you your values."

Budget proposals, be they authored on Capitol Hill or by the president, are statements of values. Republicans will spend less here. More there. Vice versa for Democrats. Budgets aren’t about real dollars and cents. And those real dollars that are allocated in there are already headed out the door, set in stone decades ago for Medicare, Medicaid and Social Security.

However, the one thing that deserves scrutiny are budget forecasts. The Biden administration predicts the budget deficit (in other words, the difference between what the U.S. takes in and spends) will remain above $1 trillion over the next decade – even if the economy recovers.

The national debt will continue to soar for years to come. Not so much because of brand new spending. But because of the old spending for entitlements already locked in.

Approximately 70% of any president’s budget proposal is going to immediately go for entitlements. And that means President Biden’s budget isn’t really that much different from many of his predecessors.

It just reflects their aspirations.