Home » Biden will seek $80 billion for the IRS to use clawing back $780 billion in extra tax from the rich, report says 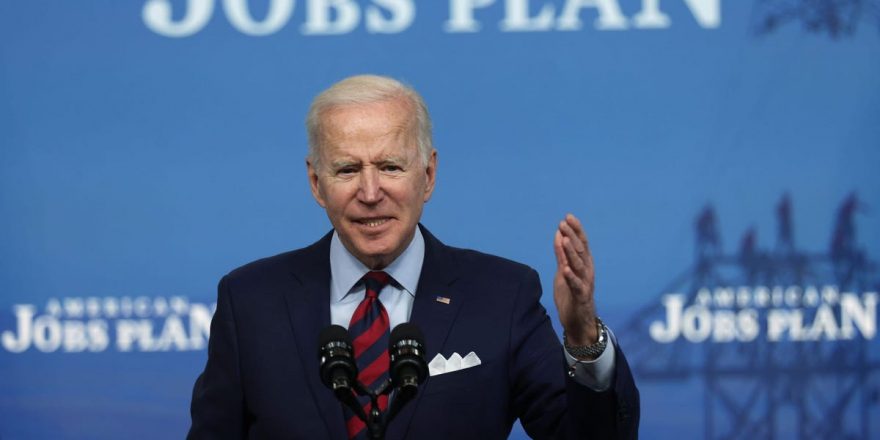 Biden will seek $80 billion for the IRS to use clawing back $780 billion in extra tax from the rich, report says

President Joe Biden is hopes to boost funding at the Internal Revenue Service (IRS) by $80 billion as part of an ambitious plan to increase tax revenue from rich individuals and corporations, sources told The New York Times.

According to The Times the 10-year funding boost will be accompanied by new powers for the IRS meant to rake in tax dollars which the IRS is owed but currently unable to secure.

The newspaper cited projections that the plan could raise as much as $780 billion over ten years, narrowing the so-called tax gap between what the US is owed and what it actually collects.

The Times said that the head of the IRS estimates that the current tax gap is as large as $1 trillion a year. The Biden projection of reclaiming $780 billion over 10 years equals roughly 8% of the annual tax gap.

Per the plan, the IRS would get there by more aggressively auditing those who may be underpaying taxes, and by requiring additional information so that it is harder to conceal taxable income and assets.

The plan is separate from a Biden push to raise the rates of tax for corporations and wealthy individuals. Both would help pay for Biden’s infrastructure and childcare programs.

The current ability of the IRS to secure taxes from wealthy Americans has been eroded by a decade of budget cuts, Bloomberg reported. The outlet said the IRS has 20,000 fewer staff than it did in 2010.

The Treasury Inspector General for Tax Administration, an IRS watchdog, in a March report, found that that high earners, defined as those with an income of $1.5 million or above, were paying only 39% of the taxes they owed the IRS. It also found that that unpaid back taxes of high-income individuals were not being collected.

“High-income taxpayer noncompliance can have a significant corrosive effect on overall tax administration as well as add to the belief that the nation’s tax system favors the wealthy,” according to the Inspector General report.

According to the Times report, the extra tax revenue Biden plans to gather with the IRS reforms and funding increase will be used to help fund the $1.5 trillion American Families Plan. The plan aims to make childcare more accessible and affordable and tackle child poverty.

It comes after the president announced an ambitious $2 trillion infrastructure plan to rebuild roads, bridges, as well as addressing climate change through investment in green energy.