Home » Politics » Biden statement on Cuba protests: 'We stand with the Cuban people' 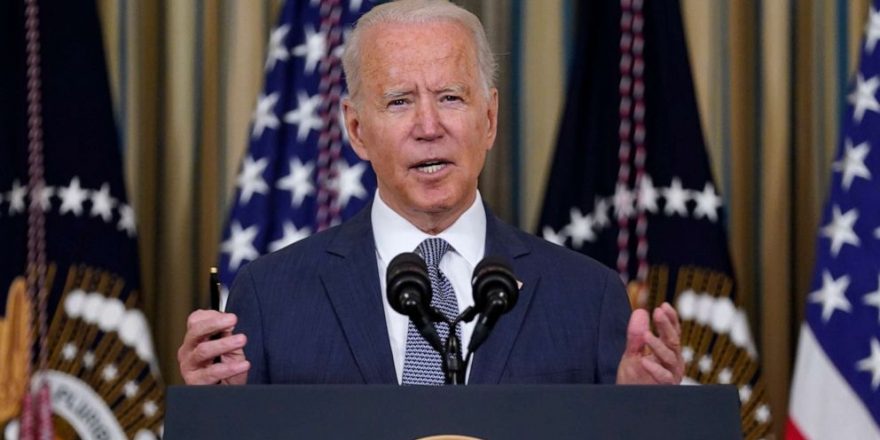 Biden statement on Cuba protests: 'We stand with the Cuban people'

President Joe Biden on Monday released a statement in solidarity with the thousands of Cubans who protested over the weekend about shortages and rising prices for food and medicine amid the coronavirus pandemic in what’s being called an unprecedented rejection of the island nation’s government.

“We stand with the Cuban people and their clarion call for freedom and relief from the tragic grip of the pandemic and from the decades of repression and economic suffering to which they have been subjected by Cuba’s authoritarian regime,” Biden said in a statement.

“The Cuban people are bravely asserting fundamental and universal rights. Those rights, including the right of peaceful protest and the right to freely determine their own future, must be respected. The United States calls on the Cuban regime to hear their people and serve their needs at this vital moment rather than enriching themselves,” he said.

Sunday’s protest was one of the biggest anti-government demonstrations in Cuba in recent history and Biden has been called on to show support for the protests.

One of the first responses from the U.S. government came overnight from Julie Chung, the acting assistant secretary for the U.S. Department of State’s Bureau of Western Hemisphere Affairs, who tweeted out support for the Cuban people’s right for peaceful assembly but condemned any violence — a sentiment echoed by national security adviser Jake Sullivan.

Cuba’s Minister of Foreign Affairs Bruno Rodríguez Parrilla threw cold water on the U.S. statements on Monday, saying the White House has “no political or moral authority to speak about Cuba.”

“His government has allocated hundreds of millions of dollars to promote subversion in our country & implements a genocidal blockade, which is the main cause of economic scarcities,” he tweeted, referring directly to Sullivan’s statement.

Cuba’s President Miguel Díaz-Canel, in a televised address earlier Monday, acknowledged public grievances relating to blackouts, food and medicine shortages, but defended the regime’s leadership and, instead, blamed many of the island’s problems on the U.S. embargo.

Díaz-Canel also accused the “imperialists” — a term commonly used to refer to the U.S. — of interfering by stoking tensions on social media, allegedly urging the public to go out onto the streets.

Along with experiencing an economic crisis, the country is dealing with another deadly surge of COVID-19.