President Joe Biden on Monday issued a statement supporting the Cuban people rising up to protest their government in the wake of food and vaccine shortages as well as high prices caused by the coronavirus pandemic.

As thousands of Cubans took to the streets in the largest protests in years, Biden issued a statement hailing the protesters and calling on Cuba’s authoritarian government “to hear their people.”

“We stand with the Cuban people and their clarion call for freedom and relief from the tragic grip of the pandemic and from the decades of repression and economic suffering to which they have been subjected by Cuba’s authoritarian regime,” Biden said in the statement. “The Cuban people are bravely asserting fundamental rights. Those rights, including the right to peaceful protest and the right to freely determine their own future, must be respected. The United States calls on the Cuban regime to hear their people and serve their needs at this vital moment rather than enriching themselves.”

The statement follows comments on Twitter by senior State Department official Julie Chung and Sen. Marco Rubio (R-Fla.) supporting the demonstrations. Rubio, whose state has the largest population of Cuban Americans, blasted Biden for not addressing the crisis sooner.

Thousands of Cubans demonstrated across the country on Sunday, at Havana’s Malecon promenade and elsewhere. The outpouring was extraordinary, in the face of the government’s reputation for cracking down on dissent.

“We are fed up with the queues, the shortages. That’s why I’m here,” one protester told the AP. 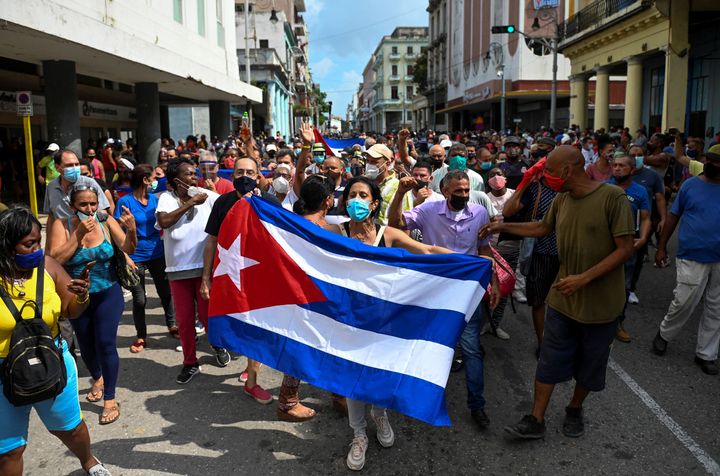 Protests supporting Cubans have since spread to other countries, including Miami’s Little Havana neighborhood and Spain’s capital of Madrid. 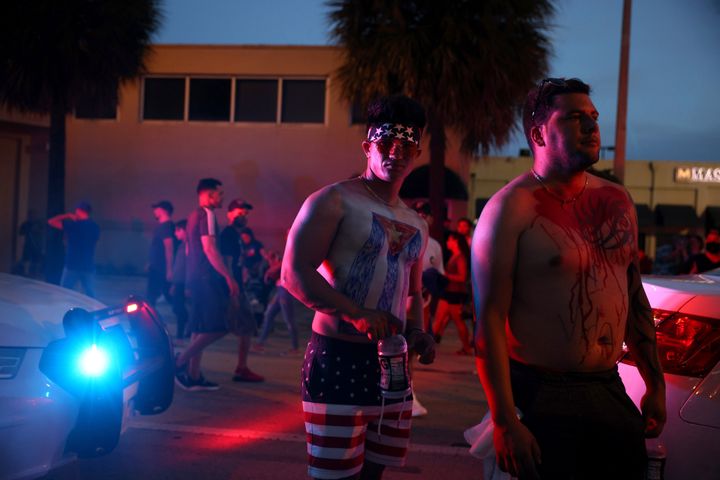 Cubans are demanding that President Miguel Diaz-Canel step down amid a surge in COVID-19 cases, a shortage of basic goods and curbs on civil liberties, Reuters reported.

Diaz-Canel blamed the unrest on the U.S. trade embargo. He added that his regime was “prepared to do anything,” to stop the protests, according to The Washington Post.