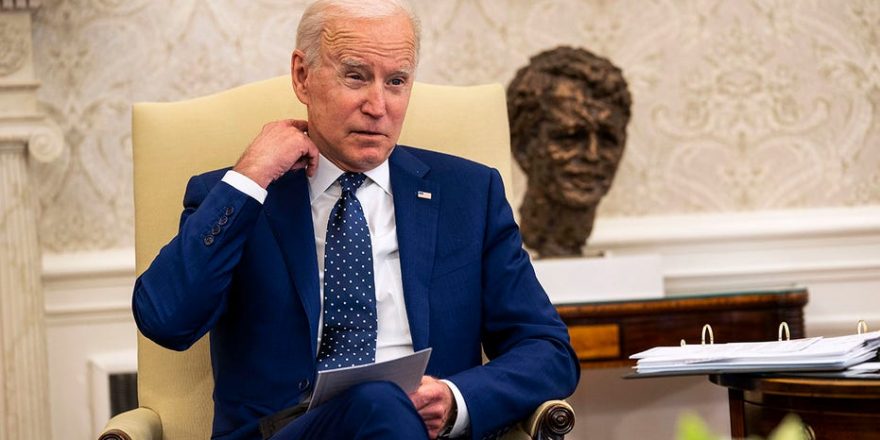 President Biden has revoked a Trump-era order that banned immigrants from obtaining visas if they couldn’t prove they could obtain health insurance or pay for health care.

The 2019 order denied visas to those seeking entry into the U.S. who were deemed a “financial burden” on the health care system. Biden, in a proclamation announcing the rollback, said the policy did not “advance the interests” of the nation.

The order came as he welcomed a group of “Dreamers” to the White House on Friday.

“My Administration is committed to expanding access to quality, affordable healthcare,” Biden’s proclamation states. “We can achieve that objective, however, without barring the entry of noncitizens who seek to immigrate lawfully to this country but who lack significant financial means or have not purchased health insurance coverage from a restrictive list of qualifying plans.”

The Trump order did not apply to immigrants who already live in the U.S. or to lawful permanent residents, refugees, asylum-seekers or children.

“Hospitals and other providers often administer care to the uninsured without any hope of receiving reimbursement from them,” the White House had explained in a statement at the time. “The costs associated with this care are passed on to the American people in the form of higher taxes, higher premiums, and higher fees for medical services. … The United States has a long history of welcoming immigrants who come lawfully in search of brighter futures. We must continue that tradition while also addressing the challenges facing our healthcare system, including protecting both it and the American taxpayer from the burdens of uncompensated care.”

Biden has rolled back a number of Trump-era immigration policies in his first few months in office, moves that some say have contributed to a surge in migrants at the southern border, including border wall construction, increased interior enforcement and the Migrant Protection Protocols, which kept migrants in Mexico while they awaited their hearings.

The Biden administration has blamed the Trump administration for not having been prepared for such a surge and has also focused on the “root causes” of the crisis, like poverty, gang violence and economic insecurity in Central America. It has proposed a massive $4 billion investment to help solve the issues, and Vice President Kamala Harris has been put in charge of the diplomatic talks.

Customs and Border Patrol encountered 178,622 migrants trying to enter the U.S. in April, a 3 percent increase over the approximately 172,000 encountered in March, which was the highest number in 20 years.