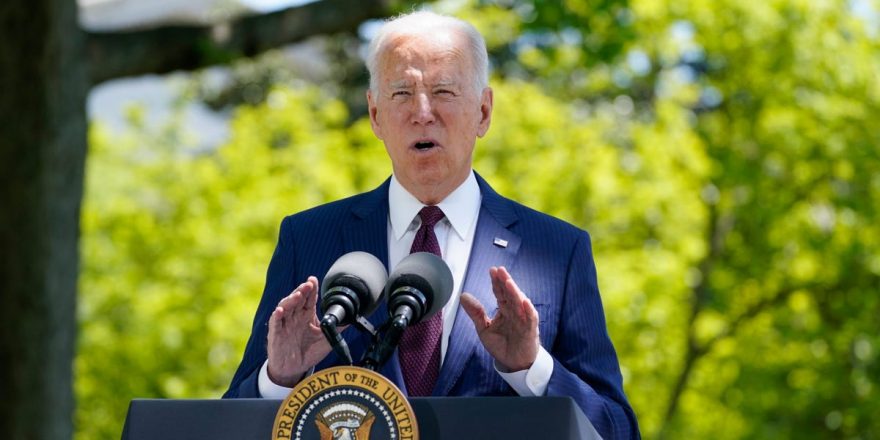 President Joe Biden plans to host the top congressional leaders from both parties on May 12, according to a White House official.

While Pelosi and Schumer have already met with Biden at the White House, this would represent the first trip to the Oval Office for McCarthy and McConnell since the president was inaugurated in January.

The meeting was first reported by Bloomberg News on Wednesday.

During his presidential campaign, Biden pledged to work in a bipartisan manner and turn down the fiery political rhetoric that was a hallmark of his predecessor, former President Donald Trump.

“The President looks forward to building on that engagement by having a dialogue with Leader Schumer, Leader McConnell, Speaker Pelosi, and Leader McCarthy about policy areas of mutual agreement and identifying common ground on which they can work together and deliver results on the challenges facing American families,” the White House official said.

White House press secretary Jen Psaki said that Biden “is eager to talk in-person” about partnering “on the goals of restoring trust in government and ensuring that government delivers for the American people.”

The meeting will take place two weeks after Biden is set to address a joint session of Congress for the first time on Wednesday, where he’ll discuss his $1.8 trillion plan that would offer universal pre-K and two years of free community college.

Biden’s latest proposal follows the $2 trillion infrastructure plan that Democrats hope to pass this year, along with a $1.9 trillion COVID-19 relief bill that was signed into law in March.

While Pelosi and Schumer enjoy a warm relationship with the White House, McCarthy and McConnell have been highly critical of Biden as he nears his 100th day in office.

Biden and McConnell have a long working relationship from the president’s tenure in the Senate, but political polarization has turned what was once a comely upper chamber into a more partisan atmosphere.

“Behind President Biden’s familiar face, it’s like the most radical Washington Democrats have been handed the keys, and they’re trying to speed as far left as they can possibly go before American voters ask for their car back,” McConnell said on the Senate floor on Wednesday.

On Sunday, McCarthy said that he had not had “one conversation” with the president since he took office.