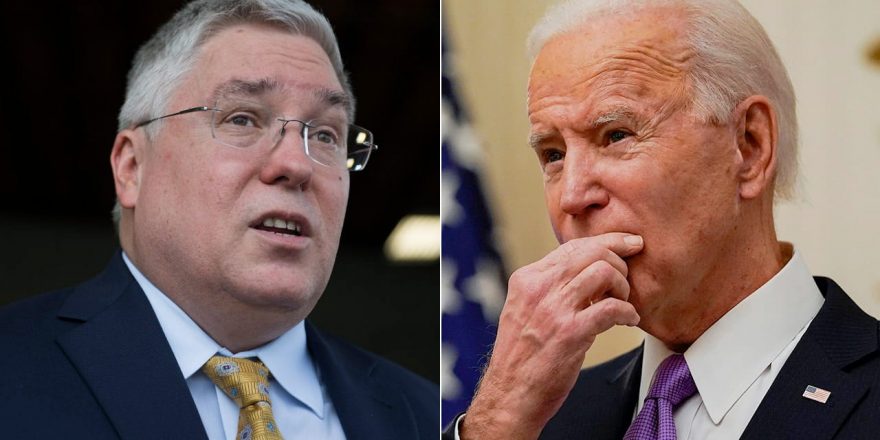 The president on Thursday announced a new set of executive actions and legislative proposals aimed at strengthening gun control, describing gun violence in the country as “a public health crisis” and adding that the administration’s actions do not imfringe upon Americans’ Second Amendment rights.

BIDEN ON THE SECOND AMENDMENT: ‘NO AMENDMENT IS ABSOLUTE’

“As a Christian, pro-life, gun carrying, conservative mama, you bet I’m not going to let Joe Biden take our Second Amendment rights away with just a simple stroke of the pen,” Arkansas Attorney General and 2022 gubernatorial candidate Leslie Rutledge said in a video posted to Twitter Friday. “As attorney general, I will push back against Biden’s gun grab.”

West Virginia Attorney General Patrick Morrisey said the Second Amendment is one of the “most important priorities” for West Virginia in a Thursday statement.

“I will not allow the far left to run roughshod over our citizens’ gun rights,” he said. “If President Biden follows through on his proposals, we will be in court very quickly.”

Morrisey added that “gun violence and the senseless death attributed to it should pain all Americans,” but “the evil acts of a select few should never be a catalyst for stripping the lawful masses of their constitutional rights, especially their right to self-defense and to bear arms.”

Chipman was an ATF special agent for 25 years and serves as senior policy adviser to gun-violence prevention group Giffords.

“David Chipman is @JoeBiden’s most extreme nominee so far,” Knudsen tweeted Friday. “He is a fanatic gun control lobbyist/activist who wants to tax and REGISTER all semi-autos. Chipman is not fit to be ATF director and his nomination alone is an attack on law-abiding gun owners.”

An administration official detailed the president’s gun-control measures to reporters on Wednesday. Among them, Biden is asking the Justice Department (DOJ) to propose within a month a rule to stop “ghost guns,” which are “kits” people can buy legally to assemble a functioning firearm that does not have a serial number.

Biden is also asking the DOJ to propose within 60 days a rule on braces used for handguns, which make them more accurate; to propose action on “community violence intervention”; to publish suggestions for “red flag” legislation; and is asking his administration to issue a report on gun trafficking.

A number of Republican lawmakers have also spoken out against the president’s gun-control measures, including House Minority Leader Kevin McCarthy of California, Sen. Ted Cruz of Texas, Sen. Josh Hawley of Missouri and Rep. Mike Gallagher of Wisconsin, among others.