How is the Trump campaign spending their money in final days of race?

Democratic nominee Joe Biden has repeatedly said that his race against President Trump is really a "campaign between Scranton and Park Avenue," referencing his upbringing in the industrial Pennsylvania city.

"I really view this campaign as a campaign between Scranton and Park Avenue. And I really mean it," Biden said at a CNN town hall in September. "Because, you know, when you're raised up here in this area, an awful lot of hard-working people bust the neck — all they ask for is a shot, just a shot. All that Trump can see from Park Avenue is Wall Street. All he thinks about is the stock market."

Trump raised $167 million in ZIP codes with a median household income of $100,000 or more, compared to Biden's whopping $486 million in the same locales, according to the New York Times' analysis.

Meanwhile, President Trump outraised Biden by $40 million among adults with some college education or less, bucking Republicans' former fundraising stronghold among college graduates, according to the New York Times. 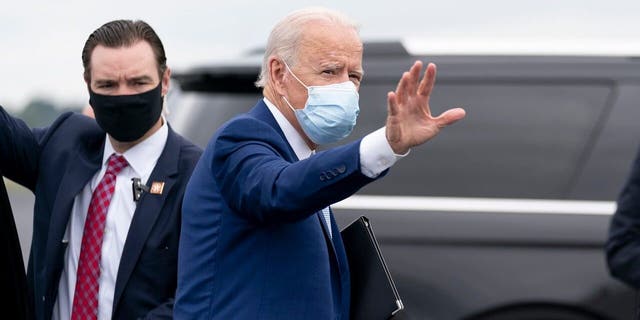 Biden outraised Trump nearly every day of the past two months, according to the New York Times.

The former vice president’s campaign had more than $177 million cash on hand as of Sept. 30, according to a filing with the Federal Election Commission on Tuesday evening. Trump’s reelection campaign reported $63.1 million in the bank.

THE 9 STATES THAT WILL LIKELY DECIDE THE PRESIDENTIAL ELECTION

Biden’s large fundraising advantage the past couple of months is fueling the disparity. Biden hauled in $281 million in September, more than three times the $81 million raised by the president. Trump’s report indicates that his campaign spent more money than it raised in September.

The New York Times analyzed $1.8 billion given to the candidates by 7.6 million people between April 1 and Oct. 14.

Fox News' inquiry to the Biden campaign was not returned at the time of publication.