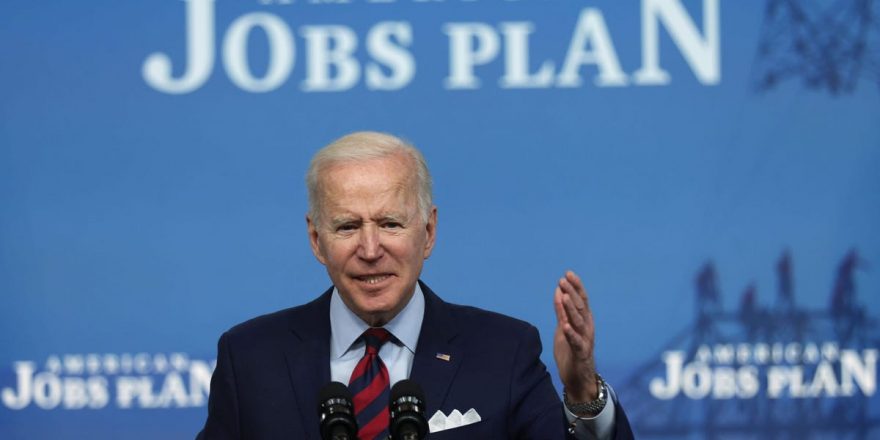 Biden appears to criticize Democrats Joe Manchin and Krysten Sinema, saying some members of his party 'vote more with my Republican friends'

President Joe Biden threw some shade at a couple of his fellow Democrats on Tuesday, saying he would be able to pass more of his agenda if his party enjoyed a larger majority in Congress — and if more of them voted like Democrats.

“I hear all the folks on TV saying, ‘Why doesn’t Biden get this done?’ Well, Biden only has a majority, effectively, of four votes in the House and a tie in the Senate, with two members of the Senate who vote more with my Republican friends. But we’re not giving up.”

That appears to be a reference to Sen. Joe Manchin, of West Virginia, and Sen. Krysten Sinema, of Arizona, both of whom have opposed Democrats’ efforts to abolish the filibuster, which allows Republicans to block the passage of legislation with just 40 votes.

The remarks came during a speech marking the 100th anniversary of the massacre of Black residents in Tulsa, Oklahoma. Biden implored Congress to pass his $2 trillion infrastructure plan, in part to address a stark divide between the wealth of typical white and Black families, CNN reported.