With Sen. Elizabeth Warren continuing to climb in Democratic presidential primary polls, in part, at the expense of his own campaign, Sen. Bernie Sanders, in an interview on Saturday with ABC News’ “This Week,” explicitly highlighted a key difference in their core economic philosophies.

“There are differences between Elizabeth and myself,” Sanders, I-Vt., said in an interview with ABC News Chief White House Correspondent Jonathan Karl that will air Sunday morning. “Elizabeth, I think, as you know, has said that she is a capitalist through her bones. I’m not.”

The statement comes as Sanders, whose Democratic Socialist ideologies positioned him as Hillary Clinton’s chief progressive rival in 2016, has found himself overtaken by Warren in the majority of national and early state surveys in recent weeks, leading to questions — particularly in the aftermath of the heart attack he suffered last week — about the viability of his 2020 campaign in a very crowded field.

In 2018, Warren was quoted as saying “I am a capitalist to my bones” during an event hosted by the New England Council, a non-partisan regional business organization. 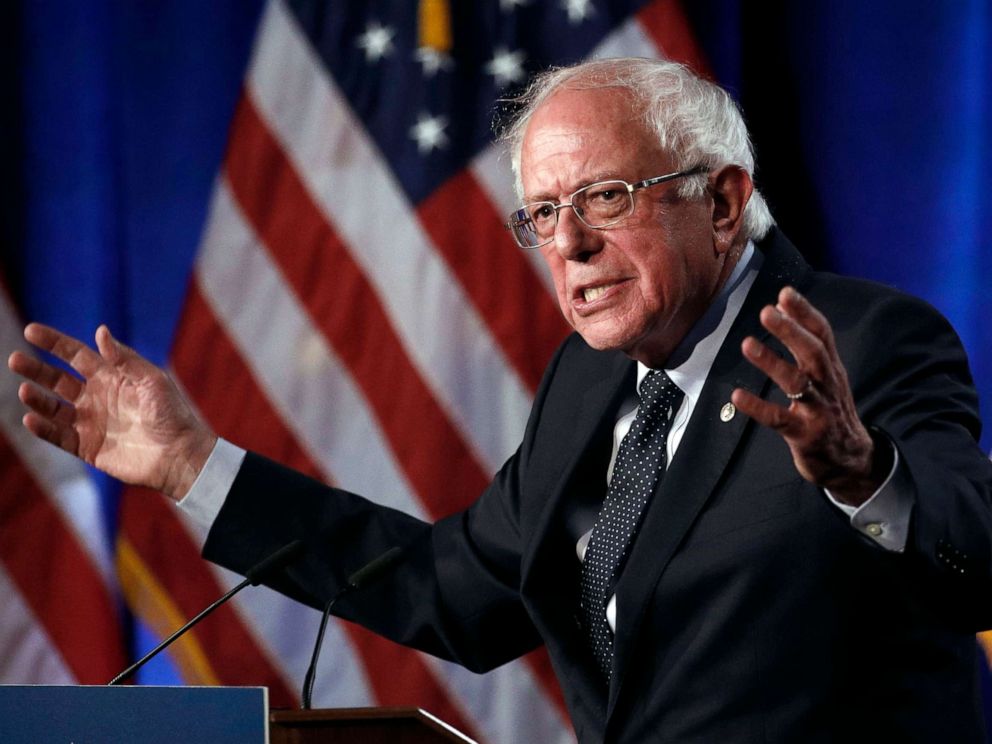 Sanders pushed back at the idea that he and Warren hold “identical positions,” and added, of the notion that voters would prefer the similarly liberal Warren given she is younger and free of health concerns, that he is the sole candidate willing to take on the nation’s “ruling class.”

“I am, I believe, the only candidate who’s going to say to the ruling class of this country, the corporate elite: Enough. Enough with your greed and with your corruption,” Sanders said. “We need real change in this country.”

Sanders noted that he and Warren have been friends “for some 25 years,” and he thinks “she is a very, very good senator,” but again contrasted their different economic beliefs.

“Elizabeth considers herself — if I got the quote correctly — to be a capitalist to her bones,” he said. “I don’t.”