Home » Australia says citizen is in arbitrary detention in China 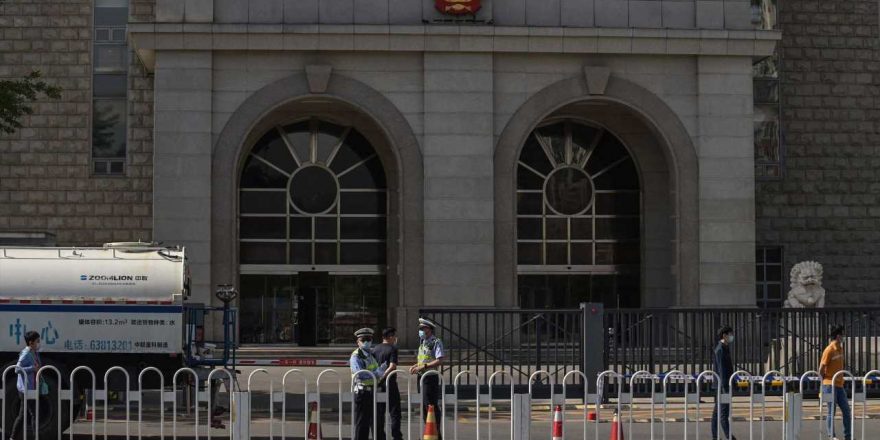 Australia says citizen is in arbitrary detention in China

Australia considers the incarceration of a Chinese-Australian writer who has been tried in Beijing for alleged espionage a case of arbitrary detention, the foreign minister said on Friday.

Yang Hengjun faced a closed trial on Thursday. The court deferred its verdict to a later date.

"Given our enduring concerns about this case, including the lack of detail as to the charges and the investigation made available to Dr. Yang and to Australia, we consider this to be an instance of arbitrary detention of an Australian citizen," Foreign Minister Marise Payne said in a statement.

Australia first warned its citizens of the risk of arbitrary detention if they visited China in a travel advisory in July last year. The Department of Foreign Affairs and Trade advised that Chinese "authorities have detained foreigners because they're 'endangering national security,' " adding that Australians may also be at risk.

The Chinese Embassy in Australia dismissed the warning as "ridiculous" and "disinformation."

Australian Embassy officials visited Yang in detention on Friday and gave assurances that Australia stood by him and his family "at this very difficult time," Payne said. It was the 20th consular visit since Yang was taken into custody on arrival in China in January 2019.

Ambassador Graham Fletcher was denied entry to the court on Thursday.

Payne said Australian officials' presence at the court entrance reinforced her government's support for Yang and "our deep concerns with what continues to be a closed and opaque process."

Chinese authorities have not released any details of the charges against Yang, a novelist who reportedly formerly worked for China's Ministry of State Security as an intelligence agent.

Yang has denied the accusation against him, and while a conviction is virtually certain, it isn't clear when the verdict will be handed down. The espionage charge carries penalties ranging from three years in prison to the death penalty.

The trial comes at a time of deteriorating relations between the two countries, brought on by Chinese retaliation against Australian legislation against covert foreign interference in its domestic politics, the exclusion of telecommunications giant Huawei from Australia's 5G phone network, and calls for an independent investigation into the origins of the Covid-19 outbreak that was first detected in China in late 2019.

Beijing has essentially suspended all but the most routine contacts between the sides, while state media and the Foreign Ministry routinely attack Australia as adopting anti-Chinese policies at the behest of the United States, China's main geopolitical rival.

Australian journalists Michael Smith of the Australian Financial Review and Bill Birtles of the Australian Broadcasting Corp. fled China in September after sheltering in Australian diplomatic compounds following demands for questioning by Chinese authorities. They were allowed to depart China under a deal brokered between the two governments, leaving Australian media without a physical presence in the country.

Before their departure, Chinese police questioned both journalists about Australian citizen Cheng Lei, a business news anchor for CGNT, China's English-language state media channel, who had been detained a month earlier.