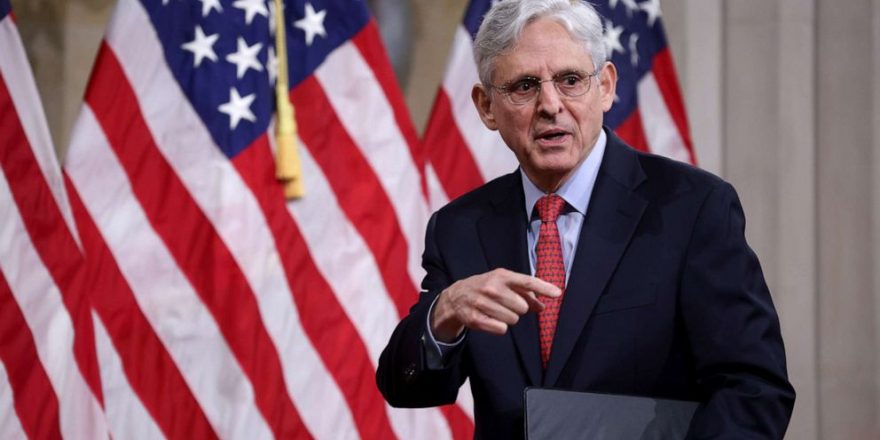 “Over generations to come, the national strategy recognizes that we cannot prevent every attack, the only way to find sustainable solutions is not only to disrupt and deter, but also to address the root causes of violence,” Garland said.

He cautioned that domestic violent extremists could use social media platforms to further radicalize followers.

“Today, people may be drawn to social media and then to encrypted communications channels there,” Garland said. “They may interact with like minded people across the country and indeed the world want to commit violent attacks. And they may then connect with others who are formulating attack plans, as well as mustering the resources, including firearms and explosives, to execute them.”

The Biden administration laid out its “core” four pillars to combat domestic violent extremism on Tuesday, releasing a long-awaited report that highlights the administration’s effort to combat what law enforcement leaders say is the biggest threat to national security.

The report was born out of an executive order issued by President Joe Biden shortly after he took office.

The strategy will center on information sharing, thwarting DVE recruitment and mobilization efforts, disrupting activity before violence occurs and addressing the long-term issues that lead to domestic violent extremism.

Garland said the Justice Department has already been implementing additional resources such as training for U.S. attorneys and asking for an increase in the 2022 budget to help combat the DVE threat.

“Our focus as members of the Department of Justice and as a federal government is to prevent, disrupt and deter unlawful acts of violence,” Garland said. “Whatever their motive as a national strategy makes clear, there is no place for violence as a means of resolving political differences in our democracy.”