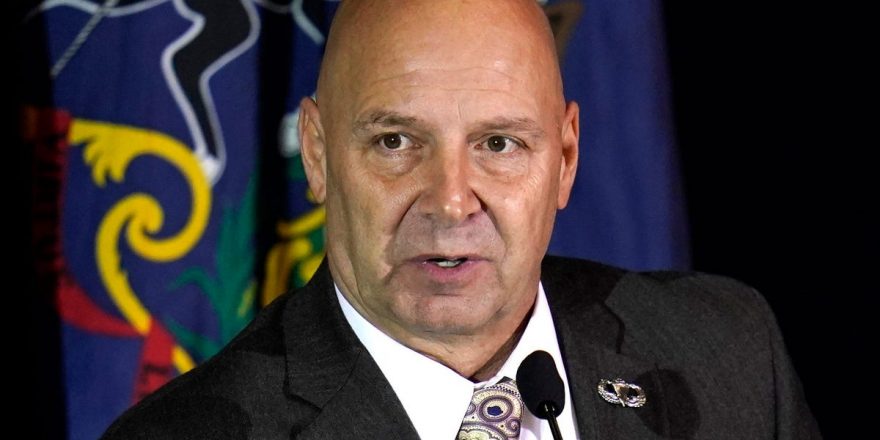 A Pennsylvania lawmaker who spent thousands of dollars to bus protesters to the US Capitol on January 6 will be in Arizona this week to tour the site of a GOP-backed “audit” of the 2020 election.

State Sen. Doug Mastriano is part of a three-person “delegation” from Pennsylvania that will be meeting with fellow Republicans and those counting ballots in Maricopa County, which President Joe Biden won by more than 45,000 votes, a victory certified by local GOP elections officials who oppose the current audit.

As WHYY reported, Mastriano spent more than $3,300 in campaign funds to charter buses from Pennsylvania to Washington, DC, on the day of the insurrection at the US Capitol. Recently uncovered video shows Mastriano, a potential candidate for governor who has boasted of support from the former president, “breaching a police barricade” and walking on the lawn outside the building, according to Pennsylvania Spotlight.

Mastriano’s visit was announced by the official Twitter account of the “Maricopa Arizona Audit,” which was commissioned by Arizona Republicans in the state Senate and is being conducted by a private firm, Cyber Ninjas, whose founder last fall shared pro-Trump conspiracy theories about election fraud. The visit will include a tour and getting “a brief from the forensic audit team,” according to the account.

The lawmaker will be accompanied by two other Pennsylvania Republicans: state Sen. Cris Dush and state Rep. Rob Kauffman. All three signed letters in January asking Congress to not certify Pennsylvania’s election results.

The lawmakers’ visit comes after the US Department of Justice expressed “concerns” that the partisan audit may be in breach of federal law. Arizona Secretary of State Katie Hobbs, a Democrat, also recently urged local officials not to reuse any election equipment that has been in the hands of Cyber Ninjas, saying the integrity of the machines has been compromised — advice echoed by the US Department of Homeland Security.