One of the best things you can do to fend off the coronavirus is to stay home when you’re sick.

The United States is one of the few countries in the world without a nationwide paid sick leave policy. In addition, millions of Americans don’t have health insurance, or have insurance policies designed to keep them away from the doctor’s office, with high copayments and deductibles. Combined, both issues highlight how the coronavirus, or COVID-19, outbreak could test the United States’ uniquely weak social safety net.

“Right now we’re looking at a situation where we have a lack of policies that most other countries take for granted that protect their public health,” said Kristin Rowe-Finkbeiner, executive director of MomsRising, a nonprofit that advocates for paid leave.

This isn’t a “coronavirus” problem. It’s important to note that although the Centers for Disease Control and Prevention warned Americans earlier this week about the possibility of an outbreak of this disease, so far there have been very few reported cases inside the U.S. However, fears over an outbreak have put the spotlight on the public health system — for some Democrats, coronavirus basically makes the case for long sought-after policies like universal health care and paid sick and family leave.

“We have long had a slow, silent national emergency when it comes to any virus, flu or coronavirus,” Rowe-Finkbeiner said. “It’s irresponsible not to have everyone have access to paid sick days this year or any year.” 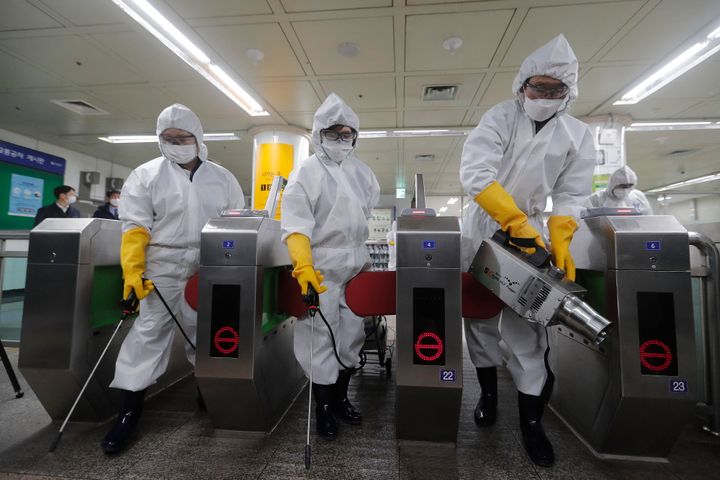 Flu rates are higher without sick leave. What about coronavirus?

In the U.S., just 10 states, 20 cities and three counties have some kind of paid sick leave policy, compared to the rest of the world, where more than 145 countries offer this basic benefit. Research shows that people who live in those places are less likely to get sick.

Lack of paid sick leave is certainly a “risk factor” in terms of the spread of coronavirus, said Nicolas Ziebarth, an associate professor in health economics at Cornell University.

For a paper he published in 2019 in the Journal of Public Economics, Ziebarth looked at Google data on flu rates, and compared cities that have a paid sick leave policy to those that don’t. He found that flu rates are 5% lower in places with paid sick leave.

Now he thinks that number might even be low. For an upcoming paper, Ziebarth used more precise CDC data and has found that rates are actually 11% lower in states with paid sick leave.

It’s hard to overstate what it means to not have access to paid sick leave when you’re already just barely getting by. Sick people who can’t afford to lose a day’s work end up going to work. Workers medicate with over-the-counter drugs. They get their co-workers sick.

“It’s not even a ‘choice,’” said Andrew Gnome, who worked in a fast-casual pizza restaurant for nine years, missing only two days of work. “It doesn’t even enter your mind you have a choice.”

Aside from not wanting to miss out on pay, workers who call in sick to these kinds of jobs are typically tasked with finding someone else to take their shift, he said. “If you take any time for yourself. If you’re late, going to the doctor, you are hurting someone else you are relying on and counting on.”

And few workers are going to the doctor.

“Nobody in the restaurant industry goes to the doctor when they’re sick,” Gnome, who now works at a job with benefits in Colorado, posted on Twitter Thursday. “I have watched people PRIDE themselves on working through illness and injury.” 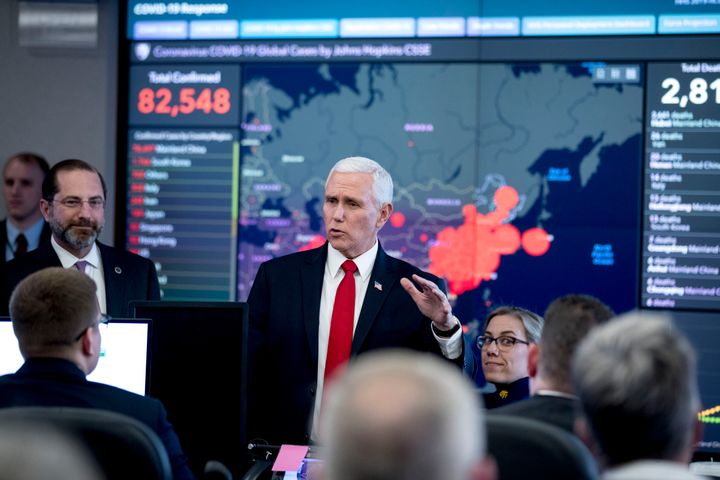 Working from home isn’t an option.

With the coronavirus threat bearing down, many companies are telling employees to work from home. But for low-wage hourly workers, this just isn’t an option. Many work in industries with a lot of contact with the  community ― people who serve food, care for children or clean offices and homes.

Ziebarth said he’s hopeful that employers will recognize the risks of having workers come in sick and actually encourage workers to stay home. “That would just be reasonable,” he said.

It’s not just sick leave. The U.S. lacks any kind of comprehensive paid family leave policy, which would enable workers to take time off to care for a close family member’s health issues.

Erika Farrell, a mother of three in Maryland, lost her temp job in the early 2000s because she had to take so much time off to care for her young son who had just started daycare and cycled through chicken pox, ringworm and more. “You name it, he got it,” she said.

She doesn’t regret staying home. “I had to take care of him to prevent more kids from getting sick,” Farrell, who is part of MomsRising, now advocates for paid leave herself.

Millions are uninsured. Many more have terrible insurance.

Even if you can take time off when you’re sick, you might not be able to afford a trip to the doctor.

Slightly more than 10% of Americans, or about 30 million people, don’t have health insurance ― typically because either their employer doesn’t offer any, or if they do, it’s too expensive.

Uninsured Americans are far less likely to go to the doctor. Since many cases of coronavirus are fairly mild, it’s not hard to see how an infected person could self-medicate through an illness while infecting others.

Even Americans with insurance face obstacles to getting care, because it’s still so costly thanks to high copayments.

One woman on Twitter told HuffPost she pays $160 every time she sees her primary care physician.

And then there are the deductibles, i.e., the amount of money you have to spend out-of-pocket before your insurer starts footing the bill. This can mean thousands of dollars. Deductibles have been going up for decades.

And since it’s the beginning of the year, most people haven’t come near clearing those deductibles.

“If we as a society are going to face a spreading infectious disease, the worst time of the year is the beginning of the year,” said John Graves, an associate professor of health policy at Vanderbilt University Medical Center. 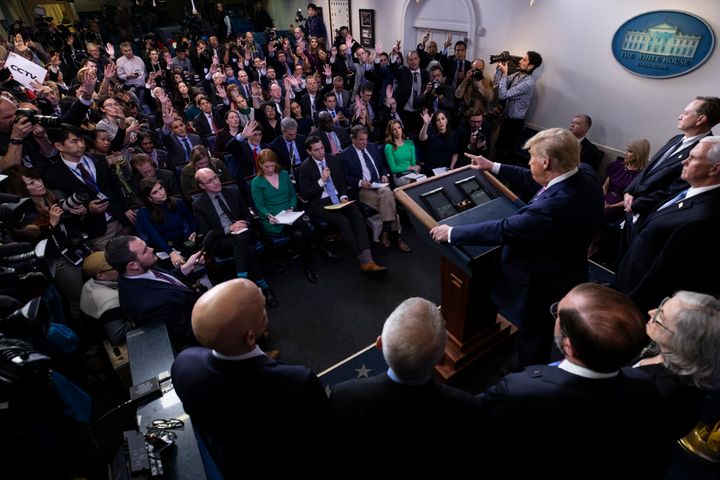 Graves said the U.S. health care system is simply not designed to deal with a potential pandemic. First of all, the U.S. relies on employment-based insurance system. If an outbreak leads to an economic downturn and people are thrown out of work, they’re also going to lose health care coverage.

Second, health insurance is specifically designed to encourage people not to see the doctor through so-called “cost-sharing.” The reason copyaments and deductibles exist is to discourage people from visiting the doctor or going to the hospital for every “cough and sniffle,” Graves said.

But in the case of coronavirus, every cough and sniffle matters, he said.

Compounding the issue: In 2018, the Trump administration made it easier for people to buy insurance plans with less generous coverage. These plans also don’t always cover expenses stemming from preexisting conditions.

The idea was to provide a cheaper alternative for people buying plans on their own and frustrated with the cost of plans available through the Affordable Care Act. But these new plans, which many experts consider junk policies, can have even higher out-of-pocket costs.

Something like that appears to have happened recently to Osmel Martinez Azcue, whose story appeared in the Miami Herald.

Last month, Azcue returned home to Miami after a work trip to China. He felt like he was getting the flu. Aware of the threat that could pose, he went to a local hospital to be tested.

Turns out he just had the flu. For simply getting the flu test, he got a hospital bill for $3,270. The hospital told the Herald more bills could be on the way.

Azcue apparently had health insurance through one of the new limited Trump plans.

“How can they expect normal citizens to contribute to eliminating the potential risk of person-to-person spread if hospitals are waiting to charge us $3,270 for a simple blood test and a nasal swab?” Azcue asked the Herald.