Home » Politics » America Talks: What we can learn from King and Reagan about bridging our patriotic divide 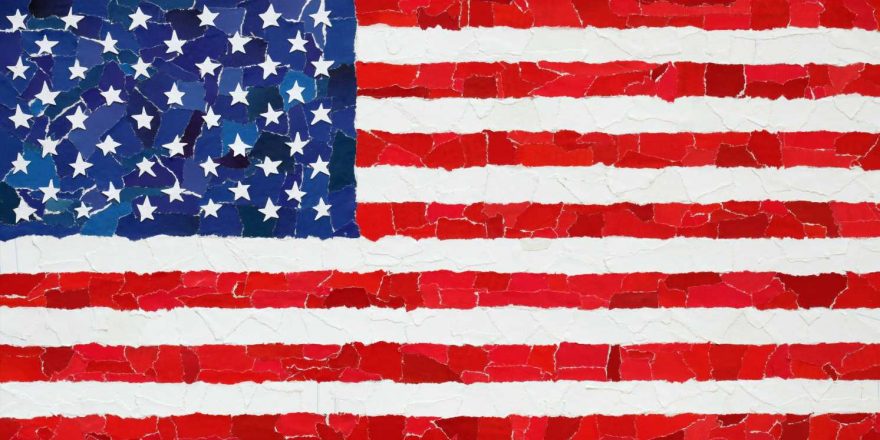 America Talks: What we can learn from King and Reagan about bridging our patriotic divide

A movement is underway to unite America. Across the land, bridge-building organizations, conscience-driven journalists and voices in the tech space are looking for ways for Americans to build anew the bonds of trust that make earnest democracy possible.

These are people who love America. The work of unity is a patriotic endeavor. But it is incumbent upon those of us who would take up this cause to recognize that one source of the division that plagues us is the language of patriotism itself.

I am national ambassador for Braver Angels, America’s largest grassroots, bipartisan organization dedicated to the work of political depolarization. We work to restore trust across the partisan divide. This requires us to understand the different ways our fellow citizens view America.

In left-leaning American society, we witness a way of talking about our country that strives not to be blind in its moral assessment of our nation’s past and present. “Our democracy’s founding ideals were false when they were written,” wrote Nikole Hannah-Jones for the New York Times’ 1619 Project, making the point that they have become truer only through the efforts of a marginalized Black community relentlessly seeking to make them so.

America Talks: Should the U.S. have stricter laws on the sale of guns?

Progressive voices often speak in terms of America’s potential to be great. There is of course recognition of American social progress on the mainstream left. Yet there has been a move toward focusing more on our imperfection with respect to matters of race and justice as the necessary balancing of praise for American ideals.

This is evident even in the shifting emphases of Barack Obama, who in a much-heralded speech on race during the 2008 campaign talked about his multicultural background, a childhood lived in part in one of the poorest nations in the world, and the slave ancestry of his wife’s family. He then patriotically argued that “in no other country on Earth is my story even possible.”

More recently, in a memoir published in 2020, Obama places his faith in a more just future in the hands of younger Americans “who insist on making real those principles that their parents and teachers told them were true but perhaps never fully believed themselves.”

This tempering sentiment was captured well by President Joe Biden in his inaugural address: “Our history has been a constant struggle between the American ideal that we are all created equal and the harsh, ugly reality that racism, nativism, fear, and demonization have long torn us apart.”

The painful realities of our history have led some to concentrate on the goodness of American ideals in spite of her history. But for most conservatives, America has already largely realized these ideals as a direct consequence of the defining features of her heritage.

America Talks: Do you approve of the job Joe Biden is doing as president?

Yes, America held slaves. Yet, more than 300,000 Americans gave their lives so that we might remove that stain from our country.

Yes, legal racial segregation endured for a century after the Civil War. But a bipartisan majority in Congress and a massive moving of the American conscience abolished these legal prescriptions once and for all.

In the meantime, courageous American soldiers laid down their lives to defeat fascism around the globe.

Thanks to American resolve the sunrise of liberty prevailed over Soviet communism, liberating millions who suffered in authoritarian darkness behind the Iron Curtain.

“No country in history has fought for the liberty of others as much as America has,” states Dennis Prager, a longtime thought leader of the conservative movement.

Sign up for America Talks to join thousands of other Americans on June 12 who will meet one-on-one in hourlong video conversations across political divides. (Photo: Getty Images)

As popular conservative commentator Ben Shapiro has said, “Slavery has been a feature of societies across time and place. Freedom is what makes America unique.”

It may seem as if these ways of valuing America are irreconcilable. But we should not reconcile ourselves to that view. History unfolds in dialectic among lovers of their country who may not always recognize one another as such. But history itself proves this can change.

King focused on promise of America

Martin Luther King Jr., though never a partisan, was a man of liberal political sentiments. Pro-labor and staunchly anti-war in addition to being America’s foremost voice in the cause of civil rights, he pushed what at the time was considered by some to be revolutionary changes to the status quo.

Dr. King spoke of the promise of American ideals in the most glowing possible terms. But he did so in ways that honored the shared heritage of American society. Dr. King spoke before “the great symbolic shadow” of Abraham Lincoln as he delivered the “I Have a Dream” speech. He spoke of the “noble dream” of the Founding Fathers even as he emphasized that “slavery and segregation have been strange paradoxes in a nation founded on the principle that all men are created equal.”

Ronald Reagan remains to this day the most consequential conservative politician in modern American history. In the early 1960s he was broadly an opponent of Dr. King’s efforts, vociferously supporting the anti-civil rights reform campaign of Barry Goldwater.

Like Dr. King, however, Reagan inspired millions of Americans with a vision of what our country could be. He gave deep annunciation to the values of American heritage, from which Reagan drew his commitment to a free and prosperous American future.

So spoke Reagan while accepting the Republican nomination for president in 1980: “Three-hundred and sixty years ago, 1620, a group of families dared to cross a mighty ocean to build a future for themselves in a new world…This single act — a voluntary binding together of free people to live under the law — set the pattern for what was to come.”

These American settlers from whom Reagan drew inspiration could never have foreseen the civil rights movement or the work of Dr. King. Yet ultimately it was Reagan who signed Martin Luther King, Jr. Day into law — an honor, Reagan would point out, reserved only for George Washington and Abraham Lincoln before.

In the moral dialectic of American history, Reagan came to see that the forward-looking idealism of Dr. King did not contradict but rather advanced the legacy of freedom that each man ultimately shared in the joint inheritance of American heritage.

Four years after signing the King holiday into law, Reagan reflected on Dr. King in a nationally televised address to American high school students: “Lincoln may have been before my time, but I do remember Dr. King. Even those who had disagreements with Dr. King now recognize that the changes he brought about were right, and in the long run made our country stronger.”

It is hard to imagine that President Reagan was not speaking of himself in saying so. Time and change had bridged the patriotic divide between a Ronald Reagan and a Dr. King.

It may yet bridge the divide between those who love the ideals of America and those who would honor the heritage that birthed them.

We cannot accomplish this today, however, unless Americans speak to each other. This is why Braver Angels supports the America Talks initiative, which will take place June 12-13, and the National Week of Conversation along with partners across America, hosting discussions aimed at bringing red and blue together.

Because it is only together that we will be able to bridge the patriotic divide.

John Wood Jr. is a national ambassador for Braver Angels, a former nominee for Congress, former vice chairman of the Republican Party of Los Angeles County, musical artist and a noted writer and speaker on subjects including racial and political reconciliation.