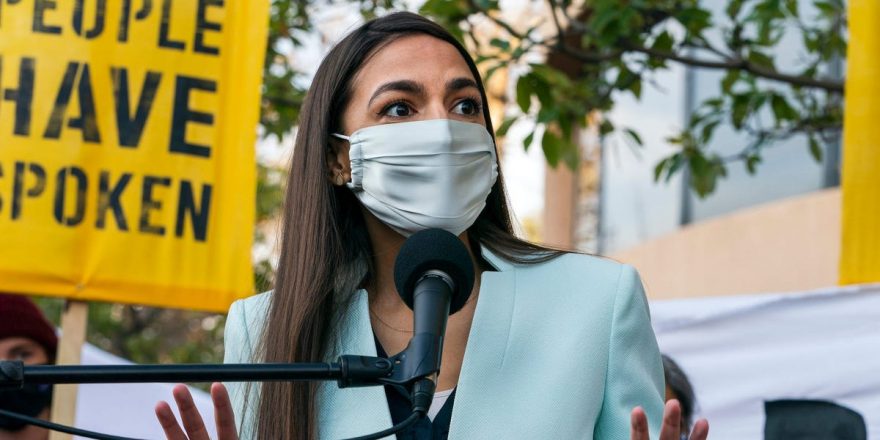 Rep. Alexandria Ocasio-Cortez criticized fellow Democrat Andrew Yang, a New York City mayoral candidate, for his statement in support of Israel amid the most deadly conflict between Israel and Palestine in years.

Ocasio-Cortez expressed solidarity with Queens organizers who disinvited Yang from a Ramadan-related event on Tuesday following his pro-Israel statement.

“Utterly shameful for Yang to try to show up to an Eid event after sending out a chest-thumping statement of support for a strike killing 9 children, especially after his silence as Al-Aqsa was attacked,” she tweeted. “But then to try that in Astoria? During Ramadan?! They will let you know.”

Israeli airstrikes have killed 30 Palestinians, including 10 children, and injured 203 others, Gaza health officials reported on Tuesday night. At least three Israelis have been killed and 100 have been wounded by Hamas’ rocket attacks.

Yang said he believed he was asked not to attend the event, which involved distributing groceries ahead of Eid, because of his position on Israel.

“The organizers of the event decided it would be better if we did not attend and we were happy to abide by their wishes,” he told reporters Tuesday.

On Monday night, Yang tweeted out his staunchly pro-Israel statement.

“I’m standing with the people of Israel who are coming under bombardment attacks, and condemn the Hamas terrorists,” Yang wrote. “The people of NYC will always stand with our brothers and sisters in Israel who face down terrorism and persevere.”

When Yang was confronted by a few New Yorkers in Astoria, Queens on Tuesday, he called the conflict “heartbreaking,” but wouldn’t condemn Israel’s airstrikes. This is the second time Ocasio-Cortez has publicly criticized Yang’s policy positions during his mayoral campaign, but the congresswoman has otherwise stayed out of the race.

Progressives have also criticized President Joe Biden and his administration for not speaking more strongly in defense of Palestinian civilians. A US State Department spokesperson called for “calm” and urged both sides to “de-escalate,” refusing to comment on the civilian deaths.

Sen. Bernie Sanders, the Vermont progressive, called on the US to “speak out strongly against the violence by government-allied Israeli extremists in East Jerusalem and the West Bank, and make clear that the evictions of Palestinian families must not go forward.”

“We stand in solidarity with the Palestinian residents of Sheikh Jarrah in East Jerusalem,” Ocasio-Cortez tweeted on Saturday. “Israeli forces are forcing families from their homes during Ramadan and inflicting violence. It is inhumane and the US must show leadership in safeguarding the human rights of Palestinians.”