Home » Aides to Joe Biden describe the president as having a 'short fuse' but he never erupts in fits of rage like Donald Trump, report says 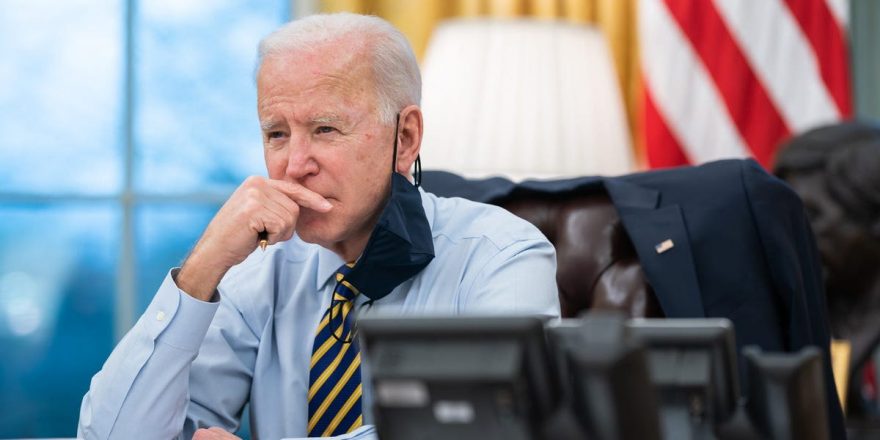 President Joe Biden is “obsessed with detail” and will “often snap” if advisors don’t answer his many questions, the New York Times reported Friday.

In an in-depth new portrait by Times, more than a dozen former and current staffers paint a picture of a president who takes his time with the decision-making process, making sure he gets opinions from all sides before coming to a conclusion.

“He has a kind of mantra: ‘You can never give me too much detail,”’ Biden’s National Security Advisor Jake Sullivan told the Times.

But Biden is also gripped by a sense of urgency, which leaves him prone to “flares of impatience,” the Times reported.

According to numerous people who regularly interact with him, the president has a “short fuse” and will often cut people off if they don’t come prepared with as much detail as possible. Three advisors who work closely with the president have cited several instances where Biden hung up the phone on people he thought were wasting his time.

Read more: Biden’s menthol cigarette prohibition is so obviously stupid and wrong it boggles the mind

“You become so hyper prepared,” said Dylan Loewe, a former speechwriter for Mr. Biden. “‘I’ve got to answer every conceivable question he can come up with.'”

But most advisors said Biden’s “flares of impatience” are nothing like the fits of rage, Former President Donald Trump, was known for, the Times reported.

Some aides said the president frequently displays bouts of “unexpected warmth” and is a caring family man at heart. He often calls or leaves voice notes for his grandchildren and is back in the White House residential wing by 7 p.m. each night to eat dinner with First Lady Dr. Jill Biden.

Christopher Freeman, a caterer who used to work for Biden when he was vice president, told the Times that the foodstuffs staff had been asked not to serve leafy greens at public events because Biden doesn’t want to be photographed with green bits in his teeth.